An American in Paris: UPS Invests in France 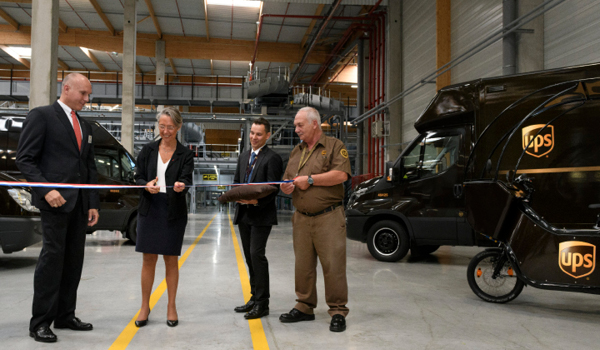 French Minister of Transportation Elisabeth Borne, the mayors of Corbeil-Essonnes and Évry, and other dignitaries attended the opening ceremony for UPS's new advanced technology Paris hub.

"This $100-million advanced technology facility spans four soccer fields," says Nando Cesarone, president of UPS International. "And it's the single biggest investment UPS has ever made in France."

The building is equipped with advanced technology and automated sorting equipment, and has the potential to sort up to 37,000 packages per hour, which is more than twice the capacity of the two facilities in Chilly-Mazarin and Savigny that it replaces.

The facility is a part of the company's multi-year, $2-billion European investment plan, which aims to modernize and expand the UPS network across the continent.

UPS has been offering services in France since 1985 and established its own operations in 1988. The company currently has 56 operating facilities in France, has a fleet of more than 800 delivery vehicles, and serves six airports—Bordeaux, Lyon, Marseille, Paris-Roissy, Rennes, and Toulouse.