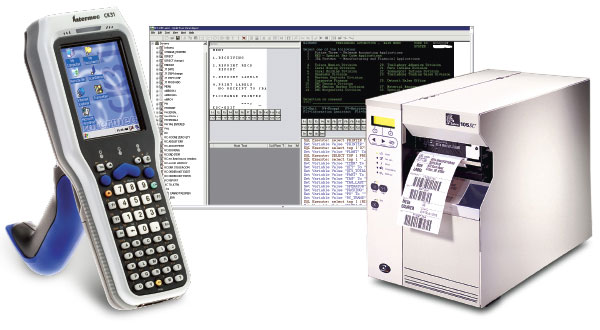 Bar-code technology has helped revolutionize the automotive industry by providing fast, accurate inventory and shipping information for supply chain partners to share. But just because a manufacturer deploys bar-code scanners in its facilities doesn't mean it is using the technology effectively.

Take Trelleborg Automotive Americas, for example. The company had been scanning bar codes in its factories for several years. But disparate shipping and receiving systems were outmoded and operated independently of each other, and production staff relied on paper tickets to track work in process.

Trelleborg Automotive Americas is part of Trelleborg AB, a global supplier to the automotive, aerospace, and construction industries. The Americas division is primarily a rubber injection operation that makes anti-vibration parts including engine mounts and hydro bushings for automotive OEMs such as Ford and GM, as well as suppliers including TRW and Delphi.

"We needed to take the bar-code system to the next level, gain the ability to trace lots, and eliminate manual paperwork," says John Jacobs, IT developer at Trelleborg. "We wanted a complete electronic system from receiving back to shipping."

The company also wanted to replace its manual job tickets with a bar-coding system. "Under our old paper system, operators manually recorded traceability information, the parts they made, what kind of scrap was generated, and what machine they were working on," Jacobs says. "That information was then entered into the ERP system."

Operators on the factory floor had to manage these paper tickets and record production information by hand, in addition to running their machines.

Trelleborg found its solution when IT Manager Kevin Warner attended a project management training class and learned about Integrated Barcoding Systems (IBS), a data collection solutions provider based in Adrian, Mich. Impressed with what he heard, Warner visited an IBS customer site to see the company's QuikTrac data collection software in action.

Trelleborg eventually chose to deploy QuikTrac because it could integrate the solution with an existing ERP system from JBA International (now part of Infor).

"The ability to integrate was a key deciding factor, because when we started looking for a new solution our AS400 programmers said the ERP system was so customized it would be difficult for the bar-code guns to interact with it," Jacobs says. "But when IBS implemented the integration, we experienced very few problems."

Trelleborg also selected QuikTrac because it could cut costs by developing and expanding the bar-code system using internal resources.

Now that it has been implemented, the QuikTrac system allows Trelleborg complete visibility, from the time raw material arrives at the plant until finished goods are shipped to customers.

As raw material arrives at the dock door, employees in the receiving area scan the bar-coded labels on the boxes using Intermec CK31 mobile computers with integrated scanners. Once received, materials are stored in one of several warehouses located at each plant.

"We use the bar-code serial number on the box for lot traceability," Jacobs says. "Once the material is scanned, the system tells us which warehouse it goes to."

Before being stored, though, the material goes through a quality control (QC) check process. The quality department receives a report as soon as material arrives, which has condensed the time it takes for materials to be released for the QC check.

"The box can't go any farther without that quality control check," Jacobs notes.

Once an order comes up from the production floor, fork truck drivers retrieve the material from the warehouse. The retrieval process is largely a visual system, as Trelleborg does not currently use the bar-code scanning solution to manage inventory in the warehouses.

Team leaders on the plant floor scan a bar-coded job worksheet, which retrieves the bill of material from the AS400.

"At that point, the operators know all the material that has to be at the production press, and they scan the boxes that come from the warehouse," Jacobs says. "The system won't let them proceed until they have scanned all the material they need."

Products are packed into their final shipping boxes on the plant floor as they are manufactured. "As a job is finished, we scan the boxes to collect data on the finished goods as well as the scrap," Jacobs says. "QuikTrac updates the ERP system immediately."

The finished goods then undergo a final quality control audit, a process that the scanning system has expedited.

"Under the old system, auditors had to scan each box as it was palletized," Jacobs recalls. "They no longer have to do that because we scan everything on the plant floor. The system validates that there are 72 boxes for the pallet, and the auditors do the quality control check."

Once the boxes move into the shipping area, they are scanned against the shipment information to validate the right boxes are loaded onto the right trucks, and Trelleborg issues an electronic advance shipping notice (ASN) to its customers.

Trelleborg piloted the QuikTrac solution in its Sandusky, Mich., plant, and has since deployed it at two locations in Morganfield, Ky., as well as at a second location in Sandusky.

Staff in the receiving area only required minimal training, because they had been using a similar system already. The production staff, however, participated in longer training sessions.

"The production workers had never seen the scanners before," Jacobs says. "That worked to our advantage, however, because during training they suggested improvements that we could implement quickly using QuikTrac."

Trelleborg has seen significant improvements in accuracy and efficiency since deploying the end-to-end bar-code system. For one, the company has cut its physical inventory effort by 50 percent by replacing the manual system. "The manual system was extremely labor-intensive and mistake-prone because all instructions were handwritten. We had to interpret them after the work was completed," Jacobs says.

Second, operators on the plant floor no longer have to manage the paper job tickets, and instead can concentrate on their work. "We build a full skid of product as finished goods are made," Jacobs says. "It used to take 10 hours to fill one skid; now it takes fewer than eight hours."

Third, inventory adjustments at the pilot facility have decreased. "We discovered that some machinery on the floor was miscounting product, and the system let us catch those mistakes and fix the problem," he says.

Finally, shipping accuracy has improved. "We've caught mistakes such as the wrong product being scanned, and we've stopped some raw material from being shipped out the door," Jacobs says. "The system alerts us immediately if we've got the wrong box. We've definitely seen improvements there."

When the IT staff needs to work on the ERP system or run reports, it can easily take the QuikTrac solution offline without disrupting any operations. This functionality also keeps operations running smoothly if the back-end system should go down unexpectedly.

"If our system goes offline, the users don't have to sign off. In fact, they don't even know the system went down," Jacobs says. "They just keep working."

Trelleborg operates eight plants, and plans to roll the system out at additional facilities in Michigan, Illinois, and Mexico.

Eventually, the system will allow Trelleborg to track raw material usage during production. "We'll be able to watch how much material we're actually using, compared to what the bill of material says we should be using," Jacobs says.

QuikTrac will also help the company compare the overall equipment effectiveness of its machines during production, which will improve efficiency even further and allow for preventive maintenance.