Betting the Farm on YRC's Success 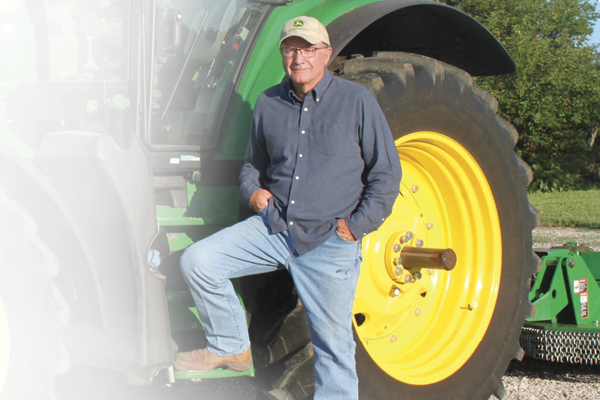 James Welch has worked for YRC Worldwide for nearly his whole career. At 23 years old, he joined what was then Yellow Freight System as a sales representative in Houston. Over the next 29 years, he took on a series of management positions with increasing levels of responsibility.

Welch left Yellow Transportation in 2007 to serve as president and CEO of same-day carrier Dynamex Inc. But he wasn't gone for long. In 2011, the board of directors of YRC Worldwide (formed when Yellow Corp. acquired Roadway Express) tapped him to become its new CEO. That nearly five-year detour provided valuable perspective. "It gave me an opportunity to see the world outside the business I was trained in and grew up in," Welch says.

Welch returned to YRC Worldwide with a strong and immediate agenda. He filled us in on his leadership philosophy and vision for the less-than-truckload (LTL) carrier.

IL: How did you get into the transportation industry?

When I graduated from college, I thought I wanted to work in human resources as a personnel director. But after working for one year as a management trainee, I discovered HR was not what I wanted to do. My father worked in transportation, first as a truck driver and then, for most of his career, as a road dispatcher. I decided to give the industry a try, starting with a smaller trucking company and then, one year later, taking a job with Yellow.

Transportation is a fascinating business. In many ways, what we do is like putting together a giant jigsaw puzzle and then making it work. Having something new and different to work on every day has always made it fun and exciting for me.

IL: Which of your past positions have shaped you as a leader?

In the days after deregulation, Yellow grew from 160 terminals to almost 700. At that time, if you could walk and chew gum, you were opening a terminal. So I opened and ran a terminal in East Texas. Then I was an area sales manager in Dallas, a regional manager in Albuquerque, and a regional manager in Tracy, California. Each of those jobs taught me a lot about both sales and operations; a dual perspective that helped me a great deal as I continued to advance in my career.

IL: When you returned to YRC from Dynamex, what projects did you put at the top of your agenda?

I left YRC in 2007 because I disagreed with the direction the company was taking, from an acquisitions standpoint. When I came back, I wanted to return the company quickly to what it does best, LTL trucking. Two joint ventures in China and a truckload company were distracting us from our core business.

Some of the biggest changes I made were to decentralize everything back to our four operating companies—our $3-billion long-haul company, YRC Freight, and our $1.8-billion group of three regional carriers: Holland, New Penn, and Reddaway. I wanted to stand the brands back up and rally employees around their individual companies. Then we would figure out Roadway Express and Yellow's lingering integration issues and move the company forward.

IL: How have your customers' wants and needs changed?

Also, customers are more sophisticated about using technology, and this has changed the buying and decision-making process. Today, our customers route freight by specific lanes, instead of assigning a carrier to a region of the country.

IL: What kind of leader are you?

I think my employees would describe me as fair and inclusive, but firm with the direction I provide. I've always tried to have smarter people than myself in the room, and to encourage collaboration wherever possible. From some of the best leaders I've worked for over the years, I've learned the importance of taking a consistent approach to an issue, across a spectrum of situations. I've also learned that it's important to really listen to people before making a decision or providing direction.

I don't think I'm better than anybody else just because I'm CEO. I respect and listen to people's opinions and advice. I love a little bit of tension and constructive conflict from time to time. It's good to be in an environment where people can say whatever is on their minds, as long as it is done respectfully. I'm fine with people disagreeing with me or challenging my thought process. In fact, I encourage it. It helps the whole collaborative process.

IL: What are your near-term goals for YRC Worldwide?

We're still continuing our turnaround. We're in the seventh inning of a nine-inning ball game. We are paying down our debt, and we need to continue to invest heavily in our assets. The company went for too long—from about 2008 to 2012—without investing in equipment and technology. Now we are investing at normal industry rates. We have new tractors coming on board for our drivers, and we have just invested in some advanced routing and load optimization technology.

We're still playing catchup in some ways, but I feel good about the progress we've made. I have more confidence than I've ever had that this company will be successful for the long term.

IL: Which aspect of your job is the most fun?

Working with people I respect and enjoy; watching people grow, accept new challenges, and excel. I'm happiest when I'm out with customers and/or employees. I have a saying that the longer I sit in my office on the 10th floor in Overland Park, Kansas, the more stupid I get. It's important to be out and about, hearing from customers and employees about what's going on with business, with trends, and with the competition.

IL: What other leaders do you find inspiring?

I'm a huge admirer of Bill Gates. At a Microsoft seminar five years ago, I had the opportunity to hear him speak about leadership, about what's important, and about the art of giving. We also toured his charitable foundation. I love the fact that he has accumulated a lot of wealth but is determined to give much of it away.

IL: Do you have a hidden talent?

I own a ranch and do some farming on the side. Besides working in the transportation business, my dad also had a farm, and so I've always had a desire to own land. I raise wheat and soybeans. It's a diversion for me and a great stress reliever.

One of the toughest aspects of James Welch's job as CEO concerns safety. "Our thousands of drivers interact on the road every day with a public that's increasingly distracted," he says. "The highways are full of people phoning, texting, and even watching videos while driving. The first thing I do when I wake up is to check to make sure the drivers on our overnight runs are all okay. Safety is the most important part of my day, every day."

To reduce risks, YRC Worldwide has implemented some new technology. "We have retrofitted all of our equipment with Lytx drive cams and Mobileye collision avoidance systems," he says.

But even the best technology available can't outperform a professional driver who puts safety first. "And we have so many of them at our companies," Welch adds. "Last year one of our drivers, Arthur Cage of Memphis, surpassed 6 million consecutive accident-free miles. In addition to Arthur's great achievement, we have more than 2,000 drivers who have traveled 1 million or more miles accident-free."

Related Articles
The Keys to Dangerous Goods/Hazmat Shipping ComplianceWalmart’s ShippingPass Has Ended. What Retailers Should Do Next.Supercharging Your Supply Chain and Logistics CareerStarting a Logistics Love Affair30 Under 30 Rising Supply Chain Stars: Defining a New GenerationLogistics Technology: 3PLs Span the GamutAvoid Pricing Pitfalls When Selecting a Logistics IT SolutionProtect Your Cargo With Vehicle TrackingMultinational Diversity Drives Measurable Success in Logistics OperationsComing in Out of the Cold More related articles...