At the heart of St. Louis' strategy to advance as a global trade hub is a focus on collaboration to strengthen and promote the region's already robust freight network. The entire bi-state region has united behind that common goal—establishing partnerships that bridge government boundaries, public and private sector, various industries, and multiple transport modes. The effort is paying off. 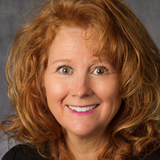 The region secured more than $400 million in multimodal transportation funding in 2018 for projects identified as priorities within the region's freight network. The ability to convene all relevant public and private parties and build consensus around the projects deemed to be the highest-priority infrastructure needs helped elevate them from local priorities to national projects worthy of consideration.

With the recent improvements to the Panama and Suez Canals and significant growth at coastal ports seeking to push further into the United States, the St. Louis region is also working to establish relationships with partners seeking to take advantage of its freight assets.

One of the newest partnerships is being forged by the St. Louis Regional Freightway and the Port of Savannah to create a new connection between the St. Louis region and the largest single-terminal container facility in the Western Hemisphere.

The Port of Savannah has a $3 billion plan to increase its containerized cargo capacity from 5 to 8 million TEUs by 2028. The growing port considers the St. Louis region to be a key import/export market to which containers can consistently be distributed by rail at a lower cost for shippers. That investment will enable CSX and Norfolk Southern to deliver faster, more frequent rail service to Midwest markets, including St. Louis, creating the potential to further link the St. Louis region's growing freight and logistics hub to the national and global supply chains.

Beyond the savings from these new connections, several existing advantages of shipping through the St. Louis region have already fueled record investment in industrial and distribution facilities in recent years and contributed to the rerouting of various commodities through St. Louis. Among the advantages are the region's central location at the nexus of the nation's freight network, its lack of rail and road congestion, and its industry-leading concentration of river terminals.

As shippers and other professionals buying transportation and logistics solutions continue to seek more affordable, efficient, and reliable options to move cargo into and out of America's heartland, they should explore how they can leverage the St. Louis region's investments and partnerships. They could be a direct connection to savings that can enhance the bottom line.

Related Articles
Georgia: Setting the Pace in the Logistics Race3PL Partnerships: You're In Good CompanyThe Grass is GreenerTrump Presidency Is Reality. Let’s Talk Supply Chain Implications.What Is Your Shipper-Logistics Provider Relationship Costing You?Share Everything: Why Multi-tenant Technology WinsAccurate Transit Times: The Backbone of Efficient Supply ChainsLogistics Hotspots: Nine That ShineWhat You Need to Know About NearshoringFlorida: Your Partner in Progress More related articles...