Getting Into the Spirits 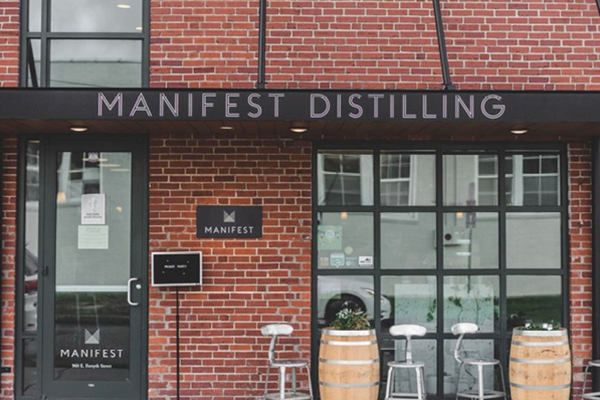 Manifest Distilling is downtown Jacksonville’s only full-scale organic distillery, located in the heart of the Sports District. In addition to in-store sales, the company reaches customers through the Spirit Hub online marketplace.

Craft distillers like Montanya Distillers—which produces rum from its base in Crested Butte, Colorado, where the high altitude and cool temperatures allow for flavorful aging—typically have been limited to distributing products within their own state, or perhaps a few surrounding ones. If they venture farther afield, they risk falling out of compliance with the myriad regulations governing liquor distribution across the United States.

THE CUSTOMERS
Spirit Hub works with about 250 craft distilleries across the United States.

While Montanya has grown about 22% annually, “we’ve been a relatively small fish in a sea of big fish,” says Karen Hoskin, the company’s founder.

Spirit Hub is changing that by using the internet to connect makers of craft spirits with those looking for them, while ensuring all remain in compliance with regulations. “We pride ourselves on delivering craft spirits from independent distilleries directly to consumers’ homes,” says Michael Weiss, founder and CEO with the Chicago-based company.

Do It Yourself WMS

When his search for a warehouse management system (WMS) that could accommodate the thousands of liquor regulations in place across the United States proved fruitless, Weiss decided to build his own. Spirit Hub’s solution offers traditional WMS functions, such as inventory management and order processing and fulfillment, while also enabling compliance with liquor laws. The technology is key to the company’s ability to operate and expand to new markets.

Distillers of craft spirits, as defined by the American Craft Spirits Association, are those that produce less than 750,000 gallons annually, and provide transparency regarding their ingredients. Owners-operators must hold more than a 75% equity stake in the company and retain operational control.

Spirit Hub currently works with about 250 craft distilleries across the country. According to its website, it is America’s only legally compliant, online craft spirits retailer lawfully authorized to deliver spirits straight to customers’ doors. As of late 2020, Spirit Hub was making deliveries to residents of Nebraska, New Hampshire, North Dakota, and Illinois. It plans to roll out to more states over the next few years, Weiss says.

While craft spirits are the reason consumers head to the Spirit Hub website, logistics is key. “We look at our business as a technology and logistics company first, as a content delivery model second, and as a spirits e-commerce business third,” Weiss says.

The business starts with the supply chain. The company operates a “dark retail store” from which it distributes products, but customers must go through the website to purchase products.

In hunting for a WMS, Weiss and his team considered whether to “build, buy or partner,” and conducted multiple demos and held numerous discussions to determine their answer. They found the cost of customizing a ready-made solution to Spirit Hub’s needs was “astronomical,” Weiss says, in comparison to building it themselves.

In large part, that’s because of the mix of liquor laws blanketing the country. While some online operators use off-the-shelf solutions and ship products wherever their contracts allow, they often operate in a legal gray zone, Weiss says.

In addition, few solutions could manage the taxes on spirits as well as on the other products Spirit Hub offers, such as glassware. Similarly, few enabled a direct-ship model in which, for instance, Spirit Hub might ship products from Illinois to another state where it agreed to pay that state an amount per bottle or a percentage of revenue.

“I had to build a customized solution to cater to my business needs and operate in regulatory compliance,” Weiss says.

In addition, by building the solution, Spirit Hub would own it. “We’d have the ability to be agile and manipulate the solution to our core business needs in real time,” Weiss says. That allows Spirit Hub to leverage its WMS to power the company’s growth.

A first step to creating the WMS was defining the business and identifying exactly what Spirit Hub was trying to do.

“Define what it is that you’re trying to build before you write even one line of code,” Weiss advises, adding that otherwise, you head down a spiral that leads nowhere. His overarching goal was to be able to follow the life cycle of a bottle from production to customer.

The team at Spirit Hub also looked at different operational requirements. For example, the ability to handle the multiplicity of tax codes and licensing requirements was key and has become a differentiating point. “Nobody does that in this industry,” Weiss says.

In addition, each product on the Spirit Hub website has a different life span and temperature requirements that have to be considered.

One experience highlighted the importance of this. On a hot summer day before the company went live, the corks popped out of about 180 bottles that weren’t kept in air conditioning and had overheated. An expensive afternoon, but it made clear the need to regulate the temperature within the space to keep products protected. It also confirmed the WMS needed to track the life of each bottle, Weiss says.

The system was up and running within about eight months, providing a foundation on which the business could operate. The team has done “a phenomenal job” of delivering the solution the business requires to grow and scale, Weiss says.

Building a WMS required a significant investment. Spirit Hub employs a core team of experienced developers and engineers. Among them is Weiss’s business partner and co-founder John Osborne, who sits on the board of a large technology company. The chief operating officer, Brian Feener, holds a wealth of knowledge in the retail sector gained through stints at a national liquor retailer and other firms.

The investment Spirit Hub made in its WMS is paying off in multiple ways. Spirit Hub offers “a curated, cultivated experience,” Hoskin of Montanya says. That puts it at the forefront of the ways in which customers will find alcoholic beverages in the future. “We see enormous potential for growth,” she adds.

“Because we built a better solution, it has become the gold standard in the industry,” Weiss says, adding that multiple governments have confirmed the solution meets their requirements.

The success of the system has even prompted large organizations from outside the spirits industry to review it, Weiss says. Eventually, the company may make the solution available to other companies who could leverage it to enhance their own businesses. “It’s a pivot, but we’ll still operate our core business,” he adds.

I’ll drink to that

Conversely, sales of craft liquors plummeted by about 41%, according to a study by the Distilled Spirits Council of the United States. Spirit Hub has helped some craft distilleries counter this trend.

Because Manifest Distilling, an organic distillery based in Jacksonville, Florida, already was working with Spirit Hub before the pandemic prompted widespread stay-at-home orders, it was easier to transition to online sales, says David Cohen, owner and founder.

“Having off-premise sales channels established before April 2020 made the transition easier,” Cohen says.

For instance, many customers are looking for loyalty programs, product reviews, tasting notes, and other merchandising capabilities. Because these capabilities can boost sales, they also help distilleries and distributors.

“We have the ability to ultimately represent these distilleries in a bigger way than they’ve ever been presented to a customer,” Weiss says.

By the second half of 2021, Spirit Hub expects to add about 250 distilleries. Weiss and his team also are examining ways to increase the number of stock-keeping units (SKUs) each distillery offers through the site, up from the current 5.6 SKUs. One way is by advising their distillery partners on new spirits likely to appeal to customers.

Also in 2021, Spirit Hub will expand its physical footprint to add dark stores in states where this is required, with a goal of hitting all major markets across the United States by 2025. The company will start with states that operate on a three-tier model: products move from producers to importers or distributors and then to retailers. After that, Spirit Hub will focus on states where the government runs much of liquor distribution through municipal liquor stores, Weiss says.

As Spirit Hub grows, its WMS will remain key. “Spirit Hub’s proprietary WMS technology is the operational backbone of our business,” Weiss says. “From tracking inventory to fulfilling customer orders, the WMS is the hub that helps us not only maintain our success but grow our customer base and easily identify areas where we can improve.”