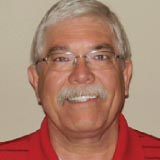 Manufacturers and retailers know moving freight by rail and using trucks on the origin and destination ends—a combined service approach called door-to-door intermodal—can help cut logistics costs. What many shippers don't realize is that, in addition to being a more cost-effective method of transporting goods, intermodal offers significant environmental advantages as well.

Why is intermodal less expensive than trucking? Most of the cost advantage comes from the law of averages. When you contract a trucking company to move a shipment, you pay all the fuel, fees, tolls, labor, and other costs associated with just that one trailerload. An intermodal service, however, moves approximately 200 containers on each train in the same corridors, lowering the average cost per load.

Additionally, trains move more freight using less fuel than trucks, and that savings is passed along to the shipper. An intermodal train can move one ton of freight approximately 830 miles on a single gallon of diesel fuel.

When considering this fuel advantage, along with the benefit of less frequent stops along the route, it is clear that trains are the more efficient machines.

The rail industry has dedicated impressive resources to enhancing equipment to reduce carbon emissions. In fact, the fuel efficiency of railroads is up 94 percent since 1980, according to the Association of American Railroads.

Thanks to decreased fuel consumption, greenhouse gas emissions are nearing all-time lows. An intermodal train emits only 6.8 pounds of carbon emissions for every 100 ton miles compared to a truck that emits 19.8 pounds. Most rail companies not only support but fully embrace the green initiative, having become members of the EPA SmartWay Transport Partnership, which is committed to reducing annual carbon footprints.

Truck capacity is getting tighter with each passing minute. Fifty-four percent more trucking companies failed in 2008 than in 2007, and, in the first half of 2009, 850 went out of business, according to Avondale Partners. The economic environment over the past several years has taken its toll on the pool of available trucks, making rail an attractive supplemental transport mode. The intermodal industry continues to add new 53-foot containers and chassis to its fleets, offering shippers extra capacity so product won't have to sit on the dock for days waiting for an available truck.

Shippers also choose intermodal services because of rail's predictability and reliability. Rail providers typically operate through inclement weather conditions, whereas the highway infrastructure is often shut down and trucks come to a standstill. And intermodal providers are often able to provide real-time electronic tracking from origin to destination.

Intermodal services are gaining momentum as a reliable, affordable, and environmentally friendly alternative to standard trucking service. During the inevitable capacity crunch that occurs as seasons shift, and now with the compounding effects of the recent recession, intermodal providers can be a great source of knowledge and service, allowing your supply chain to keep humming without skipping a beat.