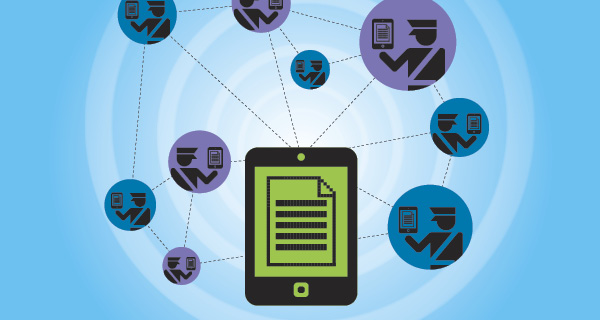 The U.S. government has always been light years behind the private sector in technology innovation and implementation. So President Barack Obama's executive order to streamline U.S. import and export documentation shines a ray of light on the trade community as the government emerges from the Dark Ages of paper-laden processes.

The new International Trade Data System (ITDS), which is expected to go into effect by December 2016, "allows businesses to electronically transmit, through a 'single-window,' the data required by the U.S. government to import or export cargo," according to a White House statement.

"With the single window, an importer/exporter can provide—through one transmission—not only data that Customs requires to release a shipment, but additional information that another government agency might need based on the product," explains Travis Hull, director of business services for Toronto-based customs broker Livingston International. "Customs can share that data with any government agency through the concept of interoperability."

The ITDS has been in the works for some time, but ran into Congressional inertia—the reason for the executive order. Considering that 47 government agencies—several with official hold authority—work with Customs to review and release goods, public and private sectors can seize a huge opportunity to improve collaboration and streamline the process.

"While the Customs Reauthorization Bill is currently held up in Congress, the ITDS is a great step forward to try to meet some global commitments the United States has made as part of the World Trade Organization trade facilitation agreement," explains Eugene Laney, vice president for international trade affairs at DHL Express.

The single window model is not unique. Mexico, Korea, Japan, and Singapore have endeavored to create the same unified process.

"Defining exactly what a single window model is depends on who you talk to," says Laney. "Ideally, someone imports a product and gets one release. In many countries, however, an imported product may be released by Customs 98 percent of the time, but it also has to go through other authorities with jurisdiction over that product."

Large companies often employ compliance teams who can handle the madness and minutia of dealing with government bureaucracy. But for small organizations without the resources to navigate regulatory mazes, the time and cost can be considerable and cumbersome.

The upside to getting government agencies and shippers/consignees working more collaboratively through a single-window platform is clear: faster turnarounds. But the ITDS could have a more significant impact farther upstream in the supply chain.

"If you're trading in data, rather than paper, government can more quickly identify your product as compliant, legitimate trade, and provide release determinations," says Hull. "The interface between agencies will be electronic rather than some other form of communication."

Just getting agencies to communicate electronically compared to other archaic means is a win. But shippers also have an opportunity to harmonize data to ensure compliance, speed processing, and receive more accurate and timely information about a shipment in transit.

"Moving everything to a database or data-driven functionality allows shippers to centralize processing," says Laney.

For example, if a company is importing a product from Germany to the United States, trade data could be submitted once in Europe, and the consignee/shipper would know whether a product will be released or held before it reaches final destination.

If all the information a government agency requires can be aggregated and shared at the point of origin in one data dump, acceptance at the U.S. border becomes a formality. It provides greater assurances to shippers, and allows them to more accurately plan moves farther downstream in the supply chain.

The other potential benefit of the ITDS is getting government and industry to review the data elements currently required, and identify redundancies or areas where they can standardize inputs.

A few pilot programs are currently in the works to test the feasibility of the new system, says Hull. As these projects move forward, shippers will likely have opportunities to engage Customs and learn more about ITDS.

The area, located due north of Vietnam and Laos in south central China, features abundant natural resources such as timber, coal, limestone, and tobacco. But it remains impoverished and underdeveloped. Authorities believe that by developing logistics centers farther upstream on the river, they can drive growth along the entire Yangtze economic belt.

This project is part of a broader national blueprint enacted by the Chinese government to make the river a more competitive option for commerce. The Yangtze is already the world's busiest inland river shipping corridor, ferrying 1.9 billion tons of cargo in 2013.

Two-way trade between the countries totaled $28 billion, according to data from Canada's parliament. But three-quarters of that activity is focused on imports from Mexico. Exports to Mexico from Canada were $4.8 billion as of 2012. Data also indicates the stock of Mexican direct investment in Canada totaled $109 million in 2011—a fraction compared to Canada's $5-billion investment in Mexico over the same time period.

One area where Canadian businesses stand to make inroads, and help offset this imbalance, is in Mexico's emerging energy boom. As Mexican President Enrique Pena Nieto looks to open up the country's mining sector and boost production, foreign investment will be key. Canada's expertise in energy exploration and production could position domestic companies favorably as they tap into this new growth market.

Deutsche Post's forecast for 2014 could be a good omen for Europe's economic recovery. The world's largest courier company, with headquarters in Bonn, Germany, expects its international express business to grow after a strong finish in 2013.

E-commerce continues to drive package delivery, and Deutsche Post's projections validate this worldwide trend. The company benefitted from an uptick in online shipping and parcel deliveries during the 2013 holidays, as did UPS and FedEx. Whether that surge in consumer spending catalyzes into sustainable long-term economic growth is still in question.

"The economy may improve a bit, but a strong global recovery will take more time to materialize," said Frank Appel, CEO Deutsche Post, during a recent earnings call with reporters. "Nonetheless, we intend to continue our positive earnings momentum."

Appel noted the strong growth coming out of Spain, Italy, and Greece, where small businesses are looking to export as domestic demand remains sluggish. The growing importance of small and medium-sized businesses in global commerce is a continuing trend. Moreover, Deutsche Post's DHL brand's time-definite international service, which provides door-to-door next-day delivery, is growing faster than UPS, FedEx, and TNT.

U.S. trade with Russia may slow in 2014 as tensions rise between the two nations. Most U.S. imports from Russia include fuel oil and industrial products, which have been the topic of new U.S. government sanctions. In 2013, the U.S. imported more than $26 billion in goods from Russia, a steady decline since 2011. U.S. exports to Russia have risen in the past few years, and peaked in 2013 at more than $11 billion. If new sanctions are imposed, this chart may look very different in 2014.

Mexico has been busy lately, enacting economic reforms to stoke competition, reduce costs, and improve service. But railroad officials are now calling on the government to ease further restructuring to ensure industry continues to invest in infrastructure.

Lorenzo Reyes, COO of Grupo México subsidiary Ferromex, argues that rail freight reform will hinder capital expenditure and impede progress as the country's railroads expand. He and his counterparts say opening the market to more competition will reduce service levels and investment.

The opposition comes after Mexico's lower house of Congress approved a rail freight reform law in February 2014 that seeks to open up an industry dominated by a duopoly between Grupo México's Ferromex and Ferrosur railroads and Kansas City Southern de México.

The railroads object that the freight reform law would violate their concessions, which still have 15 years of exclusivity. They also believe this reversal would set a bad precedent as Mexico seeks new investment to tap its oil and gas potential.

Ferromex CEO Rogelio Velez also warned the government that Union Pacific, which owns about one-quarter of Ferromex, will pull investment if the bill moves forward.