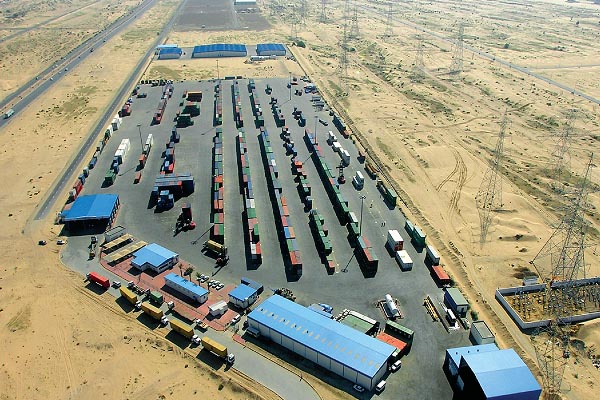 The Middle East's express, freight forwarding, and logistics sectors are expected to weather a global depression and experience considerable growth during the coming years, according to Middle East Transport and Logistics 2010, a new report from Transport Intelligence, a Wiltshire, U.K.-based research firm.

Despite recent problems in Dubai, foundations are in place for buoyant growth once the global economy recovers, reports the study, which examines air, sea, road, and rail industries throughout the Gulf. Middle Eastern countries have invested in and built out transportation infrastructure that will allow the region to optimize its location as a regional transshipment hub.

Nowhere is this more apparent than in the United Arab Emirates (UAE). The World Bank recently identified the country as the best-performing logistics hot spot in the Gulf, ranking 24th in the financial institute's biennial Logistics Performance Index. UAE is followed by Bahrain (32), Kuwait (36), Saudi Arabia (40), Qatar (55), and Oman (60).

Still, as Transport Intelligence points out, the oil-rich region has its problems. One example: Abu Dhabi had to bail out Dubai following the collapse of its construction and real estate markets.

Regional reciprocity has been visible elsewhere in the Middle East as less-developed countries, such as Egypt and Jordan, capitalize on the benefits that port and airport development have brought to the economies of their ambitious neighbors.

December 2009 was a surprisingly good month for global trade, according to data gathered by Panjiva, a New York City-based company that profiles offshore manufacturers and suppliers.

Still, Panjiva cautions that year-over-year comparisons need to be considered within the context of the recession—at this time last year, global commerce was in a free fall. The absolute level of world trade still falls well below pre-recession activity. Reports of a robust or sustained recovery are premature, despite hints of a positive turn.

Combining the businesses, which together deliver more than 180 million packages annually, will net HDN, the U.K.'s largest dedicated B2C service, annual sales of more than $974 million.

"The growth of e-commerce has transformed our marketplace and our customers' demands," says HDN CEO Brian Gaunt. "Combining these businesses will enable us to offer shippers a wider variety of products and more efficient service."

By the end of the first quarter 2010, HDN will take on the business' 4,700 employees, five U.K. hubs, and 71 service centers. The company will retain the DHL Domestic brand in the short term.

"It was important to us to divest our parcel business to a company that we trust," says Ken McCall, CEO of DHL Express UK. "HDN is a strong and well-respected player in the B2C field and complements the B2B-focused services we currently offer."

The sale supports DHL's move to focus on international express and freight services, and does not include DHL's U.K. international time-definite and same-day express services.

Air France Cargo's current plight serves as an example of the challenges confronting the global airfreight industry. Responding to the economic downturn, France's national carrier has made moves to rationalize its cargo capacity in an effort to bring its freight business to break-even numbers for fiscal 2011-2012.

Air France-KLM, the carrier's European holding company, registered a net loss of $598 million from April to June 2009, largely as a result of sharply declining airfreight volume. In the same period, the airline recorded a 22.7-percent year-on-year slump in cargo traffic, despite a 17.2-percent reduction in capacity.