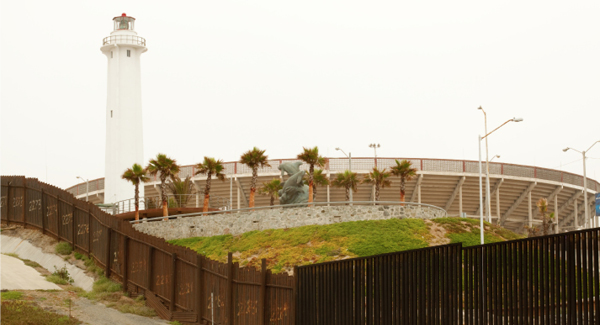 The battle over NAFTA renegotiation and trade between the United States and Mexico has been tied into the building of the border wall between the two nations promised by President Donald Trump on the campaign trail. Mexican President Enrique Peña Nieto refused to discuss the idea of Mexico paying for the wall and the two parties cancelled the summit where they were supposed to discuss trade negotiations.

After the cancellation, White House Press Secretary Sean Spicer announced that a 20-percent tax on imports from Mexico was on the table as a method to make Mexico pay for the wall, which could cost as much as $12 billion by some estimates. Later, the two leaders agreed by phone not to discuss the wall publicly, and the Trump administration backpedaled on the tax amid complaints that those costs would just be passed on to U.S. consumers.

Many fear a trade war in the months to come. To put into perspective how damaging a trade war could be to both countries, more than $531 billion in goods passed both ways across the border in 2015. More than 30 percent of Mexico's GDP relies on trade with the United States, and roughly 80 percent of Mexico's exports go north of the border. Conversely, Mexico was the second largest U.S. export market in 2015.

The two countries are incredibly dependent on each other, especially in certain industries, such as appliance and auto manufacturing. Damaging Mexico's economy reduces its buying power, which could hurt U.S. companies exporting to the south.

Even though the immediate fires seem to be out, the problem is far from resolved. The continued disagreement has weakened the peso considerably against the dollar, causing concern for manufacturers and investors in Mexico. The Bank of Mexico spent billions trying to stabilize the country's currency, to no avail. If relations don't stabilize between the two nations soon, a recession in Mexico's future seems likely.

Much of Mexico's growth relies on the current version of NAFTA, so even if the two countries renegotiate terms that the Trump administration deems more fair, Mexico will suffer, and that suffering could backfire by working its way up the supply chain back into the United States. This needs to be taken into consideration when discussing a new trade agreement.

Amazon has been making U.S. headlines over the past several years for establishing its own logistics infrastructure, but it isn't the only global e-commerce company making plays in the logistics marketplace. Through Alibaba's OneTouch website, shippers can now book cargo space on certain Maersk vessels. Shippers using the online service can bypass their freight forwarder altogether, and simply use Alibaba to pay a deposit and secure a guaranteed rate.

Alibaba currently offers booking on routes from eight Chinese ports to select destinations in Europe and Asia, according to the OneTouch website. Maersk wants to offer its customers "fully digitized customer solutions," and may roll out additional third-party booking in the future, the ocean shipper said in a press statement.

This isn't Alibaba's first step onto the logistics playing field. The company co-founded logistics firm Cainiao in 2013, and retains a 47-percent stake in the company. The e-commerce company also holds a stake in Shanghai-based parcel delivery company YTO Express. OneTouch, which helps small and mid-sized Chinese exporters with customs clearance, air freight, and parcel delivery service was acquired by Alibaba in 2010.

While the United Kingdom stands firm on its commitment to exit the European Union, President Donald Trump’s administration has now officially shot down the Trans-Pacific Partnership, and relations with Mexico are unstable. With global uncertainty adding fuel to the fire, 69 percent of logistics professionals surveyed say they worry about a retreat from free trade, according to the Agility report (see chart). While the International Monetary Fund projects 2017 emerging market growth at 4.7 percent, 43 percent of respondents to the Agility survey say that projection is too optimistic.

Of the 50 countries ranked, including seven of the top 10, 24 experienced year-over-year deterioration in their Index scores, which reflects stagnation in global markets. Despite this news, 66 percent of logistics executives say their companies will expand or maintain their posture in China despite any slowdown. Other countries powering emerging market growth include India, which climbed to the second position on the Index behind China and posts top ranks for market size and attractiveness; United Arab Emirates, which boasts the best emerging market business conditions and best transport and logistics conditions; and Malaysia, which ranks as the top emerging market with a gross domestic product less than $300 billion.

*From a survey of 800+ global logistics professionals