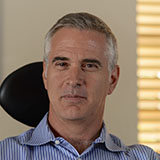 Think of shipping cargo like a financial portfolio: It’s important to diversify. That’s because there are inherent risks when shipping via air and ocean: delays, damaged cargo, weather events, etc. Cargo insurance, though critical, isn’t always enough to protect you and your business.

Peak season: Two to three months before Thanksgiving is peak season for U.S. imports. Everyone is trying to get their goods shipped out so they are in stores before Black Friday and Christmas day, which means air and ocean freight space becomes scarce and valuable. Steamship lines often have a peak season surcharge (PSS) that can cost hundreds of dollars more per container. It’s important to plan ahead and make the supply chain adjustments that best fit your business. Even businesses that don’t follow this typical retail shipping pattern, such as industrial manufacturers, still must recognize its impact.

Sometimes a single company can have a noticeable impact on the market. For example, airfreight demand and rates typically spike in September to correspond with Apple's highly anticipated iPhone releases.

Holidays: It’s important to know the major holidays and customs in your sourcing countries. So, keep a calendar on hand and plan to plan ahead.

For instance, in East Asia, the Chinese New Year (Lunar New Year) holiday shuts down manufacturing for a week or more. This event severely impacts shipping from mainland China, Hong Kong, Taiwan, Vietnam, Malaysia, Singapore, and beyond. The start of Chinese New Year varies annually from late-January to mid-February. Holidays such as China’s National Day on October 1 marks another weeklong holiday for the country.

Labor unions: The workers of the International Longshore and Warehouse Union (ILWU) and International Longshoremen’s Association (ILA) are a critical part of the shipping process in the United States, and it’s important to be aware of their contract negotiations. The ILWU covers U.S. West Coast ocean ports while the ILA workers supply the labor force for East and Gulf Coast ports.

When contracts are close to expiring, and if a new contract hasn’t been negotiated, there could be some delays in getting your goods off the vessel. Keep up-to-date with what’s going on in the unions, so if there is a delay in negotiations or a contract dispute, your goods aren’t stuck in port waiting to be unloaded.

Labor strikes/protests: Some things you can see coming, such as contract negotiations failing, leading to the unions threatening a strike. But sometimes strikes can be completely unpredictable; e.g., if the unions feel the employers are engaging in unlawful labor practices and they decide to walk out in protest.

If another union in a different industry is out protesting, other unions may join in support. They can also join non-union related protests: Think of Occupy Wall Street, when several unions joined protesters on the picket lines.

Hurricanes, cyclones, and typhoons are different names for the same weather phenomena, collectively known as tropical cyclones. The names vary depending on where the storm originates. For Southeast Asia, the season runs from May through November; for the U.S. East Coast and Caribbean, it’s June to November; East Asia, the South Pacific, and Australia are on watch from November to April.

Unpredictable industry events: When Hanjin Shipping Co. of South Korea filed for bankruptcy in 2016, nearly $14 billion in goods were left in limbo out in the sea. Owners were left in the lurch, unable to get their inventory until Hanjin had enough money to pay port and landing fees. While the ultimate bankruptcy of Hanjin wasn’t predicted, their financial struggles combined with historically low ocean freight rates were well known. Shippers with Hanjin contracts that relied heavily on the Korean carrier felt the biggest impact after their collapse.

How to Plan Ahead for Predictable and Unpredictable Risks

When it comes to shipping your goods, knowing the risks can help you plan accordingly. It’s important to have contingency plans in place. For example, if the ILWU goes on strike, what are your options entering through Mexico, Canada, or the East Coast? How could airfreight be a part of the solution?

There are a number of ways that you can plan ahead for all these predictable and unpredictable risks. However, it can be difficult to keep up with industry news, holidays, union contract negotiations, and the weather when you have a business to run. Your freight forwarder can help with this as they will keep up on current events and inform you when something could affect your shipments. Plus, in the event of a possible delay, they’ll work with you on ways to keep your supply lines flowing.