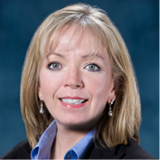 The arrival of the cargo vessel T. Roosevelt at Port Elizabeth, New Jersey, in September 2017, marked the beginning of a new era for international commerce and trade. At 14,414 TEUs, four times longer than a football field, T. Roosevelt was the largest vessel to dock at an East Coast port after traversing the widened and deepened Panama Canal. Larger containerships will follow.

A $1.3-billion project to raise the clearance of the Bayonne Bridge from 150 to 215 feet was completed in 2017. As a result, in June 2017, containerships carrying up to 18,000 TEUs were authorized to navigate beneath the bridge to access Port Newark and Port Elizabeth.

Why should companies take notice? Because the widening of the Panama Canal ushers in an era of big ships and big opportunities.

New Jersey has long been an attractive place for companies due to its strategic location in the heart of the U.S. Northeast corridor, providing access to one of the world's most concentrated and affluent consumer markets. A distribution center in central New Jersey can serve more than 22 million consumers within a two-hour drive.

Easier, faster, less expensive access to this highly concentrated market is also one reason the U.S. Department of Commerce predicts a shift in container movement from West Coast to East Coast ports. As the East Coast's busiest port, the Port of New York and New Jersey will grab a lion's share of the business. It already has seen volume jump 7.7 percent year-over-year (November 2017 vs. November 2016).

Delivery speed, combined with the ability to ship and receive goods on containerships three times the size of traditional cargo vessels, can result in significant savings in international shipping costs for companies with a New Jersey location. It also opens new opportunities for expansion into Asian markets.

The Port Authority of New York and New Jersey—with its shipping terminals, containership companies, and railroad—has been gearing up for the arrival of neo-Panamax vessels for several years.

ExpressRail in Port Newark has been built out to double intermodal capacity and facilitate sea/land connections. CSX also has been investing heavily in infrastructure improvements.

More than $250 million also was invested to expand roadway capacity into and out of the ports. In addition, a $2.3-billion investment to widen the New Jersey Turnpike (Interstate 95)— which included approximately 170 lane miles of road improvements to alleviate traffic from the ports, as well as points north and south—expands New Jersey's industrial market more than 30 miles and enhances logistics capabilities.

From an increase in seaborne cargo deliveries to an uptick in industrial real estate development, a flurry of activity in and around New Jersey's ports is already bringing economic growth to the state. Industrial development and leasing activity also has been surging, especially in adjacent markets.

This surge in activity has both an immediate and long-term impact on the state's economy. It also has a positive effect on the supply chain, making it easier for businesses of all types to access the suppliers, vendors, and partners they need to grow. Companies with a New Jersey location will be well-positioned to capture new opportunities in the neo-Panamax era. Are you ready?