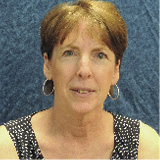 In announcing the start of negotiations to forge a new trade agreement between the United States and the 27-nation European Union (EU), British Prime Minister David Cameron said at the G-8 summit meeting held in Northern Ireland in June 2013 that there is "no better way to drive growth and prosperity around the world" than by reaching what he called "the biggest bilateral trade deal in history."

The day after the summit ended, during President Obama's first presidential visit to Berlin, Obama and German Chancellor Angela Merkel jointly urged successful negotiations for the Transatlantic Trade and Investment Partnership (TTIP) agreement. Negotiations for the TTIP agreement are scheduled to start in July 2013 in Washington, D.C.

"The Chancellor and I share the conviction that if we are successful in these negotiations, we can grow economies on both sides of the Atlantic, create jobs, improve efficiency, and improve productivity and our competitiveness around the world," Obama said.

Merkel added, "We will throw our effort behind this fully and squarely because. . .it's going to be a win-win situation, and it also is an eloquent testimony to this globalized world where we can work better together, both politically and economically."

According to the Directorate-General for Trade at the European Commission, the TTIP has the potential to add around 0.5 percent to the EU's annual economic output. In his remarks at the G-8 summit, Cameron said the pact could add "80 billion pounds" (more than $125 billion) to the U.S. economy.

The EU is a customs territory in which there are no tariffs or duties—no borders in the free trade sense. Historically, the United States and the EU have worked to reduce customs duties; transatlantic tariffs currently average only three percent. So tariffs or customs duties will not be sticking points in the upcoming TTIP negotiations. What will be crucial are non-tariff barriers intended to protect domestic businesses and further trade policies of individual nations.

Even though duties have come down, each trading bloc maintains a wide range of non-tariff barriers. For example, auto emissions and mileage requirements set by the U.S. Environmental Protection Agency (EPA) are more stringent than those of European nations. These requirements add to the cost of cars manufactured in Europe.

At the same time, the U.S. gives subsidies to aircraft manufacturer Boeing to make it more competitive globally; EU nations do the same for Airbus.

Food additives are another example of a non-tariff barrier that restricts the flow of goods. The EU does not allow importation of foods produced from genetically modified organisms. This is a huge stumbling block for U.S. agriculture producers.

But perhaps the most notorious non-tariff barrier is the "cultural exception" maintained by France in supporting and protecting the French movie and television industries from Hollywood. Citing this cultural exception, France requires a certain percentage of imported media to be in French. Nicole Bricq, French foreign trade minister, has said her country's protectionist stance regarding France's media business is not open to negotiation in the TTIP talks, prompting European Commission President Jose Manuel Barroso to call the French stance "reactionary."

Assuming the TTIP negotiations do lead to an agreement, what is the expected impact on the logistics sector? In a narrow sense, a new transatlantic trading pact is only about the volume and cost of trade. A new agreement would have the greatest impact on producers in the United States and EU who want to sell goods overseas.

For the logistics sector, this means more shipments back and forth across the Atlantic. More air and ocean shipments would lead to more deliveries, and an increase in the number of customs entries. Theoretically, shipping more and clearing more is good for logistics providers.

Ultimately, TTIP is all about job growth for the EU countries. This is because the GDP growth rate in the EU was down 0.3 percent in 2012 and is projected to decline another 0.1 percent in 2013. In his remarks at the June 2013 G-8 summit announcing the start of TTIP negotiations, Prime Minister Cameron said the new agreement would create "two million jobs" on both sides of the Atlantic. Job creation is the only reason the EU is now ready to come to the table.

When all is said and done, a new Transatlantic Trade and Investment Partnership should be good over the long haul for the logistics sector on both sides of the Atlantic. If trade increases, there will be a corresponding increase in transportation needs that drive logistics. But this will not happen immediately. Fortunately, rail lines, shipping lines, air freight companies and ports will have plenty of time to prepare for the coming "TTIP-ing" point in transatlantic trade. Down the road, even freight forwarding companies will reap the benefits of reduced trade barriers "across the pond."