No Shortcuts to Success 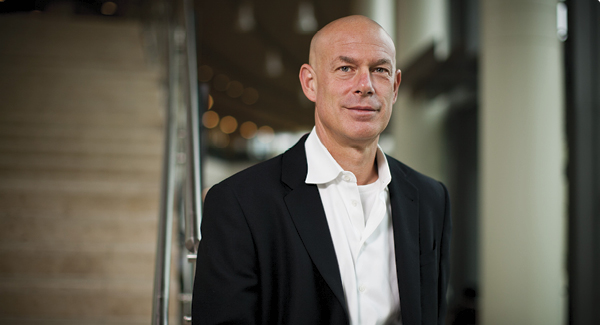 To hear Jeff Silver tell it, the secret to his success as a logistics leader sounds simple: He was the right person in the right place at the right time.

"I came into the industry just after it had been deregulated, with a bit of IT knowledge and capability," says Silver, CEO of Coyote Logistics, a third-party logistics (3PL) provider that UPS acquired in 2015. "I could look at things with a clean slate and from a systems perspective at a time when nobody was doing that."

Of course, success stories are never simple. Silver recently gave Inbound Logistics a closer look at how he leads and where Coyote is headed.

IL: As an undergraduate at the University of Michigan, you majored in economics. What brought you into the logistics sector?

It was pure luck. The summer before my senior year, I did an internship in Paris, programming in Pascal, and then I spent the first semester of senior year at the University of Copenhagen in Denmark. I came back to the United States with no idea what I wanted to do with my life. Fortunately, a friend was working with Paul Loeb, who had started American Backhaulers (ABH). Loeb offered me a job at $16,000 per year, which I thought was great. I figured I'd stay there for one year and then go back to Europe or go to law school. But I never left.

IL: How did you get from there to founding Coyote Logistics in 2006?

We sold ABH to C.H. Robinson at the end of 1999. I worked for them for 18 months, and then left. While I sat out my five-year non-compete agreement, I earned an MBA at Michigan and a Masters in engineering from MIT. I hadn't planned to go back into the industry, but as my non-compete ran out, I realized two things: I couldn't find another industry with as much potential as ours, and not much had changed during my time away.

I started Coyote because I wanted to do things completely differently. I wanted to commit to moving every load we took, rather than hitting the 80 percent or worse average service level that pervaded the industry at the time. The only real way to do that was to start my own company.

IL: How do you motivate people, promote your objectives, and cultivate talent at your company?

Hire the best, smartest people you can, and lead them by example. To hire the best of the generation that has entered the workforce in the past decade, it's imperative to provide the right work atmosphere, to listen to employees, and especially to provide a scenario where they can believe in what they're working for. At Coyote, our motto has always been to do things the right way every time, no matter who is looking. No shortcuts. No hiring our competitors' employees and using their customer lists or screenshots of their software.

Also, I have always been willing to do every job in the company until I could find someone who was better at that role; then I was willing to leave it in their hands. Delegating to the right person is the most liberating thing you can do as a leader. Control freaks always have a hard time getting businesses to grow larger than the span of their control.

IL: How has Coyote, and your role in it, changed since the company became part of UPS?

As we sold the company, I moved my chief financial officer Jonathan Sisler into the role of president. He and his team have done a great job running the company, which has allowed me to spend a great deal of time learning about the much bigger, broader organization that is UPS.

I've been amazed by the UPS facilities and the people who work in them across the globe, and by the absolute commitment to their mission that the 430,000 "UPSers" display every day. It's funny how little importance outsiders—the analysts who look at the company from outside and the startups trying to find a way to compete—place on this core company attribute. Coyote works by the same principles.

Startups that claim they can move freight without any people have no idea about the heart and soul of a business, and how customers appreciate and reward that spirit with more business.

IL: What are the most difficult challenges your customers face these days, and how does Coyote help?

Since the economic collapse in 2008 and 2009, every one of our customers has been trying to do more with less. We have been helping them not only by moving freight expertly, at the prices we've committed to, but more and more by providing consulting services. We do that largely through our Collaborative Transportation group, led by Chris Pickett. Now, as part of UPS, we are able to offer global solutions covering all modes, including freight forwarding, customs clearance, and dedicated contract warehousing.

IL: What projects top your agenda at Coyote right now?

Automation is at the head of the list. Over the past several years, the ability to use the latest technologies to eliminate non-value-added tasks from our employees' workloads has become paramount. What exactly we plan to implement is top secret. But we look at this from the perspective of new competitors that have sprung up. We ask: If we were a new company today, would we still do this task? And if we would, how would we do it in the most efficient possible way, while remaining committed to our promises to customers?

This plan is not different from what we have already tried to do. But with the rapid advance of inexpensive technological capabilities, the opportunity has been magnified immensely.

IL: How do you like to spend your time outside of work?

My wife and I have seven children. Enough said.