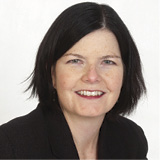 If you do business between Canada, Mexico, and the United States, we bet you are claiming NAFTA on your imports. The question of whether you are doing it knowingly or legally may be up for grabs.

Under the North American Free Trade Agreement (NAFTA), merchandise wholly obtained or produced in the United States, Canada, or Mexico may qualify for free or reduced duty rates. Incorporating, manufacturing, or further processing of goods that originate from a non-NAFTA country in a NAFTA country, however, does not necessarily qualify the goods as eligible for NAFTA.

The rules of origin in the agreement govern such determinations. The NAFTA rules of origin are extremely complex and require detailed analysis. Unfortunately, many companies fail to do that analysis, and falsely claim preferential duty treatment under NAFTA.

The most common cause of false NAFTA claims starts with the shipment's commercial invoice. If your supplier lists one of the NAFTA countries (CA, MX, US) as the country of origin, your customs broker will most likely ask one of your employees to provide a NAFTA certificate of origin.

The employee will provide NAFTA certification without appropriate analysis of the rules of origin, thinking the document is required to clear the goods through Customs. In many cases, employees don't realize that this certification obligates their company to comply with the terms of NAFTA.

We've also seen companies that establish NAFTA programs and routinely advise senior management on how many dollars the company is saving when they inadvertently make false NAFTA claims. Another cause of false NAFTA claims is when a customer requests a NAFTA certificate for goods purchased from you. The goods may have been produced in a NAFTA country, but many companies fail to ensure that their goods actually qualify for NAFTA before issuing a NAFTA certificate.

Canada, Mexico, and the United States all impose criminal, civil, or administrative penalties for NAFTA violations. For example, exporters or importers who falsely issue a NAFTA Certificate of Origin, or make false claim for preferential NAFTA treatment on the customs import documentation, may be penalized. We've seen potential NAFTA false claims represent tens of millions of dollars in unpaid duties, not including interest and penalties that are due. The fines are steep and they add up quickly.

So what's the right way to do it? First, measure your NAFTA reality. How many products do you make or ship among one of the NAFTA qualifying countries?

Once you quantify the number of eligible products, assign appropriate harmonized system classification numbers to those items. After the classification is assigned, review Annex 401 of NAFTA to identify the specific rule of origin that determines whether a product qualifies as an originating good under the terms of NAFTA.

Finally, calculate a return on investment. Measure your NAFTA opportunity—how many of the goods that you import actually qualify for NAFTA? If you import millions of dollars of NAFTA-eligible goods, determine how much it will cost to review each product for NAFTA eligibility, qualify those products, and then certify them. Just like any solid business decision, know your bottom line before signing any NAFTA certificates of origin.

So, how do you determine whether your company is at risk? Sign up for a free ACE account and check out your NAFTA activity by running the AM-008 report. If the Primary SPI is Canada or Mexico, you're claiming NAFTA, just like a lot of other companies.