On a Roll: How a New Auto Plant Revived a Town 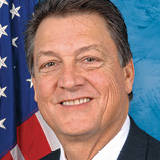 Six years ago, West Point, Ga., was on the brink of becoming a ghost town. More than 16,000 of the town's factory jobs disappeared in the past 20 years, leading to high unemployment, a low standard of living, and a lost sense of community.

But then, something amazing happened. In 2006, South Korean car company Kia Motors Corporation announced plans to build its first American plant, investing $1 billion in West Point and creating at least 2,500 jobs. Suddenly, the town was a flurry of economic activity.

Since production began in November 2009, Kia Motors Manufacturing of Georgia has hired more than 3,000 employees and, together with the more than 60 on-site and local suppliers, is responsible for creating more than 10,000 jobs in West Point and the surrounding area.

To meet demand, Kia has invested another $100 million in the plant, and is planning to hire an additional 200 employees in 2012. When it comes to the Kia plant in West Point, the sky's the limit.

Unfortunately, the same cannot be said of many domestic automakers. In late 2008, Chrysler and General Motors were at a breaking point. Even with the $80-billion bailout the government gave them, both declared bankruptcy in 2009. At the same time, Kia kept seeing success. It is the fastest growing automotive brand in the United States, and has gained market share for 17 consecutive years.

How did Kia achieve unprecedented success while others around it were failing? For starters, at a time when many car companies concentrated on expensive vehicles with low gas mileage, Kia focused on offering affordable, high-quality vehicles with generous warranties. It also began designing and engineering its vehicles for local markets, rather than creating one-size-fits-all cars.

While Chrysler, Ford, and GM cut 83,000 jobs in Michigan between 1993 and 2008, 91,000 new auto manufacturing jobs were created in Alabama, Mississippi, Tennessee, Kentucky, Georgia, North Carolina, South Carolina, Virginia, and Texas, according to a 2008 American Legislative Exchange Council study. The industry wasn't shrinking; auto companies just couldn't keep up with the cost of business in unionized states such as Michigan.

While other states continue to give more power to unions, raise minimum wage standards, and increase the tax burden on local companies, Georgia has done the opposite. When Kia expressed an interest in opening its plant in our state, Georgia officials worked to provide incentives for locating here, helped the company find the ideal site to construct its facility, and introduced Kia to the Quick Start job training program.

This all leads to one very clear conclusion: Free enterprise thrives when it is free. The more taxes, the more regulations, and the more demands we put on our companies, the less likely it is they will succeed. Nothing demonstrates that fact more than the Kia plant in West Point.