On the Road | Conclusion: Anything But Uncommon 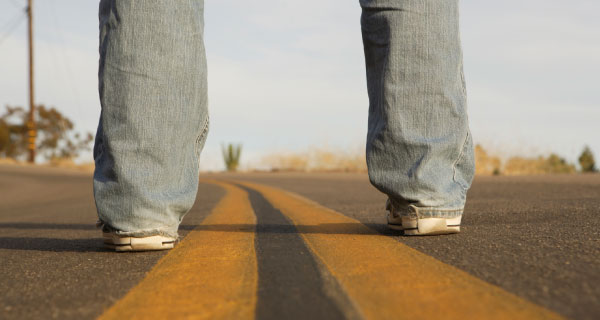 Inbound Logistics Senior Writer Joseph O'Reilly reflects on his travels for the On the Road series.

After one year of intermittent rambling and four months of episodic writing, I'm at a loss for words. So I turn to someone else's.

Two years ago, I received John McPhee's latest book, Uncommon Carriers. The jack-of-all-trades author has always been a welcome addition to my bookshelf. His subject matter and descriptive writing style—ethnographic to the core—mirror my own sensibilities.

Uncommon Carriers struck a new chord though, because it's about transportation and logistics. McPhee tells his story by chugging along with a Union Pacific coal train, piloting scale-model containerships at a Swiss resort, exposing UPS' outsourcing secret, and hitching a ride with an owner-operator on a cross-country odyssey.

Reflecting on this last trip, McPhee writes: "If you have crossed the American continent in the world's most beautiful truck, you prefer not to leave it forever. You think of it from time to time—stainless, flashing like a signal mirror in the Carolinas, California, in Wisconsin, Wyoming, Oregon, and Georgia—and you want to climb back in the cab."

I didn't have a truck cab; I had a taxicab. And my real vehicle was Inbound Logistics. From time to time, I, too, marvel at where it has taken me. In my mental mirror, British Columbia, Virginia, Switzerland, Alaska, and Ireland, flash in and out of frame.

I suspect McPhee has carried this same impulse throughout his career, climbing back up in his "cab" to engage, interpret, and describe new people, places, and perspectives. This was my first time—and I'm just stepping down—but I have a new point of view. Trade articles are always embedded with a context that rarely sees the ink of press: first, the author's motivation; second, the interaction with sources—both people and places. It's rare when these threads are uniquely visible in the final fabric.

These stories are soaked in description to make an impression. They are also anchored by real-world issues—infrastructure, innovation, expansion, contraction—that industry tackles every day. The color commentary brings out the play-by-play details.

Like McPhee's imagined map, Belen, Elizabeth, the Piedmont Triad, Nashua, and Morris have joined mine. No doubt others will follow.

In retrospect though, I can't help but think that McPhee got one thing wrong. These stories are anything but uncommon.