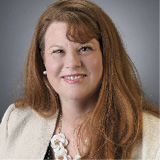 The Rail Safety Improvement Act of 2008 (RSIA) mandates that Positive Train Control (PTC), a set of advanced technologies designed to stop or slow a train before accidents occur, be implemented across approximately 60,000 miles of the nation's rail lines by Dec. 31, 2015.

The PTC mandate does not directly affect the majority of the Class II and III railroads. During the Federal Railroad Administration (FRA) rulemaking process, the American Short Line and Regional Railroad Association (ASLRRA) proposed several changes to the FRA final rule designed to limit the impact on Class II and Class III railroads.

In an amended final rule, the FRA eliminated the PTC requirement for trains traveling fewer than 20 miles on PTC-required track, and extended the deadline to Dec. 31, 2020, for Class II and Class III railroads to employ PTC-equipped locomotives.

As the deadline for PTC implementation looms, Class II and Class III railroads will likely find that the Class Is demand their participation in both PTC capital implementation costs and ongoing maintenance costs. Depending on the provisions of the applicable trackage rights agreement, these smaller railroads may have to contribute, at the very least, to long-term maintenance costs.

The railroad industry estimates that PTC will cost between $14.5 billion and $22.3 billion over the next 20 years. Estimates of the initial deployment costs range between $6 billion and $10.7 billion. Given the gravity of these numbers, Class II and Class III railroads must carefully review and negotiate their rights and obligations relating to PTC under any trackage rights contracts.