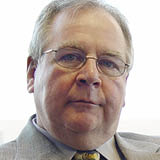 The saying, "The second mouse gets the cheese" represents an analogy for what is happening today in China's "fast-learner" economy. The ability to quickly learn and copy products and technologies developed elsewhere has propelled numerous Chinese firms to global stature. These firms will soon become a force in the United States.

Examples of China's ability to learn span multiple industries. The most telling reflection of this progress comes from looking at Fortune's Global 500. In 2005, only 13 Chinese firms made the list, with only three of them among the top 200. Just five years later, in 2010, 46 Chinese firms made the list, including 14 among the top 200 firms. Alongside the large companies that are becoming global brands, like Haier in consumer appliances and Huawei in telecommunications, are thousands of medium-sized companies with ambitions to serve U.S. consumer and business-to-business markets.

These companies are in business only because they understand better than their competitors how to be the second mouse. They have learned from the experiences of other firms what to produce; they employ low Chinese manufacturing costs to their advantage; and they make incremental improvements in products, especially ones focused on taking out costs. These firms are going to be strong competition for the usual suspects now included on the roster of competitors for most western firms—and that time is not far away.

But what these emerging Chinese competitors don't know is our markets, and how to get their products to market. This reflects to some extent their heritage in the government-run economy of China, when factories were told what to produce and where to ship it. They often never knew their customers. And to another extent, it reflects the complexity of the elements of go-to-market strategy in the United States—a reality that any firm who sells through U.S. big box retailers or national distributors will quickly verify.

In figuring out how to profit from the second mouse mindset of Chinese companies, Walmart was the early bird a decade ago. Walmart went to China, found the suppliers, taught them which products were in demand and how to make them (often with a Walmart brand), became the customer, and built the logistics system themselves to get the products to U.S. Walmart or Sam's Club stores. The latter was no mean feat, in a country with the expanse of the United States and a transportation system that, although developing fast, is still in its infancy.

To a large extent, Walmart was not competing in logistics; they were inventing logistics. Historically in China, logistics was not a business. Factories owned their own trucks or boats and delivered to distributors, nearly all located nearby. China was, thus, a country made up of regional markets and growth for a manufacturer meant inventing ways to get goods to market. When Chinese retailers with national ambitions, such as Gome and Suning, arrived on the scene, they learned from Walmart and began operating their own transportation systems.

In a few short years, many things have changed in China. Incomes have risen dramatically, and the local market has become robust. But one thing that hasn't changed is the challenge of logistics for those with global ambitions. In fact, labor costs in the developed east coast have been rising rapidly, and now the best fast-learner economics are found in places more remote from the familiar Shanghai and Beijing business centers.

The lack of coordinated professional logistics on both ends of the supply chain has driven a number of companies to retrench their supply base away from the best cost. A common theme was voiced by one sourcing manager: "We are bringing some critical components supply back home, or at least to Mexico. The Chinese suppliers are fine, but we can't have another customer order get delayed because some overloaded truck got stopped by the local authorities for two days on the highway and missed the ship. And the Chinese local logistics companies don't coordinate with our regular logistics company, so tracking what is going on becomes our job."

Such customers are pushing their logistics providers farther into China's hinterland and into relationships with the emerging professional providers in China.

The message for the logistics sector is one of opportunity, as such firms can become valued partners to both U.S. customers and Chinese suppliers, linking them together with the full power of fast-learner economics. As China forces a reexamination of many long-held business concepts and strategies, it opens the door of opportunity in logistics.