The Calm After the Storms 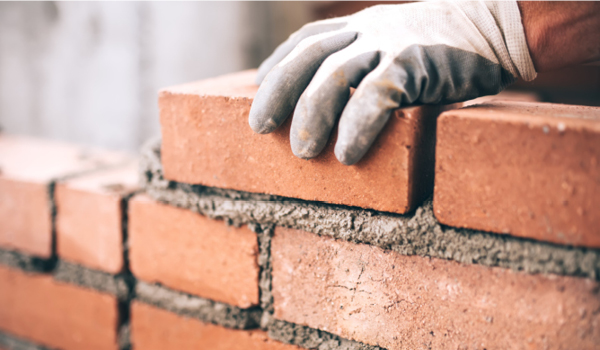 Among the lasting effects of catastrophic natural disasters such as Hurricanes Harvey and Irma is a positive one: Knowledge. It's an understanding of what companies need to do in the wake of a disaster, which efforts worked and which failed, and how to be better prepared.

How Walmart, FedEx, and other big companies have adapted their preparedness through the decades fascinates Sandor Boyson, research professor of logistics, business and public policy at the University of Maryland's Robert H. Smith School of Business. Each disaster brings its own challenges, and with each one new lessons are learned, says Boyson, who is also the co-director of the Supply Chain Management Center.

As he monitored news coverage surrounding Hurricane Harvey, Boyson noted the relief efforts that appeared to have been arranged in advance. Refugee centers dotted the city, supplied with bottled water, diapers, cots, and other essentials. Some 3,000 boats were out on Houston's streets, moving people to safety. Offshore oil and gas platforms were preventively closed.

"A portfolio of planning, pre-positioning, and crisis management activities go into adaptive responses to mega-disasters," Boyson says. "That doesn't mean you can control them, but you can buffer or mitigate against the worst effects."

In the aftermath of Hurricane Katrina — the Category 5 hurricane that struck the Gulf Coast in 2005, leaving much of New Orleans underwater — Walmart was on the ground with bottled water and convoys of supplies for disaster victims even before the Federal Emergency Management Agency.

"How did Walmart overnight become a lifeline for an imperiled city?" Boyson asks. "That's one of the more compelling outcomes of corporate preparation and response. Their networks are on the ground. They are helping people."

The company wasn't alone in its preparedness. Boyson calls Walmart, Procter & Gamble, and FedEx the vanguard in dealing with mega-disasters.

"The company was able to define the basket of goods that they knew would be needed after a disaster, and pre-positioned them," Boyson says.

FedEx, studying past disasters, came to understand ahead of Katrina that it would likely be forced to shut down one air terminal and move operations to a terminal outside the disaster zone. So the company put "large kits" of essential operations materials in alternative air terminals, Boyson says.

Both Walmart and FedEx had meteorologists on staff who gave officials early warning that Katrina was turning into "a monster," says Boyson. "That early warning prompted these companies to activate their emergency response plan. Pre-planning and pre-positioning, and knowing earlier about the event, are all very important."

Procter & Gamble did extensive site analysis prior to Hurricane Katrina, looking to build manufacturing plants in New Orleans that would be elevated from the flood regions. It proved to be an essential preparatory move. Roughly half of the coffee that the company produces in the United States is made in New Orleans.

"P&G was the first manufacturing compan back at work after the floods, because it had located its plant in an area that had slight elevation — just enough to help it get back quicker," Boyson says.

The company built prefab housing that workers could move into in the event of a disaster, a detailed communications plan that involved local police, fire and transportation officials, and established orderly shutdown procedures for the factory, enabling workers to start the plant back up more quickly and with less complication. That kind of rapid re-boot is what the offshore oil and gas operators affected by Harvey will be hoping for, Boyson says.

For Walmart, a key lesson in responding to disasters has been the value of empowering local store officials to make critical decisions without input from corporate executives, says Boyson, who spent time at Walmart's corporate headquarters in Bentonville, Arkansas, with company officials discussing supply chain risk management.

"During Katrina, Walmart told local store managers in New Orleans: Do what you need to do. You are the front lines. You know what actions are required in real time," Boyson says. "That executive support is powerful."

From a government standpoint, whether it's city, state or region, similar principles apply. In Houston, authorities called on local residents to get actively involved with boat rescue, using their own watercraft, where possible. "Whatever was pre-positioned in terms of boats wasn't enough," Boyson says.

Much of Houston and its roadways were washed out or underwater, with Harvey dropping more than 40 inches of rain on the city in just four days. Much of the city was without basic utilities and it was unclear when resident might be able to return home.

"After a while, it doesn't matter how much you pre-position," Boyson says. "There is only so much you can do. When infrastructure washes away, how do you get to people? And when everyone is so spread out in a city as large as Houston, how do you get people to your shelters?"

That speaks to one of the critical problems Harvey posed: How to evacuate a metropolitan area of more than 5 million people.