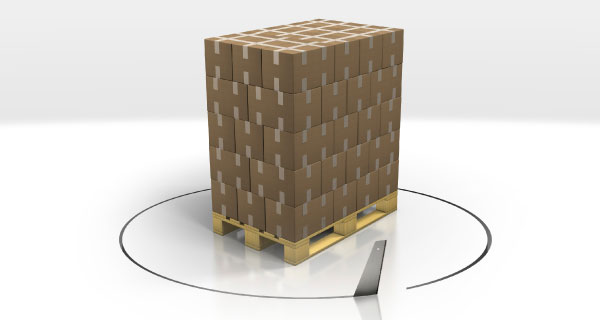 A thriving black market keeps cargo thieves in business—to the detriment of the global economy.

Cargo theft has been around for centuries, from robbers attacking merchants on trading roads to pirates seizing ships at sea to bandits on horseback robbing stagecoaches. Unfortunately, crime

has evolved along with cargo transportation methods. Trucks have replaced horse-drawn carriages, and today's bandits are organized into international crime syndicates.

Cargo theft is an international problem affecting consumers and businesses alike. In today's global economy, raw materials manufacturing and sourcing often occurs in one part of the world, while the finished product is warehoused and consumed in another. Cargo can be stolen at any point in between, compromising product integrity and availability.

The global economic crisis has increased worldwide demand for black market goods. In the United States, where an estimated $30 billion in cargo is stolen annually, cargo thieves are sophisticated, organized, and, generally, not home-grown. Thieves are often recruited from the United States and trained by Cuban crime syndicates, then sent to Florida to establish their operations.

Most of the stolen cargo in the United States is brought to ports and exported in ocean containers to countries such as Paraguay, Venezuela, Colombia, Brazil, Argentina, the Dominican Republic, and Costa Rica. From there, it is sold through black market distribution channels.

In addition to inflicting financial damage on shippers, carriers, manufacturers, and consumers, cargo theft has even more alarming repercussions. In California, violent gangs such as MS-13 (also known as Mara Salvatrucha; its leaders are from El Salvador), have been known to finance their activities through cargo theft, and in Canada, the Chinese Triad crime organization has been linked to several reported cargo thefts. Mexico is in the middle of a serious drug war, and violence is all too commonly associated with cargo theft by these warring drug cartels.

Finally, concerns have been raised that the money generated by various U.S. organized cargo theft rings is being funneled back to terrorist organizations such as Al Qaeda and Hezbollah to fund future attacks against American interests.

Understanding the way cargo thieves plan and accomplish their attacks can help shippers protect themselves against such crimes. (For tips on preventing cargo theft, see sidebar, page 240). Methods vary in sophistication and execution, but here are some common strategies criminals use to attack truck shipments.

In the United States, the most highly sought after shipments are pharmaceuticals, consumer electronics, apparel, and food. Any product can be stolen, of course, but these commodities are reported stolen most consistently.

As demand and prices for certain goods rise, cargo thieves update their lists of commodities to target and fence. For example, when the price of metals such as gold, platinum, copper, or steel rises, their rate of theft increases, illustrating the level of sophistication criminals attain to keep their enterprises profitable. With the current economic crisis, food and other necessities such as bottled water have seen a sharp increase in reported thefts.

Don't underestimate cargo theft's rippling effect on the economy. Consider, for example, the theft of a truckload of Nintendo Wii gaming stations that were on their way to a Best Buy distribution center serving the Atlanta metropolitan area one week before Christmas.

Best Buy won't be able to get a replacement shipment from the vendor in time to meet the demands of its customers. Instead, those customers will seek out another retailer in the same area that has the desired product. Best Buy will lose not only those sales, but potential related sales such as games and accessories. Also, customers may not return to the store that did not have the product they wanted a few weeks earlier.

The trucking company involved will likely be held liable for the loss and have to pay Nintendo or Best Buy for the stolen product. Even if the trucking company has insurance, it may not cover the entire loss because of the policy deductible. Reporting the theft may also result in higher insurance premiums next year.

That's not all. The trucking company may raise rates for future shipments of this product to cover losses it incurred either through out-of-pocket expenses or by paying higher insurance premiums. Those additional costs will be passed on to Best Buy, which will pass them on to customers.

Finally, the government could potentially lose out on needed revenue through sales tax on those items.

While estimates place cargo theft's costs in the tens of billions of dollars, it is difficult to calculate because crime often goes unreported. Given the choice between recovering their stolen cargo or being made financially whole, most cargo theft victims would likely choose the latter to avoid quality control issues. Stolen perishables or pharmaceuticals, for example, may not have been maintained in temperature-controlled environments, creating potential for a serious health crisis if the recovered product is sold.

Another possible drawback to reporting cargo theft is negative public perception. A carrier could lose current or potential customers who fear the company was involved in the theft or does not have proper security standards and protocols in place.

Retailers may not want to acknowledge that they were victims of cargo theft, either. The perceived supply chain weakness could give its competitors a strategic advantage.

Even if the company involved has cargo insurance, it may find its policy insufficient. As cargo theft has increased and insurance companies have had to pay out more for losses, trucking policies have started to exclude protection/coverage if a truck is left unattended. The policies may also include geographic limitations excluding theft losses occurring in areas with high theft rates, such as Miami and Los Angeles. Additionally, the specific types of goods often targeted for theft may be excluded from coverage. Finally, some policies won't cover theft if the driver is involved, or won't cover the loss if it is a result of theft.

Cargo theft is a complex problem affected by factors ranging from local laws to the global economy. The National Cargo Theft Task Force (see sidebar, page 244) has combined the efforts of law enforcement, insurance agencies, and trucking companies to capture the issue's scope, support theft victims, and determine how to combat the situation. Developing this understanding is the first step in curbing cargo theft.

GPS tracking tools can help determine a stolen vehicle's location, and geofencing solutions send a security alarm if a vehicle travels outside a prescribed route or enters high-risk areas. Vehicle immobilization technology can be used to remotely disable a stolen vehicle and aid in its recovery.

Apply a variety of locks to secure the vehicle and cargo, such as king pin locks that prevent the tractor and trailer from being separated, air brake valve locks that prevent brake release, and glad hand locks that lock the trailer's air line. Seals also limit intrusion and create an alert that doors have been tampered with.

Watch for signs that your facility's operation is under surveillance, such as vehicles parked outside or within view of the facility; individuals holding cameras or taking notes outside your facility; unauthorized personnel inside the facility or walking the perimeter; or vehicles (usually mini-vans or SUVs, especially those with two or more occupants) that appear to be following your drivers.

Because criminals can move stolen goods quickly, immediately report all suspicious activity and/or theft to management and law enforcement officials. Respond to every alarm. Frequent "false alarms"—including attempted facility entries or break-ins—may be a sign that suspicious individuals are testing the facility's security system and law enforcement response times.

Know the carrier and driver scheduled to pick up your cargo and verify their identity before you release the load. Monitor delivery schedules and routes, and be suspicious of overdue shipments or out-of-route journeys. Review your supply chain partners' security procedures and know where your cargo will stop along its route.

Keep trucks locked and park them in an organized manner on a well-lit facility lot. Ensure alarm systems are functioning properly, and are monitored by a central station that has updated contact information. Communicate to driver teams that one person must remain with the vehicle at all times. Review security at your site regularly and quickly address maintenance and repair issues.

Cargo theft is often perpetrated with inside help. Rigorous pre-employment screening will help weed out those most likely to steal merchandise from a warehouse, loading dock, or truck.

Trucking companies, insurance providers, and law enforcement agencies have joined together as the National Cargo Theft Task Force (NCTTF) with a goal of reducing cargo theft in the United States and finding solutions for this growing problem.

One of the organization's goals is to improve the accuracy of cargo theft statistics by raising awareness among transportation professionals, insurance providers, law enforcement agencies, and government. To accurately measure the scope of the problem, cargo theft must be consistently reported and tracked.

The NCTTF also seeks methods for storing and mining this data while protecting the privacy of the victims. With this data, NCTTF can make its case to legislators for more funding and tougher laws to fight cargo theft.

by Louis A. Tyska and Lawrence J. Fennelly

Contraband, Organized Crime and the Threat to the Transportation and Supply Chain Function

This book outlines the current global threat to the transportation system and the need for enhanced security programs and individual roles within them.

This accessible text introduces the concept of Total Security Management (TSM), in which risk management and security best practices are implemented for a company's entire value chain.