The Ins & Outs of Import/Export Success 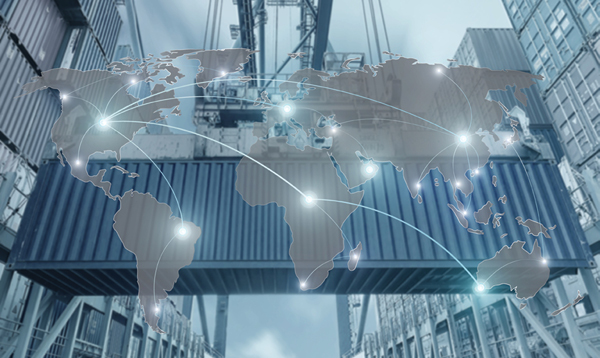 Whether they are bringing goods into the country or shipping them out, import/export professionals embrace ingenuity, grit, and hard work to stay afloat.

Supply chain and logistics professionals responsible for imports and exports have faced numerous challenges over the past few years and few organizations have been spared. Nearly two-thirds of small businesses say they've been unable to acquire some products due to supply chain shortages. Nine in 10 consumer product company executives responding to a recent survey rate supply chain issues as the greatest threat to growth. Even the Girl Scouts and their pint-sized purveyors of sweet treats were hit with supply chain shortages of their newest cookie, Adventurefuls.

Despite these challenges, some import/export professionals have not only survived, but thrived. Their strategies include working hard and smart, and being open to experimenting. The recent trials presented "an opportunity to evolve," says Bruce Lancaster, CEO of Wilson Electronics, a manufacturer of cellular signal booster technology.

Other traits that have proved critical include a willingness to go above and beyond, and to build productive collaborations. "Having strong, trusting relationships with customers and suppliers" has been critical for North American Meats & More, says owner Justin Marx. His company supplies restaurants and food service operators with premium meat, seafood, and other products.

The ingenuity, grit, and hard work of the supply chain leaders profiled here continue to help them succeed.

From its base in Utah, Wilson Electronics has prospered over the past few years by making greater use of domestic suppliers and beefing up its forecasting function, among other steps.

Many of its products come from a factory in southern Utah, where they're assembled, programmed, and tested. At the same time, Wilson's extended supply chains reach across the globe. Like many companies, Wilson has had to navigate freight costs that quadrupled—or more—even as delivery timelines fluctuated. Given the company's location, the Port of Los Angeles has been the best option for receiving goods, despite recent congestion.

To address these challenges, Wilson moved some business to local suppliers, including a packaging supplier that's a three-hour drive away and a large supplier of assemblies that's about six hours away. "It helped to eliminate the variability," Lancaster says.

Every two weeks, Lancaster and his team analyzed demand and customer input to adjust the forecast for every stockkeeping unit (SKU) Wilson offers. They also extended their forecast timeframe by an additional six months, going out to between 12 and 18 months.

"This helped to ensure the company's place in line with key suppliers," he notes.

For instance, if demand fell for parts that were in short supply, Lancaster would let the supplier know so they could supply what Wilson actually needed. This also helped to manage inventory levels from a capital allocation stance.

The team at Wilson Electronics also worked with its suppliers' suppliers to resolve component and material issues. "We went down as far as we could to book materials and give visibility to our orders to ensure our suppliers could meet demands," Lancaster says.

Lancaster began booking shipping containers further in advance, reserving capacity even before Wilson had material to fill them. "This ensured availability when parts were available," he says.

There was a risk: If Wilson couldn't fill the containers, it still would have to pay for them. As far as Lancaster recalled, that didn't happen, likely in part because Wilson is large enough that it can consolidate orders from suppliers to fill the containers.

Over the past 20 years, CarParts.com, a leader in the e-commerce automotive aftermarket, has delivered more than 50 million parts. Several moves made prior to the pandemic bore fruit over the past few years, says Sherry Liu, vice president of international supply chain.

A largely new leadership team came on board several years ago, when the company was struggling. Team members recognized Carparts.com wouldn't be successful entirely on its own. So, they worked to develop strategic relationships with a range of partners, including the company's ocean carriers.

As congestion intensified at the Los Angeles and Long Beach ports, Liu's team asked CarParts.com's ocean carrier to instead send products to the Port of Houston, which is near one of their warehouses. The carrier did.

"The main takeaway is to maintain good relationships with external vendors," Liu says, noting that when CarParts.com asked for additional support, their partners were willing to work with them.

Historically, many agreements between shippers and carriers are non-binding. In another move that proved fortuitous, CarParts.com agreed to a binding contract. It reserved a set amount of space with its ocean carrier, at a locked rate, and then placed funds in escrow to hold it. "Looking back, it was one of the best investments we made," Liu says, as it went into effect about the time the pandemic hit, offering CarParts.com secured space while other companies struggled to find capacity.

Liu also worked with some of CarParts.com's smaller vendors who were having trouble getting shipments from Asia. Instead of "pounding on them," Liu says, she worked directly with these suppliers' Asian operations, and then used its carrier partnerships to move items to the United States more quickly than many other companies could.

To further connect with vendors in Asia, Liu traveled to Taiwan for several months. After quarantining for two weeks, she was able to visit vendors and engage with them face-to-face. "It was key to keeping strong relationships," she says.

Even when a company can access raw materials and components, it can be hamstrung by a shortage in packaging. Just ask BioCareSD, a specialty distributor of life-saving medications that often require refrigeration.

Before any products are shipped, the packaging and liners in which they will be transported must complete an extensive validation process, says Andrew Kirk, chief revenue officer.

In spring 2021, a supplier of lining material was unable to source material, which delayed its shipment of liners to BioCare. The reason? The Ever Given ship blocking the Suez Canal.

BioCare's warehouse manager went to work, contacting multiple vendors until locating a suitable replacement made from the same materials. Instead of insisting on its full order right away, BioCare communicated its exact shipping needs. The supplier was able to send one-third of the original order, which was enough to last until the remainder arrived.

"The important takeaway was to share honest, realistic needs so we could manage through the problem," Kirk says.

BioCare also leased an inexpensive shipping container to store supplies, such as packaging materials, on its premises without eating into valuable warehouse space.

As they met these challenges, Kirk and his team learned several lessons. When validating packaging, it's critical to consider the availability of related supplies, including inexpensive materials such as liners. They also worked even more diligently to maintain strong relationships and communicate with suppliers on all items.

At the same time, BioCare focused on sourcing from multiple suppliers. When the cost of a material or supply is negligible, sourcing from only one supplier to capture volume discounts can leave an organization vulnerable to shortages and delays, Kirk notes.

Also key was leveraging the experience of BioCare's entire team, some of whom came from other industries and brought new contacts and insight to solve these challenges. "Don't take supply chain people for granted," Kirk advises.

One decision that proved fortuitous for North American Meats & More, particularly over the past few years, was to truly partner with Silver Fern Farms, a producer and exporter of grass-fed meat based in New Zealand. Together, the two companies improved the butchery and distribution processes, boosting yields of various cuts of meat by between about one-quarter and one-third. That's key, given the price pressures bearing down on many restaurants.

North American Meats also regularly travels to New Zealand and has worked with Silver Fern to help them provide ready-to-portion cuts. These produce less waste and require less labor in the kitchen.

This has been significant, particularly recently, as many restaurants struggle to attract workers, often paying higher salaries for individuals with little experience. "Working with them on fabrication and butchery has been powerful," says owner Justin Marx.

And as shipping delays intensified, Silver Fern, possibly working with other companies, began chartering ships from New Zealand to the United States. That helps ensure North American Meats can fill its clients' orders on time.

"Logistics involves physical constraints—trucks, containers, warehouses, time and space," Marx says. "Often overlooked are the communication and relationships that take time to build and that you can lean on in difficult times."

In the early days of the pandemic, orders at TapRm.com, a platform for everything beer, jumped from about 10 to 800 per day, says Jason Sherman, founder and chief executive officer. A positive development, but not without challenges. Alcohol distribution in the United States is both highly regulated and inordinately complicated, a lingering consequence of prohibition. TapRm operates within a three-tier distribution system that separates producers, distributors, and retailers.

In 2018, Sherman decided to build a platform that would enable beer brands to work within the system to sell online, and with a degree of accuracy that would rival Amazon. More than 98% of TapRm's orders are delivered on time, intact, and accurately, Sherman says. Some competitors' accuracy rates are in the 50-60% range, he adds.

Initially, TapRm shipped only within New York state. As it considered expanding to other states, freight rates were exploding. "That led us toward a micro-fulfillment center model," Sherman says, which would offer faster delivery, lower freight costs and greater regional variety.

TapRm began partnering with beer retailers around the country, essentially creating dozens of smaller fulfillment centers, keeping freight costs down and speeding delivery times. The company's partners receive fulfillment software, information on best practices, exclusive brands, and a network of couriers, among other solutions, that can "turn them into one of the largest alcohol e-commerce delivery centers in a given city," says Sherman. TapRm currently covers about 40 cities in 34 states.

Along with multiple locations, the ability to take a deep dive into sales and inventory data helps ensure TapRm has the right products in the right places, and can dispatch items to customers at the right time.

Also important? "The number one thing that saved us has been hard work," Sherman says. Especially when expanding to a new city, he and his team are comfortable showing up, packing boxes, and handling other functions, working into the night when needed. "You get great operations when people at the top see the challenges in real life," he adds.