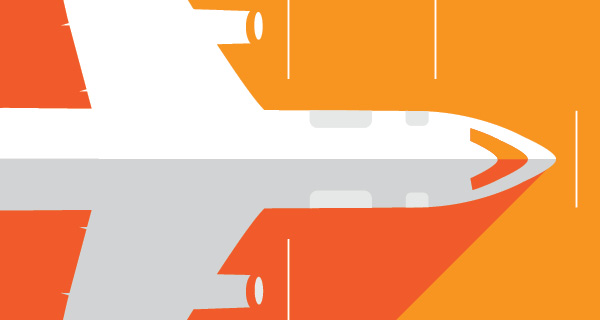 With efficient cargo facilities, abundant access to infrastructure, and reliable handling capabilities, these airports will treat your shipments with top-flight care.*

As is the case with every mode of transportation, a variety of facets influence long-term success at cargo airports—employee performance, technological advancements, risk management, and many others. But the old adage regarding success always applies: location, location, location.

According to the Airports Council International - North America, the following 10 U.S. airports were the most successful in 2015, based on total cargo volume. Most on the list offer dedicated cargo facilities, a reliable infrastructure, and some unique handling capabilities. And in terms of cargo transport, the airports' locations are generally considered ideal. With each of these facets considered, the following airports are expected to remain among the U.S. leaders in cargo volume well into the future.

For years, Memphis International Airport has been recognized as one of the world's busiest airports. In fact, in 2015, it led all U.S. airports in one specific category: total cargo tonnage. Due to its popularity among passengers (140,000 are served each month, on average) and logistics professionals alike, the airport also has an estimated annual economic impact of $23.3 billion, and has a direct or indirect impact on 25 percent of the city's jobs, according to the University of Memphis.

Likewise, UPS has a presence at the Memphis Airport. The expeditor recently expanded its handling facility to 424,000 square feet, allowing it to sort up to 60,000 packages per hour. In addition, the Memphis-Shelby County Airport Authority owns and operates a nearly 1-million-square-foot common-use cargo facility at the airport.

As a result of Anchorage's population of approximately 710,000, most of Ted Stevens Anchorage International Airport's (ANC) traffic is freight. In fact, about 80 percent of all goods shipped by freighter aircraft over the Pacific are transported through the airport.

Despite its location—9.5 hours from 90 percent of the industrialized world—the airport is also regularly ranked among the world's top five airports for cargo throughput.

To counter the state's lack of roads, the airport provides 24/7 capability for Design Group VI size aircraft that can reach 90 percent of the industrialized world.

As these renovations continue, Louisville International Airport remains one of the world's most popular airports. For example, it accommodated 3.4 million passengers in 2015. And, due to its renowned Worldport, owned by UPS, the airport handled more than 5 billion pounds of cargo, freight, and mail in 2015.

"In addition to leading the United States in global freight shipments and perishable imports, we want to lead the way in transport innovation," says Emilio T. González, Miami-Dade aviation director. "In August 2016, Miami International Airport became one of the first six U.S. cargo hub airports to launch the e-AWB 360 campaign, which removes the requirement for a paper air waybill, and will pave the way toward a completely e-freight cargo industry locally."

As the principal international gateway on the West Coast, Los Angeles International Airport serves a local economy as large as many countries' gross national product. Its scheduled freighter and passenger flights cover the international destinations that are served by all other western regional airports combined.

Consequently, Los Angeles is regularly listed among the United States' top five cargo airports with regards to total tonnage. In fact, its total tonnage is equivalent to the combined tonnage of cargo that is processed by the West Coast's next five largest airports: Oakland, Ontario, San Francisco, Seattle, and Portland, according to Los Angeles World Airports.

Consistently recognized as one of the busiest airports in the world, Chicago O'Hare International Airport is not only a national aviation hub, it is also a global air cargo gateway, providing billions of dollars in trade to Chicago's economy. In 2015, its total annual imports and exports were valued at $173 billion, according to WorldCity.

To ensure continued success for decades to come, the airport is currently developing a cargo facility on its Northeast Ramp; the first phase of the project opened in 2016. The airport now maintains nearly 4 million square feet of cargo facility space within its boundary, allowing it to handle dozens of jumbo freighters at once—as well as direct jumbo freighter service to countries including China, Japan, and Qatar, according to the Chicago Department of Aviation.

Operated by the Port Authority of New York and New Jersey, under a lease with the City of New York, the John F. Kennedy International Airport is regularly recognized as one of the world's leading international air cargo centers. The airport contributes an average of $37.3 billion in annual economic activity to the New York-New Jersey metro region.

To continue this success, the Port Authority has invested approximately $7 billion in the airport to date. It recently constructed a new cargo building in the northern area of the airport; it will measure roughly 600,000 square feet when it is completed. In addition, the JFK Airport Travel Plaza, which opened in 2013, provides fuel, food, and rest services for truckers, as well as parking—the first facility of its kind in a North American airport.

Located less than 20 minutes from downtown Indianapolis, the Indianapolis International Airport is one of the largest cargo centers in the United States, and is also home to the world's second-largest distribution logistics operator. As a result of its cargo capabilities, the airport generates an average of more than $4.5 billion for the area's economy.

"The Indianapolis International Airport is a crucial hub for the Midwest logistics sector," says Mario Rodriguez, executive director, Indianapolis Airport Authority. "In addition to the cargo capacity it provides for complex companies that conduct business outside of Indiana and worldwide, the airport is also a significant factor in drawing new business to the central Indiana region—and throughout the state."

As the busiest airport in Kentucky, and the second-busiest serving a metro area in Ohio, the Cincinnati/Northern Kentucky International Airport is consistently ranked not only among the United States' most successful cargo airports, but also among the world's most successful. It is also considered the fastest-growing cargo airport in North America, as cargo volume has risen by more than 50 percent since 2011, according to cvgairport.com.

Since its opening in 1928, Newark Liberty International Airport has been a vital transportation hub for the New York-New Jersey metro area. After all, it is only 14 miles away from Manhattan. It is operated by the Port Authority of New York and New Jersey, and is owned by the city of Newark.

In addition, Newark has a rich history as the United States' oldest airfield, as well as its first commercial airline terminal, which was dedicated by Amelia Earhart in 1935. Today, the airport's present and future remains as rich as its past, as it is not only one of the world's busiest airports, but also one of its most successful—especially in terms of cargo volume.