New Rail Service Will Link the UK and China 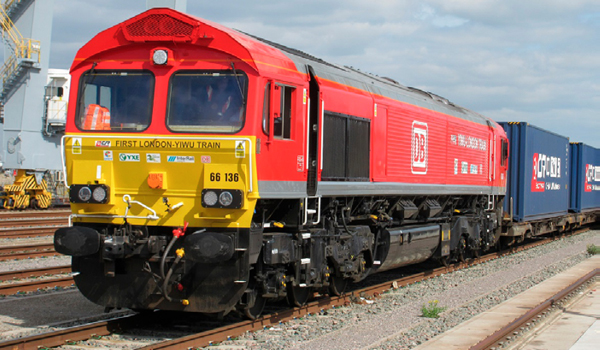 Details of the trade future between the United Kingdom and the European Union may be uncertain, but the UK's trade with China is on track—literally.

The Chinese government's "One Belt, One Road" initiative checked off another milestone in April 2017 as a freight train left London's DP World London Gateway, bound for Yiwu in eastern China's Zhe Jiang province. The China-bound train marks the next logical step after a train completed a journey in the opposite direction—from China to the UK—in January 2017.

The One Belt, One Road program seeks to re-establish ancient Silk Road land connections with Western trade partners that existed for more than 2,000 years, but have fallen into disuse in favor of air and ocean transport.

"This new rail link with China is another boost for global Britain, following the ancient Silk Road trade route to carry British products around the world," said Greg Hands, minister of state in the UK's Department for International Trade, at a ceremony commemorating the event. Those gathered for the celebration watched the last three containers get loaded before the train departed.

The freight train's nearly 7,500-mile journey takes it through the tunnel, where it then travels across France, Belgium, Germany, Poland, Belarus, Russia, and Kazakhstan before crossing into China. Freight carried on the inaugural journey included soft drinks, vitamins, pharmaceuticals, whiskey, and baby products. DB Cargo handles the leg between the UK and Germany, where InterRail Group takes over and completes transport to China.

"Restoring the ancient Silk Road as a means by which China, North Europe, and now the UK can exchange goods is an important and exciting initiative," says Xubin Feng, chairman of Yiwu Timex Industrial Investment Co., a key stakeholder involved with organizing the service. "This is the first export train and just the start of a regular direct service between the UK and China."