Commentary: What You Need to Know About Trump’s $1 Trillion Infrastructure Plan 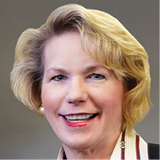 Mary Anne Mellow (pictured) is a shareholder and Jeff S. Wehmer is an associate, Sandberg Phoenix & von Gontard P.C. Ms. Mellow also is chair of the Transportation Committee of the International Association of Defense Counsel.

On May 23, 2017, President Trump released the first glimpse of his highly anticipated plan for a $1 trillion infrastructure package. According to the budget, the rebuilding plan would inject $200 billion into transportation projects over the next 10 years with the goal the administration would meet its $1 trillion target through a mix of new federal funding, incentives for private sector investment, and expedited projects.

The package would aim to speed up project delivery by eliminating reforming regulations that can slow down projects, and will rely on four key approaches: leveraging private sector investment, ensuring federal dollars are targeted toward transformative projects, shifting more services and underused capital assets to the private sector, and giving states and localities more flexibility.

Trump’s budget includes several other transportation-related reforms aside from and in addition to the $200 billion for infrastructure. For example, it proposes shifting air traffic control operations from the federal government to nonprofit or nongovernmental entity beginning in 2021, which would save $73 billion in discretionary spending but remove $115.6 billion in aviation excise taxes. The parts of the Federal Aviation Administration that would remain with the government would include important aviation safety regulatory activities as well as maintaining the Airport Improvement Program.

Overall, the budget would cut the Department of Transportation’s discretionary budget by $2.4 billion, or nearly 13 percent, to $16.2 billion. The cut would primarily affect the U.S. Department of Transportation with Amtrak, local transit projects, and rural commercial air service taking hits. In addition, the proposal trims federal support for long-distance passenger rail service and discretionary grants for local surface transportation projects.

The overall proposal suggests the Trump administration seeks to redirect already limited infrastructure funds to more nationally significant transportation upgrades that can yield the biggest return on investment for the government, rather than local or rural projects benefiting much smaller regions.

The Trump administration plans on expanding transportation infrastructure while at the same time reforming traffic control and cutting the Department of Transportation’s budget by nearly 13 percent. These types of changes will no doubt have an effect, both positively and negatively, in the coming years in hopes of stimulating the economy and economic growth for all Americans.