WTO Conference Marked by Lack of Consensus on Pretty Much Everything 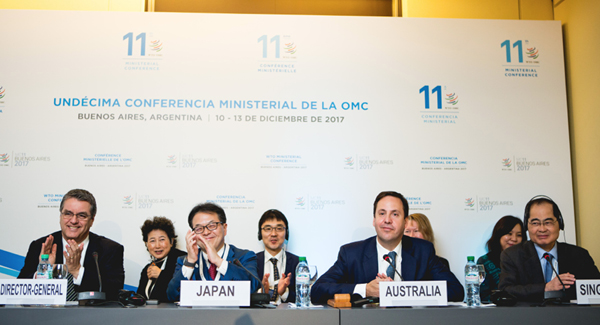 Nobody left satisfied when the World Trade Organization (WTO) wrapped up its 11th Ministerial Conference in Buenos Aires in December 2017. Here are the highlights:

Ultimately, the conference amounted to individual members holding negotiations hostage in varied attempts to force agreements on their own measures. This doesn't bode well for the future of the WTO, which relies entirely on its members reaching consensus to enact new agreements.