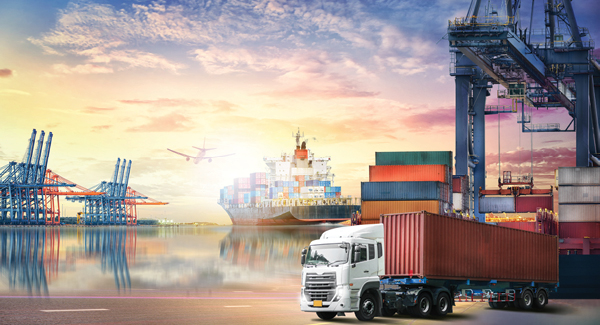 Follow these best practices to cut costs and avoid mistakes when choosing modes and carriers.

Ask any logistics veteran to talk about mistakes they've seen when selecting transportation modes and carriers and you might be in for a long conversation. Some will talk about rescuing shippers who had problems after basing decisions on price alone, while others will explain how a specific experience upended what they thought they knew about a route or mode.

But they all have stories worth paying attention to because of the freight volume involved. Freight shipments in 2015 weighed 16,045 million tons and were worth $19,258 billion, according to the U.S. Department of Transportation's Bureau of Transportation Statistics.

Clearly, there's a lot at stake when selecting a transportation mode and corresponding carrier. To uncover the industry's best practices, Inbound Logistics talked to shippers, freight forwarders, third-party logistics (3PL) providers, and carriers to solicit their best advice. Here are their top 10 tips.

1. Become well-informed about what you're shipping.

"Be educated about the product you're shipping and the capabilities of carriers and consignees," says Jeremy Chaffee, director of domestic operations at Erie, Pennsylvania-based Logistics Plus. "The more you know about your own product, the better transportation choices you'll make."

For example, for products that will be shipped less-than-truckload (LTL), shippers need to know the correct National Motor Freight Classification (NMFC) numbers and freight classes.

While you're at it, learn as much as you can about logistics, too. "It will help you specify exactly what you need," says Corey Nelson, CEO of global trading company 4C Global Logistics in Minnesota. "And don't be intimidated. The vocabulary is different—it's mostly a lot of acronyms—but once you learn the terminology, you'll be in a better position."

When the product is available, as well as when it needs to arrive at the destination, both impact mode selection. But relying on published transit time to select that mode can be dangerous. "The actual transit time is different from what's announced," warns Nerijus Poskus, vice president of global pricing and procurement at Flexport, a web-based freight forwarder headquartered in San Francisco. "There are often weather and terminal delays."

He cites the Shanghai-to-Chicago route as an example: "One carrier announced the transit time as 19 days but the actual time is 27 days."

While companies often focus on cost—and for good reason—they should look instead at what Toby Brzoznowski, co-founder and executive vice president of LLamasoft, a supply chain design software company in Ann Arbor, Michigan, refers to as the "total landed cost."

"You could select ocean freight because it is the least expensive, but it also has the longest lead times and the most variability," Brzoznowski says. "What starts out as 40 days for transit time could end up being 120 days."

As a result, shippers need to factor in the additional cost of safety stock and inventory to offset the possibility that shipments will be late. There's also a lost business cost if the shipper can't deliver to customers on time because of delays.

"What's the marketplace capable of supporting?" asks Steve Raetz, director of research and market intelligence at Minnesota-based 3PL C.H. Robinson. "You might need to use a portfolio of modes rather than a single mode."

Mode diversification also protects the shipper from disruptions or problems with one type of transportation. In addition, it can help a shipper get the best price.

"The biggest single mistake is adopting a one-size-fits-all approach to choosing a mode," says Chaffee. "You might find that shipping six skids weighing 10,000 pounds could be less expensive to move as a partial truckload on Monday, while on Thursday, a dedicated truckload might work and on Friday, a volume LTL might be the most economical choice."

Fauad Shariff, CEO of New York freight forwarder technology company The CoLoadX Corporation, cites a situation where a large tobacco company's finance department required that carrier selection for exporting a large shipment of cigarettes be made on price alone.

"The lower-cost carrier didn't know how to handle, build, or stage the product and left it on the ramp in the rain," he says. "The company spent $25,000 on replacement product, new packaging that was airlifted in, and labor—all to save $5,000 on the initial shipment."

Factoring risk into the price discussion is also important when reviewing bids.

"How confident is the shipper that the provider can get them what they need, when they need it, and in the condition they need?" asks Vito Losurdo, vice president of global airfreight services at UPS.

Some modes carry more risk than others. "If you're shipping expensive electronics from China, you can get them to the destination more quickly and handled with more care if you use air freight instead of the more commoditized ocean freight," recommends Kaitlin Bates, associate at Insight Sourcing Group, a Georgia-based consulting firm.

At certain times of the month, there is less LTL capacity, which drives motor freight prices up, making it less cost effective.

Also, in some situations, the capacity needed doesn't exist organically.

"Some shippers need to put a high volume of freight into an economic corridor that doesn't have the capacity needed," Raetz says. "That means carriers will have to reposition assets. Those intermodal boxes and trucks come at a cost."

Nelson uses capacity as a negotiating point, too. "If I know the trucker is coming back empty on a route, I can negotiate a better deal," he says.

"The first thing we ask when speaking to carriers is, 'What is the lane you travel most often?'" says Nelson. "Carriers all have areas they understand better than others. Once you figure out their sweet spot, you can get a better deal."

"Any good carrier will have niches and segments where they can provide superior pricing and service along with other areas where they don't excel," says Chaffee. "A regional LTL carrier won't be as competitive on cross-country shipments, for example."

Chris Davy says he cut his transportation budget by 70 percent when he started using an online service that matches shippers with carriers. "Switching from a single carrier approach to using technology gave me options I didn't have before," says Davy, who is now executive vice president of sales and marketing at Blue Bloodhound, a North Carolina online marketplace for truck drivers.

"If you're not using a transportation management system (TMS), you're probably overpaying," adds Raetz.

In addition to streamlining processes and adding transparency, technology can create digital models that help companies predict the impact of transportation options on the supply chain.

"Companies have only recently been able to create a true end-to-end digital model of their supply chain, incorporating all cost factors across all functional elements," says Brzoznowski. "In this situation, they can now run a 'what if' analysis that shows what happens to sourcing or customer service if they select one mode over another."

"The longer you wait, the more you're at the mercy of the market," says Bates. "You become a price taker instead of a price chooser."

When trying a new carrier, Bates recommends running a well-planned pilot program—with the emphasis on "well-planned."

"If you end up giving a new carrier an emergency shipment that nobody else will take, it's not a fair evaluation unless you only plan to work with that carrier in emergencies," she says.

Poskus recalls a situation where looking ahead to potential problems might have saved one U.S. automaker a great deal of money. After a large shipment of parts from Germany was delayed because of manufacturing issues, the full order finally shipped late, only to be delayed further by weather problems. The second delay was catastrophic—the factory had to shut down for two days at a cost of $10,000 per minute.

"This situation could have been avoided if the freight forwarder had advised the automaker to ship part of the order by air or LTL so at least a portion of the shipment arrived on time," Poskus says.

Look beyond references provided by the carrier. "References are only good when you can dig them up yourself without letting the carrier know about it," says Davy.

In the end, most transportation experts agree that knowledge of their product and needs, and an understanding of mode and carrier capabilities, help logistics professionals make wise transportation sourcing decisions. If this isn't your area of expertise, partner with a solutions provider that does it well.

"If your company doesn't have the right personnel or expertise for transportation sourcing, don't attempt it on your own," recommends Shariff. "Engage a freight forwarder or third-party logistics provider that has the experience you need."