ALDO Boots Up a New System 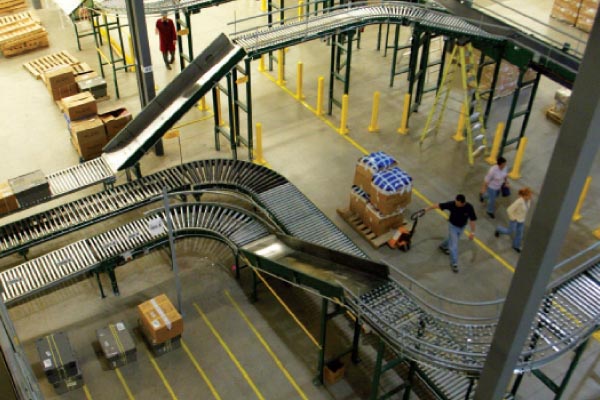 Distribution centers in Montreal, North Carolina, and the United Kingdom help ALDO keep the latest styles in stock at its 1,400 retail stores.

A few years ago, shoe retailer ALDO hit a dead end with its inventory and distribution technology. The company's collection of disparate in-house systems could support a maximum of 600 stores—less than half of what ALDO envisioned. After devising expansion plans that required a new warehouse and distribution facility, ALDO decided the time was right to invest in a scalable logistics technology platform.

Today, Montreal-based ALDO Group sells its shoes, leather goods, and accessories in 1,400 company-owned and franchised retail stores, half of which fall under the ALDO banner. The privately held company, founded in 1972 by CEO Aldo Bensadoun, operates in more than 45 countries across every continent except Antarctica. Thanks to a robust, end-to-end technology solution and a nimble supply chain, ALDO is now well-equipped to step into a prosperous future.

ALDO's main distribution center (DC), a facility in Montreal that encompasses up to one million square feet of space on two levels, employs two shifts to supply 1,000 retail stores in North America. The DC includes 58 receiving and shipping doors, a 464-chute tilt tray, and 12 miles of conveyors.

A recall center in Greensboro, N.C., allows the company to handle returns from stores on the U.S. East Coast. A single shift at this 80,000-square-foot facility distributes two of the company's specialty lines—children's shoes and accessories. The facility allows the company to ship size runs—the range of sizes of a particular shoe—together, which helps maximize sales. On the U.S. West Coast, inventory moves via store-to-store transfers.

To identify areas for improvement throughout its operations, ALDO considered the following aspects of its business:

Expansion and supply chain topped the list of concerns for ALDO, but there were other business-driven requirements of the new system, as well. The company and its staff pride themselves on staying ahead of the competition. ALDO needed sophisticated, function-rich software and efficient hardware that could accommodate emerging "better practices."

The company's IT shopping list included a set of sophisticated warehousing, distribution, and inventory management capabilities, along with increased visibility into its supply chain—from sourcing and allocation to shipping and recall.

ALDO called in myriad enterprise solution vendors who presented their recommendations about the best way to achieve the company's goals. Custom solutions were recommended, but those systems carried price tags of up to $11 million. Looking for a more cost-efficient solution, ALDO opted to work with Deloitte Consulting LLP, which took a best-of-breed approach to solving ALDO's technology challenges.

"Taking a best-of-breed approach allowed us to secure all the capabilities we needed, and saved us money," says Maxime Charron, ALDO Group's IT director of supply chain and finance. "We centralized our business to gain the efficiencies that come from a large-scale operation."

In early summer of 2004, ALDO's Montreal distribution center went live with CDC Supply Chain. The United Kingdom facility followed 18 months later, and the facility in China went live one year after that.

To handle delays from the China warehouse, the staff decided to create advance shipping notices (ASNs) in China, giving the Montreal-based staff insight into arrival times for specific products and eliminating guesswork. ASNs prepared in China also allow stock to flow directly to the company's stores on the U.S. West Coast instead of traveling the China-Montreal-West Coast route, saving considerable time and transportation costs.

Store management confirms receipt of the ASN-identified baskets with a carton label wand, which feeds supply chain systems throughout the enterprise. As a result of these two process improvements, product lead times have been cut by two weeks.

Even in a highly automated environment such as ALDO's, wrong product baskets sometimes arrive at stores. Before implementing the new system, ALDO had trouble confirming product arrival at individual stores because store staff avoided the time-consuming process of manually checking inventory.

Additionally, the new system allows store managers to replenish stock as it is sold, using store-specific sales data rather than estimates.

ALDO's multi-channel capabilities, another benefit of the new end-to-end system, allow customers to order products not available in the store where they are shopping. The order, which is sent directly to the customer's preferred location, virtually eliminates lost sales due to low inventory.

Since implementing the system two years ago, ALDO has opened 440 new stores. Employee productivity has increased 14 percent each year, and product lead times have been shortened by two weeks. Focusing on continual improvement has yielded a supply chain operation that leverages global resources across ALDO's company-owned-and-managed stores, fulfills the needs of individual retail stores, and extends the company's brand through a growing network of franchisees.