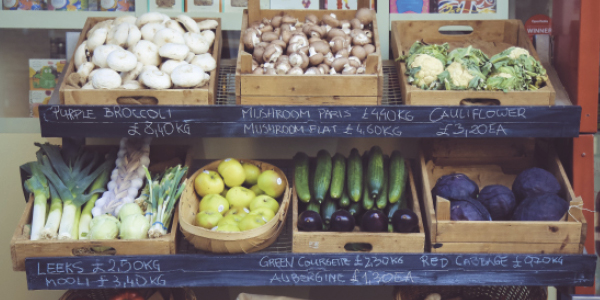 By cultivating a partnership with a technology-based 3PL, a fruits and vegetables distributor quickly gets fresh deliveries to customers, with full visibility.

SunTerra Chicago, the Chicago office of SunTerra Produce Traders East, represents fruits and vegetables growers, and supplies wholesalers and grocery chains in the Midwest, Southeast, and along the East Coast. The company needed a way to monitor its deliveries and keep them fresh.

"This industry presents many challenges, but the most difficult has always been the logistical aspect," says Shaun Black, produce trader with SunTerra Chicago.

While SunTerra's focus remains buying and selling produce, and building relationships with both growers and customers, sprouting a strong transportation function—one that can be counted on to pick up and deliver products, no matter the weather and other challenges that crop up—is key to the company's success. That's why Black aimed to leverage technology to enhance service.

"Especially in the wholesale and retail industries, the timeliness of deliveries, and ensuring the temperature of the products remains controlled, are extremely important," Black says.

Black turned to CargoChief, a technology-based 3PL. Its system connects shippers with the optimal carrier from its network of more than 500,000 trucks. Its Cargo Locate solution allows shippers to track their shipments in real time.

Sunterra Chicago uses Cargo Chief's network of trucks to carry about half the company's deliveries. "Cargo Chief always has the right truck at the right place," Black says.

Cargo Chief applies technology, such as self-learning algorithms, machine learning, and user-friendly interfaces to the transportation world, says Abtin Hamidi, vice president of sales with the Mountain View, Calif.-based firm. "Our goal is to connect the small- to mid-size carrier to the small- to mid-size shipper."

The founders behind Cargo Chief got their start by examining conventional wisdom in the trucking industry, which held that a chronic shortage of trucks was causing instability and volatility, Hamidi says. However, their research provided no evidence a shortage truly existed.

Driving the disconnect was the fact that the market hadn't taken full advantage of technology, often due to cost. Hamidi notes it doesn't make sense for the many small- or mid-size shippers and carriers in the industry to spend six figures on extensive transportation management systems. Without one, however, it can be hard for them to electronically link with each other.

Since its founding in 2012, Cargo Chief's mission has been to create those connections. The implementation needed to be quick and easy, and the solution needed to be able to cost-effectively link many shippers and many carriers.

As a result, Cargo Chief integrates with thousands of shippers and carriers, as well as brokers, and databases with safety and carrier information. From this, it's able to identify an optimal carrier for each load, whether truckload, less-than-truckload, intermodal, or any other requirement.

Cargo Chief also taps several data sources—such as the ratio of trucks to loads, which the company says is a primary factor in lane pricing—to provide updated snapshots of market conditions. It's integrated with several technology companies, such as Google, which helps Cargo Chief monitor traffic and weather patterns to predict transit times. It also can monitor mileage and traffic patterns on alternate routes to provide clients with multiple transit options.

What Cargo Chief has done, Hamidi says, is build a transportation or logistics cloud. "This logistics cloud has access to all of the transactional data, the predictive costing, predictive capacity, and access to this giant network of small- to mid-size carriers," he says.

To leverage this data, the Cargo Chief team has built algorithms and implemented machine learning to predict price and capacity.

This type of information is key for smaller carriers and shippers, most of whom lack access to volumes of historical and market data. As a result, many have either overpaid for services, or been underpaid for the services they provide, Hamidi adds.

Accomplishing this requires a solution that does more than review pricing or lane history. It also requires a more efficient way of gathering information than making repeated phone calls between carriers and shippers. Cargo Chief's technology helps small carriers boost their asset utilization and loaded miles, which improves their financial stability. For shippers, it's able to efficiently locate trucks near them that have capacity to handle their loads, and then it can let them know the rate.

When it began its relationship with SunTerra, Cargo Chief worked with its data sources to find carriers that were located in the regions in which SunTerra operated, and could handle the commodities SunTerra was moving. Once it had connected with these carriers, it began to identify patterns in their cost and availability.

Hamidi provides an example of how this might play out: A shipment of tomatoes suddenly becomes available. SunTerra wants to purchase it, but the transportation method needs to meet specific price and service constraints. SunTerra sends its requirements to Cargo Chief, which can almost instantly respond with the price, the service, and the estimated time of arrival a carrier can offer.

Traditionally, gathering this information may have required a dozen or more phone calls over several hours—at which point the shipment may have gone to a competitor. "They can do that with one press of the button now," Hamidi says.

In late 2015, Sunterra Chicago implemented the Cargo Locate shipment-tracking solution. Now, when submitting a request for a carrier through Cargo Chief's network, SunTerra includes a provision about Cargo Locate. The driver assigned to the load receives a text message requesting them to opt in to Cargo Locate. Once Cargo Locate is activated, SunTerra can track its shipments in real time.

This offers several benefits. SunTerra can send delivery updates to its customers in the manner they prefer. For instance, some ask for text updates only if a carrier has been delayed, while others request email updates at regular intervals, whether a problem is gathering steam or not.

"It goes a lot deeper than just a GPS signal," Black says. In fact, Cargo Locate has led to a drop in claims of about 20 percent, while on-time deliveries and customer service scores have increased by as much as 50 percent, Black says.

Claims are refunds requested by SunTerra's customers when deliveries don't go as planned. "This is a just-in-time business," Black says. "People don't buy in excess, and they don't buy short. They want their product when they want it."

If a carrier is late with a shipment, the customer may buy the produce from another dealer and then turn to SunTerra to recoup any difference in its costs. The amounts can range from several hundred to several thousand dollars.

Clearly, cutting the frequency of claims is a significant success. The reason for the improvement? Drivers who check their progress through Cargo Locate become more conscious of delivery times and maintaining proper cargo temperatures. "They know when they need to deliver; they have a countdown and now it's on their phone," Black says. "It changes human behavior."

In addition, if SunTerra learns a carrier has been delayed, it has time to formulate a solution. Say a carrier was delayed due to a mechanical issue, and the driver is reaching the hours-of-service limit. If the load is particularly critical, SunTerra might dispatch a second driver to keep the shipment moving, while also meeting safety regulations.

Cargo Chief's solutions can be accessed through any web-connected device. The company also has a mobile app.

Any tool that helps drivers arrive at their destinations neither too early nor too late can reduce delivery claims. "We're trying to eliminate problems that cause financial loss," Black says. "That's why Cargo Locate is so important" and provides fertile ground for efficiencies.