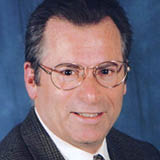 How can an organization eliminate or reduce waste and increase speed in their supply chain? One answer is to replace warehouses and/or manufacturing locations with crossdock facilities or "landing pads."

Tremendous pressure from global competition and just-in-time (JIT) operations in the marketplace has spurred many manufacturers to adopt a lean production philosophy—and a lean supply chain that supports that philosophy. An important element in the identifying and designing such supply chains is an effective line-haul/crossdocking end-user operation.

Crossdocking involves processing inventory or goods on incoming shipments so they can be easily sorted at a terminal, warehouse, or landing pad for outgoing shipments based on final destination to end user or distributor. The items are line-haul cleared as one shipment; moved from the incoming-vehicle docking point to the outgoing-vehicle docking point; then transported to the end user or distributor.

For example, business units headquartered in either Canada or the United States within 500 miles of the border should consider moving shipments by line-haul to crossdock facility and on to the end user. Many companies manufacture product in both the United States and Canada, duplicating their effort, risking product integrity, sourcing raw material and components from the same suppliers, and adding endless inventory to the bottom line—never mind the labor cost in managing that inventory.

As companies strive to be more effective and cost conscious, many have taken distribution and crossdocking to another level by eliminating their current cross-border manufacturing and warehouse facilities. This allows them to secure product integrity and reduce major overhead expenses such as buildings, maintenance, and labor costs, while servicing the end user through seamless distribution. Having total control of customer orders and the ability to invoice the orders and control end-of-month target figures makes this operation favorable to many organizations.

Note that not only outbound shipments can be crossdocked, but also inbound raw materials and supplier components can be handled in this manner, resulting in a cost-effective and controlled distribution environment.

Inbound raw materials and components that are centrally crossdocked, then line-hauled to final destination, support Lean manufacturing and ensure JIT inventory for the organization's needs and procurements goals.

A major consumer goods manufacturing organization based in Seattle, Wash., had major issues with inbound raw materials and component shipments being released by their East Coast suppliers. These orders were entered by purchasing, then released and tendered to common carriers with basically no tracking or correspondence from the supplier as to when the manufacturer could expect the product.

This organization was in the process of moving to JIT manufacturing, and the lead times of the raw materials and components weren't going to further those goals. The costs of multiple LTL shipments were also adding up, and the lack of communication was a major factor.

The Seattle company identified where these valued suppliers were located, and developed a crossdocking operation. Suppliers released orders based on manufacturing requirements, and shipped goods directly to the crossdock location in Chicago. The crossdock facility documented the order details, then relayed them back to the company's purchasing team, providing flexibility in loading the line-haul releases from Chicago to Seattle. The new process saved time and transportation spend, and gave the company more control.

The landing pad concept can be used in strategic geographical locations, not only domestically but also internationally. These locations can service multiple needs, such as warehousing short-term product for tender; acting as a will-call destination serving a company's field sales force or master distributor; and staging small and low-priority inventory for future needs.

In this economy, organizations are being forced to think outside the box for not only effective distribution practices as a cost-effective way of operating, but to be more efficient and customer-focused on service needs and staying far enough away from the competition.

Related Articles
What's the first thing you would do to address the truck driver shortage?Trucking Strategies to Keep Your Freight Moving2021 Trucking Perspectives2021 Top 100 TruckersTrucking TransformationTrucking Relationships: In It for the Long HaulOptimizing LTL ShippingTruckers Give It the GasShould the Emergency Suspension of Hours-of-Service Rules be Extended?2020 Top 100 Truckers More related articles...