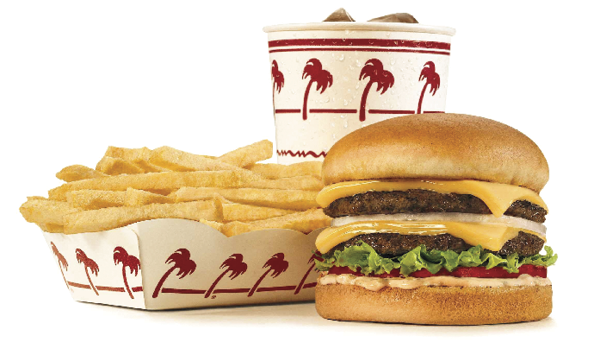 When California-based restaurant chain In-N-Out Burger decided to build a Las Vegas, Nev., distribution center to serve a growing number of surrounding restaurants, it took advantage of the opportunity to improve loading dock equipment, and mitigate several long-standing issues that plagued its other facilities.

With the help of Serco, a loading dock equipment supplier based in Carrollton, Texas, In-N-Out customized standard equipment to fit the special needs of its high-profile trucks.

From its inception, In-N-Out has ground and shaped its own patties, cooked preservative- and additive-free burgers to order, and sliced potatoes into French fries right in the store. Eschewing microwaves, heat lamps, and freezers, the company's focus on quality, and masterful ability to incite demand, has led to resounding success.

But that success also created supply chain challenges. As In-N-Out expanded into Las Vegas and surrounding areas, the company supplied the growing number of restaurants with food and paper products trucked in from its Baldwin Park distribution center, more than a three-hour drive away. When enough stores opened in the area, the chain built a 20,000-square-foot DC in Las Vegas, which began operations in September 2010. Today, the Las Vegas facility serves about 12 In-N-Out restaurants.

Building the new DC from the ground up created an opportunity for In-N-Out to take a fresh look at equipment suppliers and processes.

One main issue Buffum wanted to address involved the speed bump created by dock levelers that failed to lay flush against the floor of In-N-Out's refrigerated trailers. Buffum also sought to improve the security of the wheel chock restraint system. Other upgrades in the new facility included heavily insulated dock doors, a flexible-arm lighting system, and an electronic master control panel from which DC employees can orchestrate the equipment.

The first step to selecting new loading dock equipment for the facility was finding the right supplier—one that could address In-N-Out's concerns. During the search, In-N-Out discussed its needs with multiple companies, ultimately choosing to work with Serco.

"We talked with a number of different suppliers," recalls Buffum. He reviewed equipment options, spoke with other customers, and conducted internal comparisons to determine which supplier offered the best solutions.

Serco, one of six brands marketed under parent company 4Front Entrematic, sells dock levelers, restraints, fans, and other accessories to manage the transition of products from trailers to warehouses or DCs. 4Front operates manufacturing facilities in Carrollton, Texas, and Reynosa, Mexico, then sells its products—including those manufactured under the Serco brand—through a network of more than 130 independent distributors worldwide.

One of these independent distributors, Casco, had an existing relationship with In-N-Out that established the connection for the Las Vegas DC project.

"In-N-Out was having communication issues with its current equipment supplier, and sought a new company to work with," says Michael Brittingham, manager of marketing communications for Serco. "They were looking for a change."

To find a solution that would fit In-N-Out's needs, and accommodate its equipment, Serco engineers went to work analyzing the fast food chain's existing DC operations. After much discussion, and several site visits, Serco built a simulation of its proposed equipment on 3D software and invited In-N-Out staff to its Dallas facilities for what Brittingham calls the VIP, or Visit in Person, program.

The in-person visit involved showroom tours, in-depth discussions, and the final unveiling of the proposed solutions in the 3D software. The software allowed In-N-Out to view the equipment from every angle and watch it operate—all before officially signing off on the proposal. Through the simulation, In-N-Out could ensure that any equipment it installed at the new Las Vegas distribution facility would solve existing problems, and avoid creating new ones.

Serco often customizes solutions to fit companies' needs when off-the-rack equipment falls short of requirements. "We determine each company's unique needs, and adapt our equipment to fit those needs," explains Brittingham. "We don't necessarily design a product straight out of the gate.

"For In-N-Out, we adapted our products to fit the needs of its Las Vegas distribution center," he adds.

One main issue In-N-Out needed to resolve was the speed bump created by a dock leveler that didn't adequately line up to the trailer floor.

When a delivery truck pulled into the company's Phoenix distribution facility, and the dock leveler lowered to meet the truck, the seal of the refrigerated truck would hit the dock leveler. This created an unsafe speed bump for the forklift operator, while also decreasing efficiency during loading and unloading of food and other products.

Finding a way for the dock leveler to connect seamlessly to the trailer floor was one of In-N-Out's prime concerns when building the new DC. In-N-Out's trucks sit higher above the ground than average trucks; they also have lift gates used to lower food to the ground at the chain's restaurants in lieu of unloading at docks. Serco needed to find a way for the dock leveler to clear the lift gate while also accounting for the higher-profile truck.

"Lift gates tend to get in the way of traditional docks," says Brittingham. "Because of all the special equipment on the trucks used to deliver food and supplies to its stores, In-N-Out needed dock levelers that would reach into the trailers more effectively.

"The previous dock levelers were interfering, making it inefficient and unsafe to move the forklifts and products in and out of the trailers," he adds.

As a solution, Serco created an elongated lip for its vertical storing dock leveler. Instead of the standard 20-inch lip, In-N-Out opted for one that extended 24 inches. Those extra few inches, finished off with a special tapered edge, provided enough material for the leveler to clear the lift gate and lay flush with the trailer floor. The added four inches substantially increased stability for forklift operators as they load and unload deliveries onto the trucks, and ensured In-N-Out meets federal worker safety standards.

"Employee safety is paramount to In-N-Out, and they didn't want to have any issues," Brittingham says.

Buffum is pleased with the outcome. "We now have a safer loading and unloading process," he says. "The trucks are secured."

In addition to their new length, the vertical dock levelers provide added benefits. When not in use, the equipment creates a buffer against accidental impacts to the dock doors from operating machinery. The levelers also function as a second barrier against the desert dust and heat circulating outside the DC walls.

On the other side of the vertical dock levelers, as the final barrier between In-N-Out's food and the arid Nevada air, lay the dock doors. The doors feature four-inch-thick, closed-cell XEPS foam panels, and a wrap made of a special foil fabric that reflects energy. The doors help insulate the DC's indoor air from the stifling Las Vegas desert heat and dust storms. Tight sealing along the doors' perimeter keeps out light, heat, and debris.

To further insulate the facility interior from outside air, In-N-Out swapped traditional, 24-inch dock door panels for 48-inch panels. This move reduced the number of seams by 50 percent, and added to the impenetrability of the DC's walls.

Robust insulation and efficient door sealing is key to food safety, and ensures burgers and vegetables stay fresh while workers unload them from the truck. For extra safety, a master control panel powers the overhead doors, keeping employees safe from the vertical leveler's deployment arc.

In its other DCs, In-N-Out uses an above-ground wheel restraint system. The fast food chain sought a safer and more streamlined system, however, for the new Las Vegas DC. Now, when In-N-Out's trucks pull up and slide into position on the outside of the loading dock doors, Serco's universal truck-chock in-ground wheel restraints are applied. The hydraulic-powered system exerts 32,000 pounds of continuous pressure to keep the trucks in place.

To activate the chocks, operators press a button and the wheel restraints rise into place. When the trucks are ready to leave, operators deactivate the system, and the chocks descend into the ground. Because the chocks remain hidden when not in use, the in-ground system limits tripping hazards for workers.

"We bury the wheel restraint system in the ground, flush with the pavement," says Brittingham. "No trailer can get enough traction to pull away from that system."

Buffum says the equipment has helped make the Las Vegas DC a safe place to work. He attributes decreased rates of trips and falls to the new system, including the integration of the dock plate, door, and truck wheel chocking equipment.

"And, we have not had any compliance issues for chocking wheels by any of our third-party carriers delivering inbound materials," he adds.

The focus on safety features would not be complete without appropriate lighting to ensure workers have optimal visibility. For this important element, In-N-Out selected Serco's APS Resource FT Ultra LED dock light. The 15-watt lamp offers a flexible arm that allows workers to move the light wherever it's needed most.

To orchestrate all the high-tech equipment In-N-Out installed in the new Las Vegas DC, the company opted for a Serco master control panel. This master panel provides one-stop controls for overhead doors, dock levelers, in-ground wheel chocks, and other equipment integral to the facility's operations.

The single master panel ensures that all the equipment operates in the appropriate order, maximizing safety and efficiency. Using one system also condenses wiring, which minimizes long-term maintenance issues.

In-N-Out is very pleased with the results of the DC's new dock equipment. "We have not had a lost-time accident in our Las Vegas warehouse since opening," Buffum says.

The Las Vegas facility was the first to receive the equipment customizations, and Buffum says no similar equipment has been installed at other DCs.

"We are testing the equipment in Las Vegas," he says. "We'll consider employing the same equipment at any facilities we open in the future."

Related Articles
How to Prepare for the Food Safety Modernization ActLoading Dock Safety: No More Risky BusinessBREA Wine Company Raises a Glass to LogisticsFood Logistics: Let's Eat!Groceries Give Warehouse Automation A LiftRise and ShineVertical Focus | Beer, Wine & SpiritsFor Beyond Meat and QSR Brands, Asking “What if?” Will Prevent “What Now?”Finding a Caffeine FixFrom Cornflakes and Cars to Logistics More related articles...