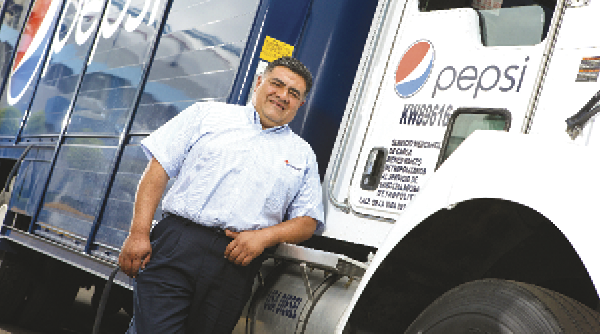 When Pepsi Logistics Company Inc. (PLCI) was thirsty for an automated system for billing customers, and processing and paying carrier freight bills, it whet its whistle with Epay Manager from Level One Technologies.

To understand Plano, Texas-based PLCI's thirst for automation, consider its size and scope. PLCI manages parent company PepsiCo's private fleet, one of the largest in the nation. It also utilizes a network of more than 2,500 carriers to meet the transportation needs of a variety of suppliers, manufacturing sites, and affiliates.

PLCI doubled its customer base during 2013, but that growth also had a downside. The company's manual systems for processing and paying carrier invoices, and billing customers, were increasingly cumbersome and time-consuming.

"When Pepsi Logistics Company launched, we handled paper invoices manually," recalls Adrianne Merritt, PLCI's senior finance manager. "Carriers mailed the invoices, and we processed them by hand, and entered the data into a spreadsheet. Then we mailed the bills to the person responsible for processing payment."

PLCI's labor-intensive invoicing process translated into inefficiency and high costs. Multiple personnel had to resolve disputes, which pushed costs even higher. To solve this problem, and enable growth as demand increased, PLCI sought to automate the invoice and settlement processes for its U.S. and Canada-based carriers, and better facilitate procurement and reporting functions.

"We wanted a system that would provide the flexibility of paperless invoicing with quick pay options, but we also needed software that was user-friendly for customers and carriers," says Adrian Parkhideh, PLCI systems resource manager. "And, we wanted a partner that was open to data sharing, and flexible on the back end."

After examining a number of potential solutions, the company selected Epay Manager, an electronic payment processing system from Maryland Heights, Mo.-based Level One Technologies Inc. "We evaluated four other solutions, but none of them fit the bill for the functionality we needed," says Parkhideh. "Epay Manager had the portfolio we were looking for."

Epay Manager is a Web-based application that integrates with transportation providers' management and accounting systems to facilitate and streamline electronic invoice and payment exchange among intermediaries, carriers, and shippers. The solution is an outgrowth of another venture Level One Technologies started more than 14 years ago, and has taken a while to catch on.

"We were originally looking to design Web-based software that supported the transportation industry, but in 1999 that was difficult," explains Tom Whaley, president of Level One Technologies. "At that time, we wanted to exchange data between offices that weren't connected to one another. The existing technology and infrastructure was rudimentary, and didn't provide the outreach we were looking for."

But the financial crisis of 2008, combined with rapidly maturing technology, provided Level One with the window of opportunity it needed. Following the economic downturn, carriers faced challenging financial times, which created demand for a solution such as Epay Manager.

"During the financial collapse, many banks, lenders, and other trucking company financers suddenly began to withdraw or reduce their lines of credit," says Whaley. "Many carriers suffered, because they were totally reliant on cash flow. In effect, their customers became the sole source of working capital.

"Despite these changes, carriers still needed to balance their revenue, because payments came due for regular operating expenses, such as fuel and insurance," he adds. "Under these conditions, if carriers weren't paid on time, they ran a high risk of becoming insolvent or being forced out of business."

Transportation intermediaries and shippers realized they needed to pay carriers more quickly. "They also found that being more efficient, and eliminating the traditionally slow process of using mail to send invoices and receive checks, could be a huge improvement," explains Whaley. "Most importantly, they discovered that simplifying their systems, and offering easier and faster ways to be paid, would cause carriers to flock to them because they provided cash flow certainty."

That proved to be true with the shippers and third parties who use Epay Manager. That's because their carriers know the specific dates a payment will be credited to their account, and never have to guess when an invoice will be approved for payment, or when a check will arrive in the mail.

"Epay Manager gives carriers better control over when they're paid, and they gravitate to companies that not only understand their financial challenges, but also offer real-world solutions," says Whaley. "Strong bonds form between brokers and carriers when early payment options are introduced and used to incentivize carriers to remain loyal."

"We hit the ground running," says Parkhideh. "Collaborating with Level One, we developed a plan for how the process would work and what it would look like. Our overall goal included automating accounts receivable, so it would be virtually untouched by human hands."

With that objective in mind, PLCI began the task of integrating Epay Manager with PepsiCo's finance systems. "Integration and testing were completed within six weeks, and we were ready to go live," says Parkhideh.

The result of integrating Epay Manager with PLCI's management and accounting systems is an automated back office that is paperless on both sides of the ledger. Epay Manager uses the data it receives from PLCI to guide the entire transaction.

"Our process reverses the traditional method of a carrier sending an invoice by mail or email, which requires a full audit to identify discrepancies," says Whaley. "Instead of allowing carriers to begin the settlement process with potentially incorrect data, Epay Manager proactively sends the carrier PLCI's version of the transaction, based on previously agreed-to contractual data stored in the PLCI system."

This approach helps to reduce the number of disputes, Whaley notes, because carrier data is inaccurate up to 30 percent of the time, and often requires adjustments and concessions to resolve disputes. Sorting out and correcting these issues sap the payer's energy, time, and money.

"We start the process with accurate customer data," says Whaley. "Our system integrates with the users' management systems, calling on contract and rate agreement data to create electronic invoices we send directly to carriers for review and acceptance," says Whaley. "When carriers receive our version of the transaction, they have two choices: they can accept the proposed amount, or enter into dispute, which happens less than one percent of the time.

"Not only is our invoice both interactive and dynamic, it also includes a full-service tool for carriers to attach documents, select an early payment option, or add a reference number," he adds. "All that's left is to wait for a direct deposit on the requested day."

Today, PLCI's back-office operations are completely electronic. When PLCI adds a carrier to its network, it no longer creates or mails invoices or proof-of-delivery documents. Instead, as loads are delivered, PLCI's management systems send rated transaction data to Epay Manager, which creates invoices and automatically emails them to the carriers.

To receive payment, carriers are asked to verify the proposed rate and, in most cases, submit delivery documents via upload, fax, or email.Carriers are able to better manage cash flow by accelerating payments on selected invoices, which are then paid via direct deposit.

"We now have a system that allows us to exchange electronic invoices with our carriers, resolve disputes, collect delivery documents, and make direct deposits to carrier accounts," says Merritt. "The system also allows us to classify, store, and attach documents to invoices it creates and sends to our customers.

"And, we eliminated the time it takes our staff to audit and pay a carrier invoice, and create and send a customer invoice," she notes.

In addition to modernizing how PLCI presents and pays invoices, Level One customized Epay Manager to automate PLCI's entire customer invoicing process. It accomplished this by linking payment data and delivery documents to a corresponding receivable record in Epay Manager, then applying customer-specific billing rules, built into the system.

Both Merritt and Parkhideh say Level One Technologies was easy to work with and flexible when it came to designing Epay Manager to meet their specific needs.

"We asked Level One to make 30 small changes to the system to better meet our needs," says Parkhideh. "Because they found value in our suggestions, the Level One team made the changes at no cost, and completed them within 90 days.

"In some cases, they went beyond what we asked for and made improvements that weren't on our horizon," he adds.

Some of the changes PLCI wanted to make to the system—such as being able to copy reference numbers or shipments directly into Epay Manager without having to go through PLCI's management software, or improving the way paperwork is processed—were very small.

"But a few minutes saved here and there adds up to a lot of time in the long run," Merritt says.

Overall, Epay Manager has helped improve PLCI's financial processes and efficiency since it started using the system, Merritt says. Following the launch, PLCI almost doubled the volume it was handling, but didn't have to make a single addition to the finance team.