Getting Shipments on the Right Track 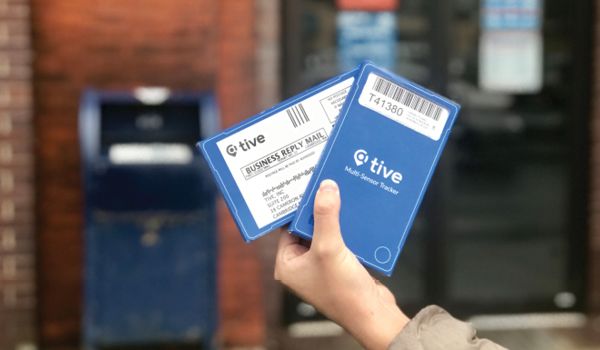 Users can return Tive's tracking devices via the U.S. Postal Service at no cost.

Radio Frequency Systems (RFS) provides wireless and broadcast infrastructure products and solutions to customers around the globe. Because many of the company's products require installation, on-time delivery is critical. Late or damaged shipments raise costs when installation crews must wait for the equipment to arrive.

From its base in Hannover, Germany, RFS designs and manufactures cables, antenna and tower systems, and total-package wireless solutions for original equipment manufacturers, distributors, system integrators, operators, and installers in the broadcast, wireless communications, land-mobile, and microwave market sectors.

Karl Kirschenhofer, the chief operating officer of RFS, along with his colleagues, looked for a solution that would offer visibility to the location and condition of their shipments, no matter where in the world they might be, and no matter the transport mode.

"We needed to know what was happening to our goods in transit," he says. With this information, RFS could determine, for instance, whether to expedite a replacement for a shipment that had been damaged.

Existing automatic identification system (AIS) tracking solutions, however, often fell short. An AIS solution might report, for example, that a shipment had arrived when instead the ship had made it near the port, but been unable to actually pull up to the dock.

To meet its goal, RFS turned to a solution from Tive Inc. that combines a tracker and software to provide visibility to the location and condition of all RFS's shipments.

Kirschenhofer had used Tive's tracking solutions at a previous employer and was confident the solution would help RFS address its supply chain challenges. "Tive is not the usual tracker," Kirschenhofer says, noting that the devices can sense acceleration, tilt, light, and other conditions. They're also able to send email or text notifications indicating the status of a shipment.

Moreover, RFS wouldn't need to install additional hardware or software to access data from the Tive platform. "Tive works without any pre-installed infrastructure, it is easy to use, and the company provides extraordinary support," he adds.

And at about 6 by 3.5 inches, the tracker is roughly the size of a mobile phone. Also like a mobile phone, each Tive tracker sends data over the cellular network.

That's in contrast to RFID solutions, which use proprietary wireless technology that is not as reliable as mainstream cellular technology. Moreover, RFID solutions require additional infrastructure that IT teams must install and manage. Finally, RFID is a passive solution, and only "connected" at facilities equipped with RFID equipment. "Tive is connected everywhere, thanks to pervasive and ubiquitous cellular coverage," says Krenar Komoni, Tive's chief executive officer and founder.

Supply chain and logistics professionals can access the information gathered by the tracker through Tive's cloud-based software platform. They also can set up custom alerts so they're notified when, for instance, a shipment deviates from established temperature or location parameters.

The data from the tracker also can be pulled into an organization's supply chain management, ERP, or other systems, allowing for better supply chain and workflow management. "Tive provides real-time visibility and brings insights supply chain professionals weren't able to get before," Komoni says.

This capability is key, as the fragmentation among shipping companies, third-party logistics providers, and others often results in breaks in the information available to shippers."Customers use the Tive sensor to fill in the data gaps," Komoni says.

Tive's customer base includes companies in the pharmaceutical, automotive, consumer packaged goods, and electrical industries. Most have complex supply chains, often with international and/or intermodal shipments. Their products may be sensitive to temperature changes or perishable.

Once a shipper places the Tive tracking device on a pallet or item, often by sliding it into the shipment label, it can begin transmitting data to the cloud. This means the shipper doesn't need to schedule additional implementation work from its IT department.

While one tracker per container usually suffices, some shippers may use more. For instance, if they need to check for temperature variations within a container, they may use several trackers.

When the Tive tracker reports about every six hours, the battery powering it can last up to 15 months. Shippers who need updating every hour typically will find the tracker lasts about 120 days. This compares favorably to other tracking devices, Komoni notes.

Once a shipment has reached its destination, the tracker can be returned through the U.S. Postal Service. Tive is working with postal services outside the United States to provide a similar solution in other countries.

Tive also has released a single—use tracker that can simply be shipped back to Tive. While its functionalities are more limited than the traditional tracker, it's also less expensive.

RFS tested the Tive device by having it monitor the location and condition of intermodal shipments of cables that were traveling by ocean, air freight, and truck across Europe. "RFS was successful in optimizing routes for deliveries from the production site in France to the hub in Sweden," Kirschenhofer says.

Once Tive proved itself on these shipments, Kirschenhofer extended its use to shipments between China and Europe, and then shipments traveling between China and North America. RFS also uses Tive to randomly evaluate shipping lanes to determine quality and accuracy across the supply chain.

Once a tracker is mounted on a shipment, RFS can determine exactly where it is. This is key when RFS is working with several entities, such as an airfreight provider, a freight forwarder, and a trucking company, and needs to know which one possesses the shipment.

"We have valuable goods and want to see where they are and when they arrive," says Dietmar Brunsch, manager, new technology and innovation, with RFS. RFS then can alert its customers, so they can have the necessary permits in hand and be prepared to begin an installation immediately.

Other tracking systems may not flag goods as sitting idle; instead, they simply state that the goods are "in transit." Even if a system issues an alert, customers typically can't see the physical location of the goods. "They're left scrambling to call around to find where the goods are," Komoni says.

What's more, through its use of various mapping services, Tive can let RFS know whether shipment delays are caused by traffic congestion, weather conditions, or some other reason. Because Tive trackers include both location and condition sensors, RFS can gain a more complete picture of its shipments.

For example, a delay accompanied by a temperature spike may indicate that a shipment was inadvertently left outside on a hot tarmac or other potentially harmful environment. "Access to multiple data streams in real time makes all the data more useful than any individual data stream on its own," Komoni says.

Along with tracking international shipments, RFS is using Tive to track cable drums in the yards of its production facilities. At first glance, the cables often look the same—they're black and of roughly similar size—but they're not. Most are produced to differing customers' specifications.

RFS will use Tive to identify the cables' locations. "It provides a good registry of where they are," Brunsch says. Employees will be able to find the cable they're looking for more quickly than they could by manually searching.

And because the wire cables contain copper and aluminum, it's critical to guard against theft and damage. The Tive tracking solution assists in this effort, as well.

RFS is looking into using Tive to track work in process, Brunsch says. Unlike other tracking systems that rely on humans to indicate the location of pieces as they're being produced, the Tive system can provide this information automatically. That can cut errors.

Indeed, the Tive solution can be used throughout production, as well as through the supply chain. "The multiple use cases help it generate more value," Kirschenhofer says, as RFS can better manage its supply chain and provide information customers need, helping it become a premium supplier.

In the approximately two years that Tive and RFS have been working together, RFS has gained an "eye-opening" look into its goods in transit, Kirschenhofer says. RFS also has been able to more efficiently and accurately track products within its facilities. Both reduce the risk of theft and damage and help RFS more efficiently and accurately serve its customers. "Whenever you do something more for customers, you're differentiating," Kirschenhofer says.

The Tive solution also reduces the need to expedite shipments to replace those that were lost or incurred damage that didn't become apparent until they arrived at their destination.

"The benefits are a mix of lower expenses, greater productivity, and faster transaction speed," Kirschenhofer says.

Radio Frequency Systems (RFS) needed a way to gain real-time, detailed visibility to the location and condition of its global shipments so it could provide timely, accurate deliveries.

A Tive Inc. system combines tracking devices and software to provide visibility to shipment location and condition. The devices use the cellular network to sense acceleration, light, and other conditions of each shipment and convey this information to RFS.

RFS is looking at using Tive to automatically track work in process. Unlike some other tracking systems, Tive doesn't rely on humans to indicate the location of pieces. This automation reduces the chance of error.

Related Articles
Turn to Technology to Attract the Next Generation of WorkersSupply Chain Analytics: Creating Value from Data with Machine LearningGOOD QUESTION | What disruptive innovation will have the greatest impact on the supply chain?Avoid Pricing Pitfalls When Selecting a Logistics IT SolutionLeverage Dashboard Technology to Improve Decision-Making CapabilitiesThe Future Is Now: Strategic Technology Thinking for Shipping and Logistics Facility ManagersTransparency to Efficiency: How IoT Can Increase the Productivity of Your Transportation (Sponsored)Carrier Network Plants Seeds of Delivery EfficiencyMost Mid-Market Supply Chains Are Under-ServedMastering Logistics Complexity: How to Take Control With Technology More related articles...