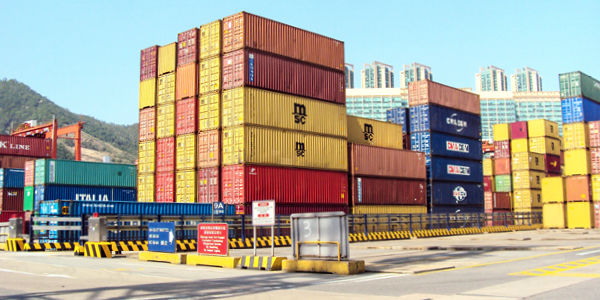 Did Hong Kong Strike Out?

While Hong Kong's season of labor discontent may augur an unsettling trend as Asia's middle class continues to grow—along with discord concerning workers' rights and compensation—the near-term implications serve as yet another reminder of the daily vagaries threatening supply chains.

A lingering, month-long dockworker strike (as of press time) over wages at the Hongkong International Terminals has contributed to a 20-fold increase in vessel berthing times at the world's third-largest container port, reports the South China Post. As a result, Evergreen Marine Corp. and Mitsui OSK Lines are diverting ships rather than face lengthy delays. But the impact may be far greater as ports in the region jostle for market share and Hong Kong's reputation as an efficient distribution hub hangs in the balance.

Volumes were down about five percent in 2012, while most of its competitor hub ports seem to be growing. "That would suggest Hong Kong is under some degree of pressure already," explains Timothy Ross, head of transport research, Asia Pacific, for Credit Suisse, in a recent BBC interview.

The five major Pearl River Delta ports have been growing at Hong Kong's expense over the past several years—and are all in a position to handle diverted cargo, Ross suggests. For shipping companies, it's a question of incorporating these ports into new shipping call cycles, making sure berths are available, and paying the extra duties attached to discharging cargo into China versus Hong Kong.

Port strikes in Hong Kong contributed to a drop-off in U.S. imports during Q1 2013.

While Hong Kong presents a costlier transport connection to Chinese production and consumption centers, it has always been a favorable hub for U.S. companies given its legacy first as an English colony, then as a global financial center, and its fast-fading status as one of the world's most efficient ports. That cost differential is now in jeopardy.

More telling, if the lockout extends into the beginning of peak season shipping, U.S. supply chains may feel some of that pinch—especially as steamship lines continue to micromanage an overabundance of supply.

Texas Pushes for Mexican Produce Trucks to Put on Weight

New legislation on the docket in Texas would allow Mexican produce carriers to haul heavier loads across the border in lieu of paying a fine or dropping shipments to make weight, says the Texas Tribune.

The measure, pitched by Texas State Representative Sergio Muñoz Jr., comes in response to a growing number of trucks forced to make costly detours to unload produce before they enter the United States. Mexico's truck weight limits are considerably higher than the U.S. standard of 80,000 pounds.

Muñoz proposed charging trucks an $80 flat fee in exchange for crossing the border over the weight limit—a move he says will facilitate refrigerated cargo movements and serve as an economic boon for the area.

Mexico is in the process of completing the Mazatlán-Matamoros Corridor, a highway that will provide a direct route between the country's growing western regions and South Texas. The road is expected to accelerate a shift of Mexican produce trucks entering the United States to Hidalgo County, Texas, from Nogales, Ariz., for quicker access to East Coast markets.

The proposed bill would direct money collected through the $80 fee to road maintenance related to damage from the heavier trucks. The Texas Department of Transportation already oversees three corridors for overweight trucks in other parts of the state; this new one would be the first to apply only to produce trucks. Arizona has a similar system for overweight trucks crossing the border near Nogales.

While some cite safety concerns, officials note that produce arriving from Mexico is generally redistributed at U.S. DCs just over the border. The new legislation will address the "first few miles" in the United States.

United Arab Emirates aluminum smelter Dubai Aluminium (DUBAL) set a goal to be among the world's top five aluminum producers by 2015. How does it get there? By taking control of inbound transportation.

"This will help DUBAL maintain optimal inventory levels and result in cost savings," he says. "It will also contribute to faster turnaround times for the procurement and logistics cycle, leading to higher ROI; and will improve data reliability, and reporting and analysis quality."

NAFTA trade is heating up at just the right time. Nearly 20 years after the North American Free Trade Agreement was first ratified in 1994, commercial truck crossings into the United States from Mexico and Canada are steadily climbing, reaching 10.7 million in 2012, a 3.6-percent increase over 2011, according to the U.S. Department of Transportation's Bureau of Transportation Statistics (BTS). This follows a 1.7 percent rise between 2010 and 2011 (see chart below).

Number of Trucks Entering the U.S. From Canada and Mexico 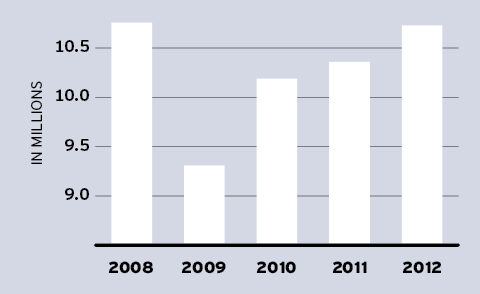 Contributing to this increase in cross-border moves is the 2011 resolution between the United States and Mexico allowing Mexican long-haul truckers unimpeded passage into the U.S. hinterland, if they meet certain guidelines.

The cross-border pilot program was re-launched in October 2011 to comply with a NAFTA provision, and to stop $2.4 billion in annual retaliatory tariffs imposed on U.S. goods by Mexico. The program is scheduled to last three years.

The BTS report comes as The U.S. Court of Appeals for the District of Columbia Circuit rejected appeals leveled by the Owner-Operator Independent Drivers Association and the Teamsters union claiming that Mexican commercial driver licenses are invalid in the United States, and that substandard medical requirements in Mexico present a safety concern for operators crossing the border.

At the Canadian border, meanwhile, the Ministry of Transportation has advised nearly 47,000 commercial truck drivers across the province that a special medical restriction banning them from driving in the United States will now appear on their driver's license—an effort intended to improve safety.

But as many as 41,000 of these drivers had their licenses downgraded simply because they failed to file their medical reports on time, Canada's ministry reports. Truckers are required to update their records every three to five years.