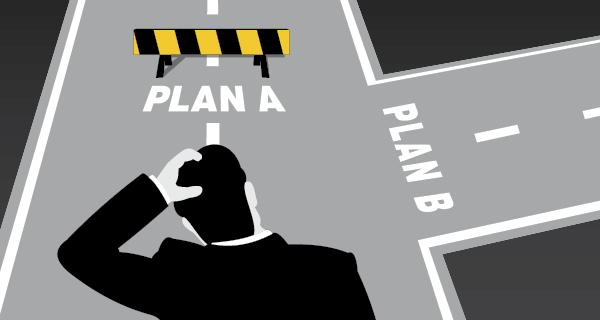 It's déjà vu all over again. The bubbling Bardarbunga volcano compelled Iceland authorities to raise their aviation warning to orange—the second-highest level—as the possibility for another widespread ash cloud grows more likely. It was a little more than four years ago when an ash cloud from the island's Eyjafjallajökull volcano created havoc across European airspace, shutting down airports and forcing shippers to re-route time-sensitive freight.

Review current insurance policies. Corporate insurance policies often have distance and time limitations defining where the damage must occur in a volcano scenario. Now is the time to talk to your broker about what your policy covers, and when.

Consider supplementing existing property insurance coverage. Supply chain insurance provides an alternative to traditional property policies, with coverage for both damage and non-damage-related incidents affecting a named supply and named supplier of a product or service.

Make provisions for delays and storage. Alternative transportation options may be limited, so collaborate with air cargo carriers to ensure capacity is available. In addition, consider ways to store excess products as needed, and determine if alternative production sites are a viable option. Meet with suppliers to review contractual obligations.

Consider alternative routes to market. It may not be possible to deliver goods using usual transportation means, so look at alternatives now so that you are not locked out of the market due to high demand.

Call your broker. In the event of a major disruption, you will likely need the help of insurance and risk management advisers with expertise in claims and real-time crisis management.

Account for affected colleagues. An eruption could strand colleagues. Ensure that human resources policies for dealing with temporary absences are in place.

Activate alternative transportation and production plans. Engage with contracted and alternative transport providers to determine capacity availability and timeframes. Move activities to less impacted sites and/or where suitably experienced staff is available, use a contracted workforce, or fulfill product demand via outsourcing.

Retailers were prepping for back-to-school season months ago. Most school supplies were imported in May, June, and July to meet August demand.

Home Delivery Down Under: It Ain't Easy

It should be simple: Pick up a parcel, consolidate it with other parcels to a destination, and deliver to a residential address. That's true for the United States and major parts of Europe, where infrastructure is mature, populations are dense, and major cities are close by. But it's complex in Australia, where 70 percent of the land consists of desert, and a small population has developed a ferocious appetite for online shopping. Online purchases in Australia grew by more than 46 percent between 2011 and 2013, with the 65 and older age group driving those figures into 2014.

Transporting goods in Australia—let alone to the front door of a residential property—is expensive. A cultural DNA of owning a large block of land pushes residents to the outskirts of major cities, and beyond. Redirecting a private freight company's fleet away from the industrial zones drivers are used to is inefficient and costly. This deviation from consolidated business deliveries also affects service quality as address locations change daily, slowing down even geographically savvy drivers. Throw in a lack of collection points for missed deliveries, and the dynamic of the transport business model begins to change. Is it worth the hassle for established freight and courier companies?

Businesses are moving fast to establish an online retail identity. Product delivery is sometimes their only form of physical representation to customers, raising service expectations of transport providers. Similarly, online retailers need simple rate structures to build into their "free shipping" models. This isn't always possible, as nearly every city and suburb requires a unique rate due to sheer distance, small population, and limited infrastructure.

Online shoppers have been the winners in this complex equation. The fierce land grab among online retailers domestically and abroad, coupled with a willing freight industry, has dropped the average parcel delivery price to less than AUD$15. The true cost of delivering to a residential address in Australia, however, can run into the hundreds of dollars because freight volume into any given suburb is scattered and inconsistent. Tight dirt roads with limited access are the norm, and private transport companies do not have the luxury to subsidize making these deliveries at a loss.

A competitive Australian dollar, combined with a high import duty threshold, attracts many international companies to Australian shores, carrying a range of goods. Once they land, however, they face the same conditions as their Australian counterparts. They must outsource an online order's final mile to a local transport company, which can often take longer than the initial global leg.

So what's the answer? Much depends on the speed at which consumers continue to buy online. If the growth trend stays on course, new freight companies dedicated to home deliveries will need to evolve, along with multiple collection points. This, in turn, will drive delivery efficiencies.

Not all the heavy lifting can be done by public and private transport companies and Australia Post, which leveraged its strength in delivering mail to every home in Australia to become the primary carrier for businesses expanding into the online shopping market. Government intervention is needed to build new roads, invest in rail, and remove flight curfews. In the meantime, a few innovative businesses are experimenting with locker systems for consumers to collect their parcels at more convenient times. Similarly, the Post is moving toward delivering parcels six days a week, while transport companies expand facilities and partner with retail outlets for collection points.

The home delivery market is a lucrative one as we continue to live more of our lives online. But delivering a simple parcel in Australia is expensive, complex, and riddled with factors outside the control of freight carriers.

—Bernard Watson is a supply chain specialist based in Sydney, Australia

Asia and Europe have long been the world's foremost trade partners, dating back to the Silk Road. Now, a new customs agreement between China and the European Union (EU) aims to give traders between the two continents a fresh set of sails.

Under the agreement, the EU and China committed to recognizing each other's certified safe traders, allowing these companies to benefit from faster controls and reduced administration for customs clearance—in effect, simplifying procedures, increasing transparency, and reducing costs.

The EU is the first trading partner to enter into such an agreement with China, having already signed similar deals with Japan in 2011, and the United States in 2012.