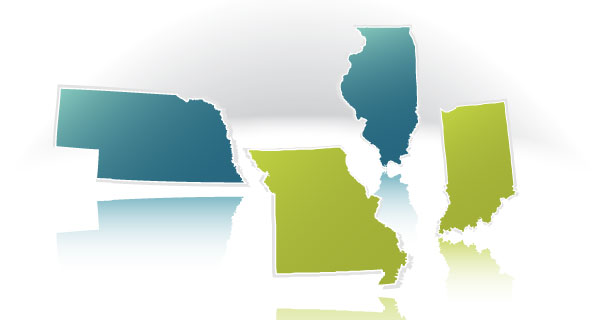 At some spots on the map, the elements combine to create the perfect setting for logistics success.

The features that combine to create the ideal site for a logistics facility depend on the facility itself. Whether a company is siting a factory, a warehouse, or both; whether it needs access to highways, rail hubs, or seaports; where the suppliers are, and what kinds of markets the business needs to reach all contribute to the equation.

Nevertheless, certain attributes rank high on the list for any company seeking a location for supply chain activities. Abundant transportation options, easy access to major markets, prime real estate, reasonable business costs, a high-quality workforce, and a choice of employee training programs are bound to put a location in the plus column. Here’s a look at five regions where the elements of logistics greatness, including positions in the U.S. heartland, really add up.

Locating in central or southern Indiana puts a company in the center of an abundant web of transportation options. The interstate highways that converge in Indiana have earned the state the nickname “Crossroads of America.”

An extensive network of rail services and several inland ports, including facilities on the Ohio River at Jeffersonville and Mount Vernon, give companies in Indiana many cost-effective choices for shipping and receiving freight.

Together with its transportation infrastructure, the state’s geographic location is tailor-made to support a logistics operation. “Indiana falls right in the sweet spot of distribution to every area east of the Mississippi River, including parts of Canada, within a one-day drive,” says Harold Gutzwiller, manager of economic development and key accounts at Hoosier Energy in Bloomington, Ind.

Hoosier Energy is a generation and transmission cooperative that delivers power to 18 rural electric member corporations. Those members serve customers in central and southern Indiana and a small portion of Illinois.

Compared with prices on the East Coast, the lower cost of real estate in the region makes central and southern Indiana an especially good location to site a distribution center serving eastern markets. “Indiana also offers excellent access to the FedEx hub in Indianapolis, which is the second-largest in the world, and the UPS hub in Louisville,” Gutzwiller says. Companies located close to those hubs gain a few extra hours to get shipments out the door to the expedited carriers at the end of the day.

Central and southern Indiana also offer convenient access for businesses that need to be near Indianapolis, Louisville, St. Louis, or Evansville, Ind. And companies that seek locations on interstate corridors can take their pick from among I-64, I-65, I-70, and I-74. “Central and southern Indiana can meet just about any requirement a logistics operation would have,” Gutzwiller says.

One of the powerful reasons for locating in Nebraska is the cost of power. As the only state to be served entirely by publicly owned electric utilities, Nebraska offers some of the lowest electrical rates in the country.

Besides being affordable and reliable, electrical power in Nebraska is diverse. The state’s utilities use a balanced mix of resources — including water and wind as well as coal, nuclear, natural gas, oil, and methane — to generate power. “Nearly 40 percent of our power generation is carbon-free,” Hall says.

Another high-powered asset in Nebraska is its labor pool. In an agricultural region with a strong work ethic, employers get good value for the wages they pay.

Also, companies such as Cabela’s, Kawasaki Motors, and Nucor Steel gain excellent access to markets from their locations in Nebraska. More than 55 million people live within 500 miles of the state. Trucks traveling on Interstate 80 and connecting interstate and U.S. highways enjoy an easy ride from Nebraska to Denver, Salt Lake City, Chicago, Detroit, and other major markets.

Nebraska is home to one of the nation’s largest railroads, Union Pacific, which operates extensively in the state, as does the BNSF Railway Company. Ninety-five municipal airports and all-water access to the Atlantic Ocean and the Gulf of Mexico via the Missouri River round out Nebraska’s transportation options.

Intermodal opportunities make up one of the prime attractions in the bi-state Kansas City metropolitan area. On the Missouri side, Kansas City Southern Railway already has moved into its new, nearly 400-acre facility in the CenterPoint Intermodal Center-Kansas City. The Class I railroad provides direct service to CenterPoint from the Port of Lázaro Cárdenas in Mexico.

CenterPoint also features an industrial park of nearly 1,000 acres. “The business park is up and running, and ready for occupancy,” says Mark Long, senior vice president and principal at Zimmer Real Estate, which represents CenterPoint. The infrastructure has been installed; design and engineering work has been completed for several warehouses and distribution centers; and Schneider National is operating a truck yard on the site.

The infrastructure represents an investment of nearly $30 million by CenterPoint Properties, the owner and developer of the park. Sites are ready for development and the park is a prime choice for companies looking for distribution or manufacturing locations. The available sites can accommodate facilities from 100,000 to one million square feet.

Adding to the park’s list of features is its location and accessibility. The park is located at the intersection of Missouri Highway 150 and U.S. 71, and is within minutes of the area’s major interstates.

The region’s central location, plus the convergence of several interstate highways, make the Kansas City metro region an excellent base from which to serve either the Midwest or the entire United States. “The area is within a two-day drive to 80 percent of the U.S. population,” Long says.

Companies that locate near Kansas City don’t have to go deep into farm country to find suitable real estate. “We have abundant, developable ground that is conveniently located to the city,” he says.

Locating a logistics facility in eastern Missouri, or in central or southern Illinois, can save your company a lot of money. Competitively priced real estate, labor, energy, and transportation all help keep logistics costs low for companies in the region, says Michael Kearney, manager of economic development at Ameren Corporation, an investor-owned electric and natural gas utility that serves 64,000 square miles of the Missouri-Illinois bi-state region.

“Distribution costs about 18 percent less in this area than the national average,” he says.

The bi-state region’s central location and rich transportation infrastructure put it within an eight-hour drive of 78 million consumers whose incomes are above the national average. The array of available modes keeps transportation costs particularly low, according to a survey that Ameren commissioned this year.

“In some areas, transport costs fell as much as 27 percent below the national average,” Kearney says.

Interstate highways offer convenient access to markets such as Chicago, Indianapolis, Memphis, Dallas, and Denver. All seven of North America’s Class I railroads operate in the region.

Businesses looking for real estate in the bi-state region might want to check out the Gateway Commerce Center in Edwardsville, Ill., the Aviator Business Park in Hazelwood, Mo., and the Eagle Court distribution facility in Mt. Vernon, Ill., to name just a few industrial developments where space is available.

Along with its location in the Midwest, a variety of transportation options put the Joplin, Mo., region within easy reach of major markets such as Chicago, Dallas-Fort Worth, Tulsa, Little Rock, and Memphis. Interstate 44 runs through the region, and the four-lane U.S. Highway 71 links Joplin to Kansas City and New Orleans.

The Missouri Department of Transportation recently upgraded four interchanges on Highway 71 to interstate standards, with more improvements to come.

“The stretch from Joplin to Kansas City will be all interstate-grade and will be renamed I-49 by the end of 2012,” says Rob O’Brian, president of the Joplin Area Chamber of Commerce.

Three Class I railroads — Kansas City Southern, Burlington Northern Santa Fe, and Union Pacific (on the Missouri and Northern Arkansas Railroad) — serve the Joplin region, along with two shortline railroads in southwestern Missouri and southeastern Kansas. Air service is available at the Joplin Regional Airport and, within a 90-minute drive, at airports in Tulsa, Okla., Springfield, Mo., and northwestern Arkansas.

These transportation advantages are part of what draws companies such as Frito-Lay, General Mills, Jarden Consumer Solutions, and Schaeffler Group to locate facilities in the Joplin region.

Another attraction is the area’s supply of high-quality workers. “Employers with other U.S. locations give the Joplin region high marks for the strength of the workforce, their willingness to train, their productivity, and their cost effectiveness,” O’Brian says.

Employers in the region can take advantage of customized training programs offered through several institutions of higher learning. On the Missouri side of the border, Crowder College, a two-year institution, and Missouri Southern State University both offer training with state support through the Alliance for Business Consulting and Development. On the Kansas side, Pittsburg State University and two community colleges provide similar opportunities.