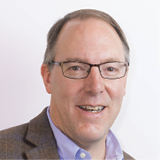 In the popular 1985 movie "Back to the Future", it was predicted that by the year 2015, we would have the ability to fly our cars in the friendly skies. While that version of the future never became reality, we do have a major change to the state of transportation on the horizon with driverless technology.

So what does that mean for the $700-billion trucking industry in the United States? A significant overhaul in the way transportation is managed. And what is the message for anyone working in the supply chain industry? Driverless trucks will change the future.

In the United States as of May 2016, according to Hybridcars.com, eight states allow self-driving vehicles. Nevada was the first state to authorize self-driving vehicles in 2011, and California, Michigan, Florida, North Dakota, Tennessee, and Utah followed. Arizona's governor has issued an executive order allowing for testing self-driving cars as well.

Additionally, the driverless vehicle industry in April 2016 announced the formation of a lobbying group called the Self Driving Coalition for Safer Streets. Volvo, Ford, Google, and ride-sharing giants Uber and Lyft formed the coalition to advance the interests of self-driving cars. The group aims to push the development of self-driving vehicles among lawmakers, regulators, civic groups, businesses, and local governments. The group's spokesman is David Strickland, chief of the National Highway Traffic Safety Administration from 2010 to 2014.

The two major benefits fueling driverless technology are safety and economics. On the safety side, the National Highway Traffic Safety Administration reports more than 90 percent of car crashes are caused by human error. How often have you seen another driver looking down at their phone instead of the road? Or, worse yet, how often have you caught yourself doing this? The reality is that driving is the distraction. As the driverless technology continues to evolve, the goal is to create the world's safest driver.

The potential economic benefits of driverless trucks for the trucking industry are huge. Today, based on Hours of Service regulations, the typical Over-The-Road tractor-trailer combination with one driver has about a 40% utilization factor in a 24-hour period of time.

Additionally, according to the American Trucking Associations (ATA), the trucking industry was short 48,000 drivers in 2015, with trucking companies experiencing an average of 90% annual turnover in drivers. The driver workforce is aging, with the median age of truck drivers being 49 years old, compared to 42 years old for all other U.S. workers, according to the ATA. With driverless trucks that can operate around the clock, the same amount of freight could get hauled with roughly 40% less trucks on the road. Start to think about what that could do to overburdened highway systems in terms of reducing congestion, increasing safety, as well as less wear and tear on roads because of less truck traffic. Additionally, carriers should get higher returns on their assets, while simultaneously shippers should enjoy lower rates.

The driverless truck phenomenon is closer to reality than you think, and that means it's time to start strategizing how this could impact supply chains. Here are three areas to start considering:

So how soon can we expect to see a driverless truck in our rearview mirror on a daily basis? The answer to that question will likely be driven by the government regulators and legislators. It is hard to say for certain, but I know we won't have to travel 30 years into the future for this new reality to become a way of life.