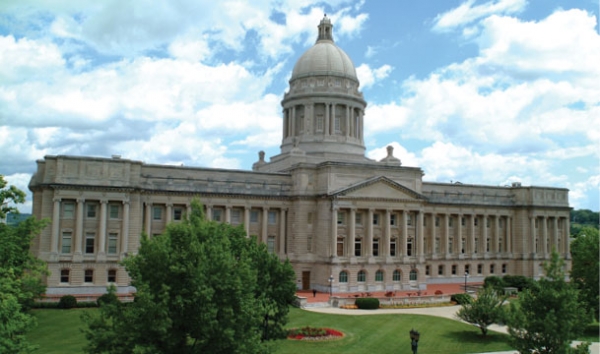 Kentucky is building America's future with its technological savvy, good jobs, hard work, and a government focused on making the most of the state's logistics assets.

Across the nation and around the world, business leaders and logistics providers are increasingly looking to the Commonwealth of Kentucky as a strategic partner on the cutting edge.

With business costs among the lowest in the nation, the state is poised to be the next superstar of the automobile industry. Called the new "Auto Alley" for its strong vehicle-manufacturing presence, Kentucky boasts four major auto assembly plants, as well as more than 440 motor vehicle-related facilities. Since 2010, the Bluegrass State has announced more than 120 automotive-related projects, accounting for more than $2.4 billion in new investment and nearly 10,000 new jobs.

Earning national and international recognition for its hospitable business climate and profitable investment opportunities, Kentucky is home to thousands of domestic companies and more than 420 international operations representing 30 countries. More than 30 percent of all capital investment, and nearly 23 percent of new jobs announced in Kentucky in 2011, were a result of foreign-owned enterprises.

Factors luring new business to the state include industrial power costs nearly 22 percent lower than the national average, and logistics advantages such as two major air cargo hubs—UPS and DHL.

And Kentucky offers plenty of room for growth. The state offers three certified megasites ideal for large-scale manufacturing facilities, as well as more than 200 shovel-ready sites that are ripe for opportunity.

"Many of the world's most successful companies have discovered that Kentucky is a great place to build their business," says Gov. Steven L. Beshear. "The Commonwealth offers some of the most progressive financial incentive programs anywhere, a workforce with a can-do attitude, an unsurpassed quality of life, a burgeoning service sector, and a wealth of high-tech opportunities."

Leading the list of Kentucky's logistics benefits is its location. "Trucks can reach about two-thirds of the U.S. population from Kentucky within one day," notes Erik Dunnigan, commissioner for Business Development for the Commonwealth of Kentucky. "For shippers, that accessibility is conducive to success."

Given Kentucky's accessibility, it comes as no surprise that a long and growing list of specialized warehouse and third-party logistics (3PL) operations have made significant investments in the state. "Kentucky is at the center of a 34-state distribution area," says Larry Hayes, secretary, Kentucky Cabinet for Economic Development.

With all these assets, Kentucky offers enormous advantages to the global automotive community that maintains such a strong presence in the state. A sophisticated supply chain fuels each of the state's auto assembly plants on a just-in-time basis. In fact, more than 300 auto sub-contractors operate in Kentucky.

Among the examples of growth fueled by the automotive sector is the experience of the South Central Kentucky region.

Elsewhere in the region, Sequa Automotive Group's attraction project in Morgantown was the fifth-largest job creation announcement in Kentucky during 2011. Sequa, which produces airbag safety system inflators, plans to create 280 new jobs by 2014, and invest more than $7.2 million in Butler County.

The South Central Kentucky region offers its own unique logistics benefits. "Being located on I-65 makes this region an ideal location for business, because it offers easy access to ground transportation," says Thompson.

"The region is also on the CSX main line, and its Kentucky Transpark has been recognized as one of only five Select Sites on the railway's 23-state network," she adds. "This designation marks South Central Kentucky as one of the premium locations for rail service. It is the only Select Site in Kentucky and Tennessee, and one of only two in the southeastern United States."

The result of all this investment and growth is a jobs report that pushes Kentucky to the front of the pack. In October 2012, the U.S. Bureau of Labor Statistics ranked the state second in the nation for job growth over the past year. The Regional and State Employment and Unemployment Summary found that Kentucky's net job growth from September 2011 to September 2012 was 2.6 percent—second in the nation behind North Dakota's 5.6-percent growth.

"The numbers show the Commonwealth is heading in the right direction," says Hayes. "The data is encouraging, but the state is not resting on its laurels. The state cabinet will do everything in its power to grow jobs and show why Kentucky is a perfect location to do business."

The state has reason to be proud of its job growth. From September 2011 to September 2012, businesses created more than 47,000 jobs in Kentucky. Some of these jobs stem from growth at companies such as General Electric, Ford, and CaféPress in Louisville; DHL and ZF Steering in northern Kentucky; Tempur-Pedic in Lexington; New York Blower in Leitchfield; Bruss North America in Russell Springs; Magna Seating in Shepherdsville; Wild Turkey in Lawrenceburg; and Akebono Brake in Glasgow.

"The Kentucky Innovation Network represents a valuable resource for the state's budding entrepreneurs, and is a leading reason the Commonwealth ranked fifth among all states in the rate of new company formation during the past decade," Gov. Beshear says. "By expanding the capacity of several locations, the organization will be better able to provide service to the rapidly growing number of innovative thinkers and small businesses throughout Kentucky."

The Kentucky Innovation Network helped create 198 new companies, and 811 new jobs paying an average annual salary of more than $50,000, according to the network's most recent annual report. It also assisted client companies in raising $127 million in private investments in fiscal 2012.

To achieve such results, cooperation is key. One example of such cooperation is The South Central Kentucky region, a 10-county partnership in which agencies collectively market the region's assets for economic growth.

"This partnership allows us to combine our resources and provide support to all counties' existing businesses and potential attraction projects," explains Thompson.

The Bowling Green Area Chamber of Commerce collaborates with the Commonwealth, Tennessee Valley Authority, and other agencies to market itself regionally while also maintaining its own county-level efforts.

"The regional partnership emphasizes that job growth in one county positively impacts the economy throughout all counties," Thompson says.

The companies these programs attract to the state can only help increase the resources available to Kentucky's other manufacturing and distribution businesses. And as the state's economy prospers, demand grows for more logistics and transportation providers to help distribute the products created there.

Kentucky has no intention of surrendering its lead in job growth and economic prosperity. "We are making progress, but we still have work to do," adds Gov. Beshear. "We will never stop pushing for more jobs and a stronger economy for the Commonwealth."