Opportunities in the Southeast are Fueling Logistics Growth 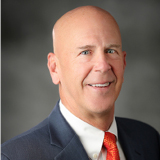 It's no secret that the Southeast has experienced tremendous growth as a logistics market over the last decade. There are many reasons behind this growth.

The region is home to 45 percent of the U.S. population. It also has a strong transportation infrastructure and access to seaports. That, coupled with relatively low labor and real estate costs, makes the region a very attractive home for manufacturing and distribution facilities. Several factors in play will continue to fuel this growth.

The importance of Latin America as a U.S. trading partner is growing. Latin America's newly developed middle class is hungry for goods from the United States. Latin American demand for American goods is growing so rapidly that Walmart's Q4 2012 Latin America net sales growth surpassed that of Asia for the first time.

U.S. trade in goods with South and Central America has grown substantially over the past five years. According to the U.S. Department of Commerce, exports from the United States to this region were $137 billion in 2008 and rose to $183.2 billion in 2012. For the first seven months of 2013, exports were $106.1 billion.

The resurgence in U.S. automotive manufacturing is another factor. With Japan vehicle production not fully recovered from the 2011 earthquakes and tsunami, and German vehicle exports dropping because of unfavorable currency exchange rates, automakers are relying more heavily on the manufacturing facilities based in the southern United States to supply both the domestic and export markets.

There has also been a significant increase in U.S. agricultural and energy exports leaving from South Atlantic and Gulf ports.

The Southeastern supply chain infrastructure will be put to the test when the expansion of the Panama Canal is complete in 2015. Savannah, Baltimore, Norfolk, Miami, and other southern ports along the Atlantic and the Gulf—and the transportation infrastructure that serves them—are already gearing up to handle the increased cargo from the much larger vessels that the Canal will accommodate.

At the same time, supply chain professionals across the United States are being asked to meet new expectations about their department's role in the overall business plan. Not long ago, most companies considered their supply chain operations a necessary evil, a cost center that added little to the bottom line. But the supply chain success of retail and e-commerce firms like Walmart and Amazon has altered that perception. Today, firms are looking to their supply chain and logistics departments to add value for their customers and enhance the business' competitive advantage while increasing its efficiency and profitability.

As a result, they are investing capital in new distribution centers and new material handling and logistics equipment and systems that will allow them to better serve customers in the United States and globally. Distribution and logistics center construction is up nearly 300 percent over a year ago, with the Southeast, Georgia and Tennessee specifically, leading the way.

While this increased investment is a positive development for our industry, it adds pressure on supply chain and logistics departments for ever-increasing operational effectiveness. Ideas, tools and solutions are required to meet these new demands.

At MODEX 2014, you'll find innovations and solutions that will help your manufacturing and supply chain operations meet and exceed the increased expectations from company management. You really can't afford to miss it.

The expo will be held in Atlanta's Georgia World Congress Center from March 17-20, 2014. Visit MODEXShow.com to learn more.