Ports and Shippers Prepare for the Post-Panamax Age 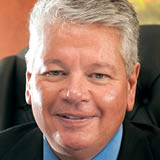 Q: What are the key issues shaping the future of maritime trade?

A: One of the greatest opportunities coming to the maritime sector is the widening of the Panama Canal, which will be completed in 2015. It will impact the face of global commerce, and affect trade patterns to the U.S. East Coast. Shippers bringing in goods from Asia will be able to import containers directly to East Coast ports, instead of offloading cargo on the West Coast and shipping goods across the nation via rail and highway. Ports that serve the East Coast will begin to play a larger role in handling Asian cargo as trade patterns shift from West Coast to East Coast ports.

Q: How is the maritime sector preparing to handle these changes and meet shippers' needs in the future?

A: Ports up and down the East Coast are preparing themselves to accept the new post-Panamax class of mega cargo ships—with capacity of more than 10,000 TEUs—that will begin passing through the expanded Panama Canal. By dredging harbors, expanding rail lines, and improving port facilities and distribution centers, the maritime sector is ensuring it will be ready to accommodate these large cargo vessels and better serve the global shipping community.

At PortMiami, for example, we are undertaking more than $2 billion in infrastructure improvements to be ready to welcome these ships in 2015. These critical investments will allow PortMiami to take advantage of its position as the closest major East Coast port to the expanded Panama Canal. Deepening our harbor and directly connecting the port to the nation's rail and highway system will enable PortMiami to double its cargo capacity and help it grow as a global logistics hub serving shippers around the world.

Q: What features should shippers look for in a port to ensure the facility is able to handle their cargo needs in the post-Panamax era?

A: Deep dredging is one of the most important aspects of preparation for the new class of post-Panamax ships. Upon completing our $180-million deep-dredge project, PortMiami will be at minus 50 feet when the expanded Panama Canal opens. Shippers should also select a port with crane infrastructure that has been upgraded to receive new Panamax ships. By purchasing four additional Super Post-Panamax cranes, PortMiami will be able to service these larger ships with the increased speed and efficiency shippers demand.

In addition, shippers need a port with ample access to well-connected infrastructure that can expedite the movement of goods and cut down on overall transportation time. At PortMiami, we have embarked on a $50-million plan to re-connect the port with the national rail system, and speed shipments throughout Florida and into the continental United States. These new efforts will help containerized cargo that comes through our port reach 70 percent of the U.S. population in one to four days. By functioning as a global logistics hub, PortMiami can offer shippers key advantages.