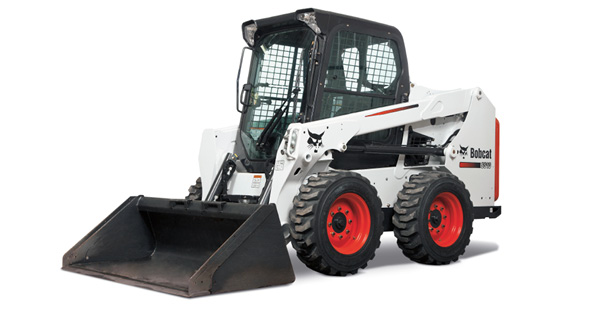 In a market where carriers can call the shots, smart transportation management is more important than ever. Here are some strategies driving success.

Cost, capacity, customer service. These are the three Cs that keep shippers up at night. How companies prioritize one over another depends on the type of product they're moving, their customer base, and how they manage transportation.

As rates rise, truck drivers grow scarce, and capacity runs short, shippers have limited recourse, and have to be smart about how they set transportation strategy. Trucking companies, by contrast, have the ability to haul what they want, where they want, at the rate they want.

"For the first time in a while, carriers have the opportunity to choose who they want to do business with," notes David Belter, vice president and general manager for transportation management at Ryder, a third-party logistics (3PL) provider based in Miami. "They are focusing on high-quality customers who have as much interest in the carrier's cost as their own."

Shippers are in no position to call the shots. In fact, many carriers are looking for customers who are willing to go the extra mile with their transportation and 3PL partners.

"Carriers want to do business with shippers and 3PLs that are interested in working together to improve processes, and become more efficient to drive cost out of the operation," Belter says.

Today's business environment represents a gut-check moment for shippers—a time to evaluate transportation and logistics accountability. Many are looking into their crystal balls to divine changes in the market and align their roadmaps accordingly.

In 2009, farm and construction equipment manufacturer Bobcat Company found itself in a similar predicament—except it looked in the mirror rather than a crystal ball.

"For decades, we manufactured our Bobcat skid steer loaders, excavators, and attachments in southeastern North Dakota, which is not exactly a logistics mecca," explains Russ Ormiston, North American logistics manager for the West Fargo-based company that is part of South Korea's Doosan Group.

Logistics has always presented a challenge for Bobcat. For the company to succeed and grow, it had to make transportation a core part of the business.

"We started our own fleet, traffic, and brokerage departments, and operated those divisions for about 30 years," Ormiston recalls. "We ended up growing our own fleet to eventually include 70 semis and 180 trailers, as well as flatbeds and vans."

Then a funny thing happened. North Dakota struck gold—black gold. The Bakken shale revolution drew business interests and assets to the area. Bobcat decided to stake a claim of its own.

"We took a hard look at what we wanted to focus our efforts on," explains Ormiston. "Our core competency is welding, manufacturing, and machining. We considered eliminating our logistics operations altogether."

In due course, the manufacturer began a pilot relationship with Ruan Transportation Management Systems, a 3PL based in Des Moines, Iowa. "We went into the partnership thinking we had built the best mousetrap," Ormiston says. "We owned our truck and trailer fleet. We thought we knew logistics.

"We planned to just test-drive Ruan's capabilities by outsourcing a small part of our business to see how they could perform," he says. "That's when we realized we were not the subject matter experts in logistics."

Bobcat recognized that divesting non-core transportation and logistics functions would allow it to re-focus attention on top-line growth efforts. But completely overhauling what had been an integral part of the business for many years did not come easily.

"We employed a team of long-term drivers, many of whom were 20-year veterans," explains Ormiston. "This was a stable part of our business that wasn't experiencing turnover. So getting rid of the traffic division didn't happen overnight."

Bobcat sought proposals for a merge-in-transit center to serve customers in the eastern United States. Ruan won the bid and began operating out of a Minneapolis distribution facility. It started out as a warehouse location for Bobcat's outbound product. The manufacturer shipped finished goods from multiple manufacturing plants to the merge-in-transit location.

"Instead of Bobcat shipping product to dealers from locations such as Bismarck and Gwinner, N.D., and Litchfield, Minn., we brought all that product—which could include a less-than-truckload shipment with equipment attachments, one truckload carrying a skid steer, and another with an excavator—into our facility, comingled it, then optimized the outbound load," explains Marty Wadle, senior vice president of supply chain solutions at Ruan. "We reduced Bobcat's transportation spend by taking this approach."

Ruan ran the operation for a few years, slowly building trust with Bobcat. Eventually, the manufacturer assigned the 3PL its entire transportation program. "We asked Ruan to take over the whole show," recalls Ormiston.

3PLs in the Driver's Seat

Up until then, Bobcat had maintained ownership of its assets. But the company soon realized Ruan was better purposed to control the entire operation. "We went into this partnership with a blueprint. Then it dissolved," Ormiston explains. "We sat back and let Ruan take the driver's seat. That's when the business started to grow and expand into other areas."

Following the successful pilot phase, Ruan took over inbound materials management for Bobcat's factories. The 3PL began managing inventory through its merge-in-transit facility, crossdocking product and even performing some postponement work. "We put product away, then picked based on Bobcat's production schedule at each location, feeding its lines with shuttle trucks in between," says Wadle.

Ruan eventually established a dedicated fleet for Bobcat between its east and west merge-in-transit facilities and multiple production plants.

"Typically, shippers view dedicated as premium spend," Wadle explains. "But carriers can offset that cost by bringing other value-adds to the table—eliminating empty miles and optimizing outbound freight, for example."

The 3PL worked its way into a larger dedicated operation performing outbound deliveries—hauling product from the merge-in-transit centers to dealers, then picking up raw materials on the inbound trip.

"We erected assembly lines within Ruan," adds Ormiston. "So they have done some light manufacturing and assembly work for us, as well as containerization and packaging."

The Path Toward Partnership

Bobcat's story isn't unique—except for the fact that it began this transportation management journey well before the U.S. economy fell into recession and driver and capacity shortages began to surface. Its motivation was purely performance-driven. The manufacturer took a hard look at its business and projected where it wanted to be.

Today, many shippers don't have the luxury of discretion. Capacity comes at a cost; and timely service is contingent on capacity. "Everyone is looking for that sweet spot where they can have predictable cost while delighting customers with service," says Ryder's Belter.

Capacity is tightening to the point where many shippers are now forced to consider different options in order to assure optimal service levels.

"Shippers that previously bought only a one-way solution now want to put together a dedicated contract carriage arrangement to move their freight, because capacity is shrinking," says Wadle. "All shippers are looking at the market differently, wanting to tie down capacity versus playing the load boards. Carriers aren't there to move that freight anymore."

Dedicated carriers that could never compete for certain customers on cost alone are now flooded with new business leads. Service and capacity sensitivity is similarly feeding new appreciation for partnerships, which became a mantra among asset-based 3PLs and carriers during the recession, when nearsighted shippers played the market for ever-cheaper rates.

Wadle sees more long-term commitments from customers. By rule, Ruan typically doesn't enter into contracts for less than one year. Most dedicated arrangements fall in the three- to five-year range, because the 3PL needs to amortize its capital investment. It will similarly tie a customer down to schedules on the equipment.

"If the economy picks up and extra capacity becomes available two years into a five-year contract, shippers may want to go back to the one-way solution," Wadle says. "They can do that—but they own the trailers and tractors. As a dedicated provider, we don't have a home for that equipment once a customer goes away. We can't just take it out and haul freight over the road."

If the threat of a capacity shortage doesn't imbue shippers with a new respect for partnerships, the growing analytical complexity assuredly will. Industry is leaning on technology to help drive more efficiency in the U.S. network.

Ryder, for example, has created a transportation practice that measures all the key performance components within a network. Belter likens what it does to baseball game statistics.

"Baseball game box scores report who won and lost, and how many runs, hits, and errors occurred," he explains. "It's the same thing in transportation from a cost and service perspective. You can measure some key metrics that provide indicators of where you need to take action."

Transportation management systems and business intelligence applications support tactical and strategic network control that companies couldn't even approach a decade ago. Add to that the objectivity a service provider can bring to bear, and shippers can quickly find opportunities for improvement.

"Companies can spend 10 percent of their time identifying opportunities, and 90 percent executing them," Belter says. "Just a few years ago, companies were spending as much time performing supply chain analytics as they were pursuing opportunities."

One Stop to Fully Integrated

In retrospect, Bobcat's partnership with Ruan was timely. The decision was reflexive, not reactionary. Given today's market, the company is better positioned to leverage economies of scale and grow. "Our in-house dispatch team consisted of two people; Ruan has a whole department dedicated to it," says Ormiston. "Its carrier network far exceeds ours."

Bobcat is now expanding its dedicated fleet to service all its factories in North Dakota and Minnesota. It's also considering adding production in the Southeast.

"We'll send a truck out on a one-way trip, and we might have a backhaul 500 miles away," Ormiston explains. "But instead of deadheading, Ruan brokers out our trucks and trailers, then shares that revenue with us."

Bobcat and Ruan have progressed from a probationary one-stop solution to a fully integrated transportation management program. The manufacturer has Ruan employees working on-site who blend into the receiving process, consolidating loads and providing counsel.

It's a true merge in transportation management.