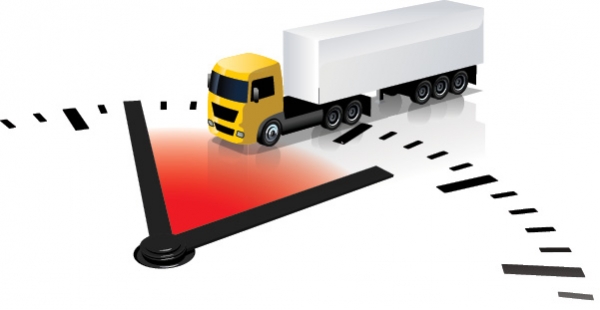 Hours-of-Service: A Question of Time

Trying to wrap your head around the Federal Motor Carrier Safety Administration's (FMCSA) Hours-of-Service (HOS) regulations that went into effect July 1, 2013, is a numbers game.

When you get down to the nitty-gritty details of how the new HOS rules impact trucking companies, their drivers, independent owner operators, and ultimately shippers, it's all about the numbers: the 168-hour week; the 60-hour cap for drivers working seven consecutive days, 70 hours for eight consecutive days; the 34-hour restart; the 30-minute break; and the consecutive 1 a.m. to 5 a.m. rest periods.

The most glaring number, however, is the 115,000-driver deficit expected by 2016—a point documented in the 2013 State of Logistics report. No less important, some trucking insiders speculate the new rules will reduce trucking capacity by three to five percent as a result of lower driver and truck utilization. Regardless of how fuzzy your math is, those numbers don't add up.

That seems to be the cardinal concern among carriers that know finding qualified drivers is becoming a challenge. The FMCSA's Compliance, Safety, Accountability (CSA) requirements make that task even tougher. And federal lawmakers thus far have been indifferent to legislative efforts aimed at increasing gross vehicle weight limits on U.S. roadways. Productivity is trending downward as capacity shrinks.

Even before the U.S. Court of Appeals recently sustained most of the HOS provisions—notably snubbing a 30-minute rest requirement for short-haul drivers—many carriers were preparing for the inevitable.

In 2012, for example, Iowa-based truckload carrier Ruan began re-analyzing its routes. Roughly six percent of Ruan's more than 230 locations are affected. The 34-hour restart provision, in particular, shakes up operations that run 24/7, such as dairy, retail, and grocery.

Drivers who work overnight have felt the impact the most. But these operations aren't necessarily adding resources. Most are making adjustments by re-routing deliveries or adding part-time drivers.

"The new rules will affect productivity," notes Lisa Gonnerman, Ruan's director of safety. "The 30-minute break requirement (mandated after working eight consecutive hours) effectively reduces a driver's workday from 14 hours to 13.5. It will force some drivers to make fewer stops and/or reduce miles per load in a day to remain in compliance."

The court rejected the 30-minute break for short-haul carriers—a move that benefits trucking companies. Short-haul drivers are not behind the wheel for eight hours at a time; myriad interruptions limit fatigue.

"Had the 30-minute break been mandated, it would have had a huge impact," explains Jerrell. "From an economic perspective, truckers are pushing up against what they are allowed to do to operate at peak performance. They are using that time."

With the 34-hour restart, however, logic is fleeting. The conditions are convoluted, which makes interpretations confusing. Jerrell offers one example.

"But the following week, I get in at 9 a.m. I can't begin my restart even though I had a 37-hour off-duty period the week before—because it doesn't go back to the start of the rest period, but rather the beginning of the restart. The only way I can get off cycle is to go one week without using the 34-hour restart to get back to where I was. That makes no sense," he says.

Depending on when drivers start their week, they might have to add as many as 18 hours to their restart, limiting the overall number of hours they work in a week—and also reducing pay.

"As a result of this inefficiency, some carriers may need more drivers and potentially more assets to do the same amount of work," explains Gonnerman. "In an industry plagued by a shortage of qualified drivers, some carriers may turn to hiring less-experienced drivers."

The 34-hour restart still remains optional. As long as drivers stay under the 60/7 or 70/8 constraints, it's not an issue. Alternatively, they have to keep a running tally (recap) of hours over the preceding seven or eight days to evaluate where they stand in relation to limits.

Jerrell takes less issue with the consecutive 1 a.m. to 5 a.m. rest periods—aimed at reducing driver fatigue—which some observers have suggested will paradoxically push more trucks onto busy roads during the day, thereby increasing safety concerns. But he believes FMCSA is sending out mixed signals, especially if the purpose of these new rules is to make trucking safer.

"Because the 34-hour restart is not mandatory, which is a positive, carriers and drivers are going back to recapping," Jerrell says. "When you recap, drivers gain their hours at midnight. So now they will be driving between 1 a.m. to 5 a.m."

When the driver shortage becomes an issue, the new Hours-of-Service rules will undoubtedly force trucking companies to optimize their networks and reconsider the way they serve shippers .

Because the appeals process has run its course, most carriers are resigned to the fact that this is the new reality. There may be some wishful optimism that Congress could conceivably put provisions in the next highway bill that would de-fund HOS enforcement. That isn't likely—nor is there any guarantee lawmakers could get highway legislation passed to begin with.

So carriers are going to have to adapt, says Jerrell. Many larger trucking companies were ready, having implemented electronic logs and training drivers on the new changes.

"Smaller carriers hoped something would happen to stop the new rules," he says. "Many were not prepared for them, and had to scramble at the end."

But Jerrell remains incredulous about how the new HOS rules will play out when the driver shortage becomes an issue, believing a perfect storm is brewing. The rules will undoubtedly force trucking companies to optimize their networks and reconsider the way they serve customers—which, he notes, could be a silver lining.

"Carriers will have to take a step back and re-analyze their customer base, and perhaps scorecard them on different factors: How much freight do they move? How well do they pay? How well do they fit traffic patterns? How do they treat drivers?" he says.

"They may have to start taking business away from some customers and feeding it to others. That's how they will remain profitable," he explains.

Amid all the confusion and uncertainty, one thing is clear for many carriers such as Ruan: the new HOS rules appear to be "a solution in search of a problem," as Gonnerman describes it.

"The doubtful safety benefits that could result from these rules come at the cost of valuable time and other resources," she adds. "The driving limitation could add significant costs to the economy, and push undue burden onto drivers."

"Food with integrity" has always been Chipotle Mexican Grill's pledge. The restaurant chain makes a concerted effort to source from local farmers. Consequently, consumers have demonstrated a willingness to pay more for fast food that adheres to higher quality standards.

Supply chain transparency is such a big part of the Denver-based company's brand that it features prominently on the ubiquitous brown menu: "We take pride in knowing where our food comes from. We look back along the supply chain, spend time on farms and ranches, and at the facilities where our food is grown, raised, and prepared. We believe in using meats from animals that are raised naturally, without hormones or antibiotics, and are fed a vegetarian diet. Naturally raised meats are in some of our restaurants. We're working hard to find more suppliers so we can expand to many more locations."

Chipotle is using naturally raised meats in some of its restaurants. There's the rub. And that understated disclaimer is increasingly conspicuous.

As the company looks to expand its presence, sourcing natural beef is a challenge. Facing stiffer competition from Taco Bell, which is making a similar quality run to capture market share, there's the uncomfortable reality that "all natural" may no longer be feasible.

As Inbound Logistics documented in Ethnic Foods Beef Up Supply Chain Challenges, the U.S. beef industry has hit a crossroads. Consumption is declining as economic pressures and changing consumer tastes choke demand. The U.S. cattle herd is the lowest it has been since 1952. Rising feed costs as a result of corn ethanol subsidies and recent drought conditions are hurting margins. And while domestic beef consumption continues to fall, export demand in emerging middle-class markets around the world is accelerating.

Chipotle is changing as well. The chain reports it considered modifying standards to allow beef treated with antibiotics into its restaurants as supply shortages continue to surface, according to a recent Bloomberg article.

"Under current protocol, all of our Responsibly Raised beef, chicken, and pork comes from animals that are never given antibiotics or added hormones," a Chipotle spokesperson tells Inbound Logistics. "At this time, our protocol allows the use of antibiotics to treat sick animals, but those animals must be removed from our supply. We have been considering a slight change that would allow animals that were treated with antibiotics for an illness to remain in our program."

Chipotle likely faces a conflict of perception among quality-conscious consumers. Having built a business reputation and consumer following based on integrity, the recognition that supply and demand realities are not always aligned with moral rhetoric is tough to swallow.

Taco Bell has already taken a bite out of Chipotle's customer base. In 2012, it introduced theCantina Bell menu created with the help ofcelebrity chef Lorena Garcia.

"Not only did that affect Chipotle's sales, but it also forced management to postpone menu price hikes," according to a blog by Boston-based stock analysis company Trefis. "Taco Bell has an advantage in terms of pricing. The burrito, as well as the Cantina Bowl—both part of the new menu—sell for $5 compared to $8 or $9 at Chipotle."

Taco Bell is coming from an enviable position. Economy has always been its trademark. Now the restaurant chain is pushing quality ingredients—a far easier leap because it's slowly raising expectations rather than having to live up to them. Whether Chipotle customers are willing to pay a higher price for product that may or may not meet requirements they have come to expect remains to be seen. When quality pinches purse strings, you find out fast how committed consumers really are.

There's also the consideration that if beef consumption continues to wane—as trends suggest—demand may eventually slacken enough to keep pace with supply. Or another menu item will fill the void. After all, Chipotle is already experimenting with a tofu burrito.

Priority Mail now provides scheduled delivery—one-day, two-day, or three-day based on the origin and destination of the package—as well as improved tracking. Additionally, the new service includes up to $100 of free insurance coverage in hopes of closing competitive gaps and meeting the growing needs of small businesses.

"Our revamped Priority Mail product line should be a game changer in the shipping marketplace," says Nagisa Manabe, chief marketing and sales officer for USPS.

The Postal Service's package business grew more than 14 percent over the past two years. This e-commerce-fueled trend is projected to continue for the next decade. Online consumers are expected to increase their spending by 62 percent by 2016, and U.S. e-commerce retail sales are expected to grow 41 percent to $370 billion annually by 2017.

"With e-commerce driving major changes in shipping habits, and consumers becoming more reliant on delivery services, the Postal Service can play an increasingly vital role as a driver of growth opportunities for America's businesses," adds Manabe.

Related Articles
Trends—January 2017The Slow, Steady Decline Of the Owner-Operator ModelCross-Border Trade is On a RollGlobal Logistics—July 2016Trends—June 2016Addressing Vendor Management and Shifting Global Trade CurrentsLifting the Fog on Extreme Caution DrivingThe Trials and Errors of Preventability DeterminationsThoughts on Independent Contractor PitfallsSupply Chains that Rock Around the Clock: Rock and Roll All Night More related articles...