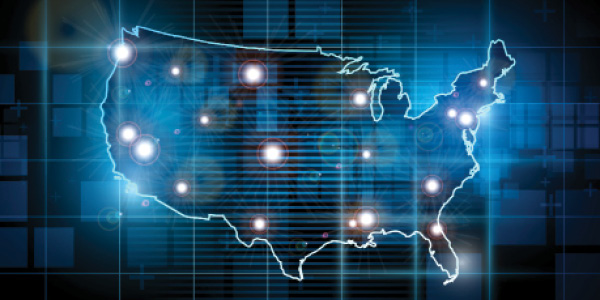 Ensuring adequate and affordable energy for new manufacturing and distribution facilities can challenge site selection teams. Many energy providers now offer resources to plug them into locations that will help their operations shine.

Thirty-seven percent of U.S. companies with production plants in China, for example, have either moved those operations back to America or are strongly considering doing so, according to a recent poll of manufacturing executives. Domestic production is once more becoming cost-competitive with offshore operations, creating a rise in demand for siting new manufacturing and distribution facilities with reliable power supplies in the United States.

"A perfect storm is brewing in the global marketplace," says Erik Dunnigan, commissioner of the department for business development at the Kentucky Cabinet for Economic Development, a Frankfort, Ky.-based organization that encourages new investment, job creation, and retention across the state. "The natural disasters that have taken place overseas in the past few years disrupted many supply chains.

"Those problems, combined with fluctuating economic conditions and currency rates internationally, mean more companies are considering coming back to the United States when siting new facilities," he adds.

"Utilities play a significant role in site selection, because a business planning to open a new facility needs reliable power at a reasonable price," says Rick Nelsen, economic development manager at Columbus, Neb.-based Nebraska Public Power District (NPPD), the state's largest electric utility. "Companies want to know the utilities they will eventually work with have a plan for the future, and will be able to meet their energy needs."

Energy often ranks among the most important factors when companies site new facilities. "Energy has a significant impact on day-to-day manufacturing operations, so it's an important part of the site selection equation," says Dunnigan. "When we are approached by a business looking to locate operations in Kentucky, we talk first with the local economic development association, then we get utilities providers engaged in the process."

Many utilities providers establish divisions to help site selectors find the best location for their business. For example, NPPD educates site selection teams about its current system capacity, and ensures economic development coordinators are on hand at all times to provide advice on future energy needs, including generation mix and transmission capabilities.

NPPD has been involved in economic development throughout its service area since its inception in the 1970s. The collaborative effort involves other public power organizations across the state, local and regional economic development groups, and the State of Nebraska Department of Economic Development.

"By working together, NPPD and its partners provide many varied resources that help position communities to not only attract new businesses, but also retain existing or expanding firms," says Nelsen. "All these opportunities ultimately help enhance the quality of life in Nebraska."

Bloomington, Ind.-based Hoosier Energy—a generation and transmission cooperative that provides electric power and services to 18 electric distribution cooperatives throughout Central and Southern Indiana and Illinois—offers similar help to site selection teams. The organization developed the Hoosier Energy Economic Development department to provide comprehensive economic development assistance throughout its service territory. Since its creation in 2008, the department's efforts have helped generate thousands of new jobs, $300 million in capital investment in member territories, and an estimated 25 megawatts of additional load.

"Not all of our target sectors fit in each community, so we have to hone in on the specific area's advantages," says Brenda Daniels, manager of economic development for ElectriCities, a Raleigh, N.C.-based organization whose membership includes public power communities in North Carolina, South Carolina, and Virginia. Automobile manufacturing and aerospace companies, for example, are particularly suited to the communities ElectriCities serves.

For states such as Indiana, Nebraska, Oregon, and Iowa, the key to growth lies in attracting companies that plan to build large data centers. Construction for large enterprise data centers in the United States is estimated to reach nearly $12 billion by 2015. These projects require plenty of reliable and cost-effective electricity, as well as proximity to water, and large areas of land to allow for privacy and security.

"Ten years ago, the ethanol industry had the greatest demand for space," says Nelsen. "Today, it is data centers. Several certified data center sites have already been established in Nebraska."

While energy costs rank high among concerns when a company is looking to site a new facility, reliability is often as important — if not more important — than cost.

"Even a momentary power failure could cause some companies to lose an entire queue of product," says Daniels. "Fortunately, the United States has a secure and reliable power solution that allows for redundancy and reliability."

The ability to provide backup generation in case of a power disruption is an important component in siting a new manufacturing or production facility. For example, two industrial parks in North Carolina provide onsite backup generation at no cost to tenants.

In 2010, NPPD spent $215 million on capital projects—including constructing a new transmission and distribution infrastructure, and a new operations center—to enhance reliability. "We want to ensure that the power is there when it's needed, and that we're capable of restoring power if we hit an occasional blip," Nelsen says.

Utilities are facing an additional concern: Intentional attacks against electric power systems have grown over the past several years, giving utilities another concern to manage. For example, in April 2013, a gunman fired a rifle at a Pacific Gas and Electric Company substation near San Jose, Calif. Other incidents in the past few years include sabotage; physical assault; disruption of sensors, information systems, and computer networks; tampering with process safety; disruption of fail-safe systems; and indirect attacks such as disruption of water, fuel, or key personnel. Companies siting new facilities should consider whether their future energy supplier has a physical security plan in place to protect the power supply.

The potential for weather disruptions is another consideration. "If reliability is a major factor for a company locating here, we can set up a new site with dual feeds and redundancy, and we can help locate the company in a place with the least probability for interruption," says Harold Gutzwiller, manager of economic development for Hoosier Energy.

Sustainability is another consideration when siting new facilities, with more companies looking to reduce their carbon footprint and introduce green initiatives. To anticipate federal and state mandates, many corporations have set timelines for reducing their reliance on fossil fuels, and increasing the percentage of energy derived from renewable or sustainable sources. In many cases, that means considering how their energy provider plans to do the same.

"In the past few years, companies looking to expand or relocate have begun considering not only the cost of electricity, but also the generation mix, especially as it relates to carbon footprint," says Nelsen. "Using a certain percentage of renewable or clean energy will likely become mandatory throughout the United States. Companies know this is coming, and they want to be prepared."

NPPD operates a highly diversified generation fleet that includes nuclear, fossil fuels, hydro, wind, oil, and gas. More than 40 percent of NPPD's generating resources are carbon-free, and the organization is more than halfway to its corporate goal of 10 percent renewable generation by 2020.

States that rely primarily on fossil fuels to meet their energy needs may have a harder time introducing clean energy initiatives. In some cases, they are getting creative. Hoosier Energy, for example, primarily relies on coal because it is located in a coal-rich area of Indiana. Using coal allows the organization to keep costs down, because transportation expenses to get coal to the power plants are minimal. But Hoosier Energy recently introduced a project that uses coal to produce clean energy without increasing transportation costs.

The project extracts coal bed methane gas from reserves located under Hoosier Energy's Merom Generating Station in Sullivan County, Ind. Similar technology has been used successfully in Australia and China, but this will be the first project in the United States to use coal bed methane to directly produce electric power.

"The methane escapes from the coal beds naturally," says Gutzwiller. "This project captures the methane before it escapes, and uses it to produce clean energy. The technology is unique, and it has great potential."

The project's initial phase is designed to generate 13 megawatts of clean electric energy, and shows potential for total generation of up to 26 megawatts.

Economic activity in the U.S. manufacturing sector expanded in July 2013 for the second consecutive month, while the overall economy grew for the 50th consecutive month, indicating stable demand and slowly improving business conditions, according to the Institute for Supply Management.

As U.S. manufacturing continues its upward trend, companies will be looking to site many new types of facilities. With energy such a critical consideration in the site selection process, companies can turn to utilities providers for assistance in finding productive and profitable locations.