If you don't file accurate import data with U.S. Customs and Border Protection, you put your company at risk for penalties and fines, warns Kevin Shoemaker, director, global solutions for Integration Point Inc. 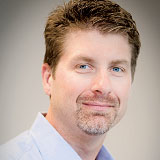 Considering the effort it took to comply with the Jan. 26, 2010, Importer Security Filing (ISF) mandate, it would be understandable if we adopted a “set it and forget it” mindset and assumed there was nothing left to do now that we’re all filing our ISFs. Unfortunately, it’s not that easy.

Any time you are required to submit data to U.S. Customs and Border Protection (CBP) pertaining to importing goods, there is an inherent understanding that it must be accurate. If it is not, then CBP will hold you— the importer— responsible.

The same expectation holds true for ISF— with one major exception. Successfully submitting the ISF filing does not end your responsibility as an importer. You must also ensure that the data elements common to both the ISF and the entry documents are the same on both documents.

Although ISF’s intent is security targeting and it is not to be used for compliance purposes, the CBP can compare ISF data against entry data to look for inconsistencies. Today, the ISF is filed via the Automated Broker Interface (ABI) or the Automated Manifest System, and the data is then sent to the Automated Targeting System (ATS) for analysis and review. The entry is sent via ABI to CBP, then to the Automated Commercial System (ACS) for review by Customs. ACS is not the end point for entry data, however— it is also pushed to ATS for additional targeting purposes.

What does all this mean? CBP now has the ability to view a shipment “holistically” and to compare shipment data filed on an ISF against data filed in an entry. In fact, as of late 2010, CBP is now validating ISF data against information contained in the entry.

Considering that many of the ISF data elements are identical to elements submitted for entry, it doesn’t take much to figure out what CBP is looking for when comparing data. Filing consistent, accurate data, coupled with having the ability to validate what was submitted, is the cornerstone to remaining compliant and flying below Customs’ radar.

Not having the ability to validate ISF and entry data only increases the possibility of additional fines assessed as a result of data not matching. Discrepancies found by CBP between the ISF and what is declared at entry may lead to the assessment of liquidated damages and/or penalties against the importer.

And, if Customs finds a mismatch between the ISF and the entry, it will expand its review of both sets of documents. If it finds additional inconsistencies, you may end up on the receiving end of a $5,000 Security Filing fine and/or a penalty on the actual entry.

Importers must be aware of the real possibility that the number and amount of the fines may increase if the Security Filing and the entry do not match. Consider the steps your company should take to prevent the possibility of submitting data that is not consistent across the two documents.

To complicate matters even more, this same scenario is about to play out in other countries as well. Programs similar to the ISF— such as Canada’s eManifest program and Europe’s Advance Cargo Security Filing— are on the horizon, and will pose many of the same issues and challenges when it comes to matching security filing and entry data.

Will you be proactive in ensuring that both sets of data match? Or will you wait until Customs informs you that it has found inconsistencies in your data?