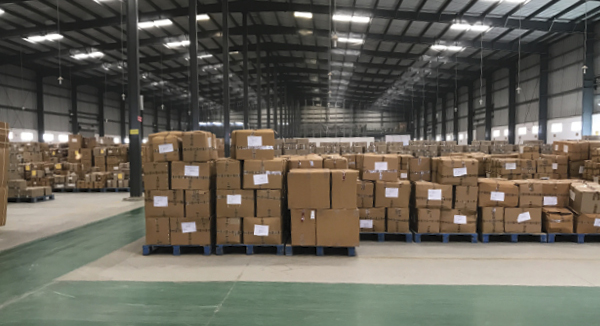 As part of its digital supply chain transformation, Amway implemented 50 strategic warehouse locations across the globe with JDA Software. And, in four months alone, 28 warehouse sites in India went live in record speed.

In 1959, Richard DeVos and Jay Van Andel launched Amway with a single product—a biodegradable and concentrated multi-purpose cleaner. From that modest start, Amway now offers about 500 nutrition, beauty, home, and energy and sports products in 100 countries. Its products are available through independent distributors known as Amway business owners, or ABOs. Amway ranks among the world's largest direct-selling companies.

While Amway has always sold directly to consumers, like many other businesses it has been challenged by the rise of Amazon and other e-commerce marketers. In the late 1990s, "the world started to digitize," says Marc Van Pruijssen, director, global shop/retail replenishment program with Amway. At the time, Amway was still processing many orders by phone.

What's more, a patchwork of standalone, homegrown systems drove Amway's supply chain. "We had little transparency," Van Pruijssen says, adding that the systems in place at the time wouldn't sustain the company through a changing competitive landscape.

The lack of consistency prompted Amway to shift to off-the-shelf, standardized solutions that together would form a cohesive digital platform across each region of the world, including the Americas, Europe, and India/Asia. By aligning its operations by region, Amway gained "more transparency and more opportunity to take control and create synergies," Van Pruijssen says.

In addition, as e-commerce sales continued to increase, Amway looked at opportunities to work more closely with its carriers, so it could provide customers more comprehensive delivery information. Aligning regional operations helped with the effort, as well.

Amway's digitization efforts have continued over the years, driven by changing business conditions and advancing technology. India is a case in point. Between November 2017 and late March 2018—a total of about four months—Amway India implemented a new warehouse management system (WMS) to handle inbound receipts, storage, order picking, packing, and shipping, as well as distribution and pick-up center replenishment.

The implementations normally would have taken more than twice as long. Why the aggressive timeline? Several years ago, Amway had 39 warehouses in India, driven in part by regulations in the country that required most companies to pay taxes when moving products from one state to another (India has 29 states and seven union territories). To minimize the inter-state taxes, Amway maintained at least one distribution center in each state.

In mid-2017, India replaced the state taxes with a national goods and services tax (GST). This shift allowed Amway "to reset our distribution network, because we were no longer forced to have a warehouse or a distribution center in each state," says Van Pruijssen. It made sense for Amway to wait until this change in the tax regime was complete before implementing a new WMS across its India operations.

At the same time, Amway India was just months from deploying a new Enterprise Resource Planning (ERP) system, with a fixed implementation date. Van Pruijssen and his colleagues needed the new WMS successfully running by the time it deployed the new ERP system.

The two events acted as bookends to the WMS implementation, leaving "limited available time for us to roll out the system aggressively," Van Pruijssen adds.

Van Pruijssen and his colleagues made it work by partnering with JDA Software Group, a Scottsdale, Arizona-based consultancy and provider of supply chain management, manufacturing planning, retail planning, store operations, and other software solutions.

Amway had previously implemented a warehouse management solution from RedPrairie, which merged with JDA in 2012. Amway also was working with JDA's fulfillment and inventory optimization solutions. The two companies have enjoyed a strong partnership, Van Pruijssen says.

One differentiating feature of JDA's technology is its extensibility capability, which means that customers can develop their own additional capabilities for the systems without having to consult JDA, says Peter Heuvel, senior solution advisor with JDA. For instance, Amway Netherlands photographs each order before it ships, and integrates the image within its JDA systems. If a claim later arises stating that some items are broken or missing, the company can show what was in the box at the outset.

To manage the implementation, Van Pruijssen acted as program director, while also calling on Amway's Supply Chain Center of Excellence. Amway India engaged Cognizant, an integration services company, to provide assistance. "These deployments are not just about implementing a system," Van Pruijssen adds. "They are also about redesigning and reengineering many of the warehouse's operational processes."

JDA has "an extended partner landscape across all our solutions," Heuvel says. The partners extend JDA's own services and capabilities, and can provide customers an extra pair of hands when needed.

Somewhat surprisingly, JDA itself wasn't involved in the India project. That's because the initial implementations of its solutions with Amway had already taken place years earlier. After the initial install, JDA typically is less involved.

"We welcome the fact that customers over time are able to embrace the solutions and roll out those systems without JDA's involvement," Heuvel says. 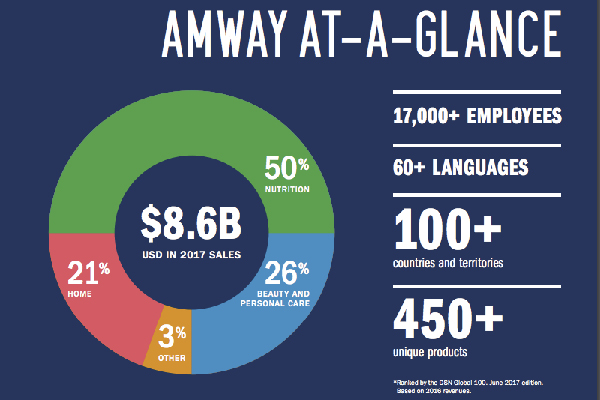 As with any significant technology implementation, effective change management is critical to success. That's especially true when the change will impose more discipline within a process. For example, the JDA WMS limits employees' abilities to do "workarounds," Van Pruijssen says. Previously, employees had more freedom to deviate from established processes. While most employees followed the correct processes, the few who didn't could throw off records and information.

In contrast, the new environment is "workflow-driven," Van Pruijssen says. The solution assigns tasks that must be completed within the system. If they're not, the system won't allow the affected orders to be shipped.

Along with enforcing more discipline, the solution has helped Amway better organize workflows within its warehouses. For instance, instead of employees going back and forth between the same two locations, their movements are combined, boosting efficiency.

The new WMS also eliminates the need for Amway to manually check each shipment—unpacking and then repacking every product to count and verify they're the correct ones. Now Amway can verify shipment accuracy by double-checking that the weight of the box and the products inside approaches the weight the WMS indicates is correct. "If the weights are in sync, we can just let the order go," Van Pruijssen says. That eliminates a lot of manual work.

In addition, the JDA system automatically generates shipping labels containing carrier information and the address of the respective Amway business owners. "In the past, people had to handwrite address details on the box," Van Pruijssen says. "The automatic shipping labels are an absolute gain."

These efficiencies add up, given that Amway India ships an average of several hundred thousand orders per month. "By making the whole fulfillment process more efficient, we are in a much better position to ship orders on the day that they are inserted into our system," Van Pruijssen says. Previously, order fulfillment could take two or three days.

Amway will continue implementing the JDA warehouse management system in other locations through 2018 and into next year. "We are satisfied with the tool and overall support we get from JDA," Van Pruijssen says. Amway also will begin deploying other JDA solutions, including JDA Demand and JDA Enterprise Supply Planning.

Ten to 15 years ago, most organizations invested in individual systems, says Heuvel. Today, more companies are investing in suites of products. "Amazon is challenging everybody," he adds. "Companies need to secure their spot in the marketplace by continuing to invest in modernizing their supply chain and IT landscape." That often requires coordinated solutions.

The benefits of the JDA warehouse management system implementation at Amway India include overall efficiency gains on several hundred orders shipped each month, driven by: