How to Manage Peak Season Variability 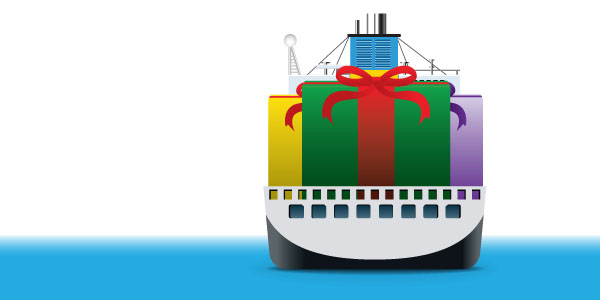 August is usually the busiest time of year for global manufacturers, retailers, steamship lines, and transportation and logistics intermediaries as they begin ramping up inventories and capacity to manage the holiday freight surge. In 2011, however, a sluggish economy, continuing changes in consumer buying habits, and leaner ocean carrier fleets conspired to toss peak season tradition aside.

Steamship lines are also making waves by arbitrarily taking capacity out of the market and idling vessels—a trend that began in 2009. In effect, they are reducing operational costs while artificially stimulating demand.

Many global ocean shippers have been conflicted about what to do. Some have decided they will no longer sign service contracts until the market evens out—especially after discovering the service contracts they signed during the previous cycle were 10 percent higher than the spot market.

When peak season surcharges first went into effect more than a decade ago, they followed a pattern. Large steamship lines set the rate in July and August, then smaller carriers discounted accordingly. When capacity dropped below a certain quota, the steamship lines reduced their surcharges and everyone else followed suit. It was a constant tug of war as the market fluctuated up and down. Eventually supply and demand balanced out.

Larger companies—the Walmarts of the world—have little to worry about. They carry so much volume that they are treated accordingly. Most receive capacity guarantees. If cost, capacity, or customer service becomes an issue, Tier I companies have no shortage of suitors.

Tier II importers, moving between 1,000 to 10,000 twenty-foot equivalent units (TEUs) each year, need to plan better. Keeping tabs on market dynamics through various media outlets is key. There are also online tools such as Zepol that allow shippers to find out how many containers competitors are bringing in and with whom. Market intelligence creates pricing leverage when shippers negotiate with carriers.

Tier II companies also leverage partnerships with non-vessel operators (NVOs) and third-party logistics providers to indirectly book freight with steamship lines. A shipper that is moving 7,000 TEUs a year may tender 5,000 TEUs to a steamship line, then split the remaining 2,000 TEUs between two NVOs to create additional flexibility.

Smaller Tier III shippers have to be even more creative. Many can't work directly with ocean carriers, and have to rely on intermediaries to find space. They may work exclusively with one NVO, or specify forwarders that deal with one steamship line or with a specific commodity type.

Some will sign a smaller service contract with an ocean carrier, then give the lion's share to an NVO. Others may split volume among multiple intermediaries—although this is not a preferred strategy. The purpose of an NVO, especially if a shipper isn't locked into a service commitment, is to leverage volume for better pricing. Tendering 90 percent of business to one intermediary and 10 percent to another provides flexibility while ensuring better economies of scale.