The Box That Rocked the Boat 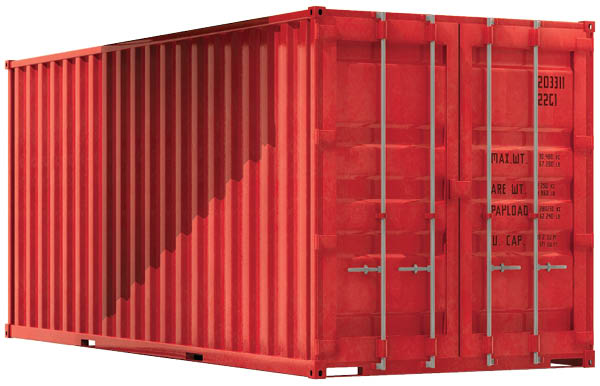 The emergence of containers in the 1950s sparked an ocean shipping revolution that reshaped ports, trade lanes, and the world economy. What other changes are on the horizon for this dynamic industry?

The most crucial ocean shipping innovation in modern times began with a frustrated trucker.

Sixty years ago, cargo traveled in breakbulk ships—vessels with large holds designed to carry items of all shapes and sizes. Loading and unloading shipments required a great deal of labor and time.

"Workers had to go into the hold, get each box and bag, and lift them out with a crane," says Thomas Finkbiner, a transportation consultant, senior chairman of the Intermodal Transportation Institute (ITI) at the University of Denver, and former president of Pacer Stacktrain.

Malcom McLean, owner of a trucking firm in North Carolina, got tired of waiting for days in port while longshoremen loaded or unloaded his trucks. He worked with an engineer to develop a steel box that could carry cargo quickly between truck and ship.

On April 26, 1956, a converted oil tanker called the Ideal X, owned by McLean, left Newark, N.J., carrying 58 loaded boxes. The ship sailed to Houston, where 58 power units carried the boxes to their destinations.

According to many historians, that voyage marked containerized shipping's debut. Global commerce would never be the same.

"Sea-Land was paid to move military cargo from the U.S. West Coast to Vietnam," says Theodore Prince, a transportation consultant, intermodal industry veteran, and ITI faculty member. "Then the ships sailed into China, Hong Kong, and Japan, picked up transistor radios, and brought them back to the United States."

Since then, containers have come to dominate ocean transportation. In 2009, North American ports handled nearly 44.3 million twenty-foot equivalent units (TEUs) of containerized cargo, according to the American Association of Port Authorities (AAPA).

Simple though they seem, those steel boxes—used today to transport everything from socks to high-end electronics—have changed practically every aspect of ocean transportation.

For one thing, containers reduced the risk inherent in ocean shipping, increasing the chances that a load would reach its destination intact.

"Because products were in a container, there was less chance of damage," Finkbiner says. "And there was almost no chance of cargo theft, because a thief would have to steal the whole container."

"Depending on the size of the ship and number of cranes, some vessels can be loaded and unloaded in one day," Keller says. "Even the largest ships turn around in a maximum of three days."

Such improvements have vastly reduced the cost of ocean shipping, enabling a world in which it's often much cheaper to import products from the other side of the globe than to make them at home.

Since the first voyage of the Ideal X, other important ocean shipping trends have emerged, many in response to containerization.

And shipping lines have developed more efficient ways to load those big vessels. One important innovation is the cellular containership, a vessel equipped with a grid of metal racks to hold containers.

"In the bigger ships, the grid reaches 13 stories high," says Finkbiner. "The racks enable more containers to be stowed on a ship, which lowers shipping costs." Vessels have also grown wider, allowing steamship lines to stack boxes 18 to 21 across.

Containerization and larger ships have made ocean transportation more efficient. Better use of information technology could take that progress one step further.

Containers themselves have also changed. "The first containers were mostly 35-footers," Finkel points out. Today, 20- and 40-foot containers are the standard, but some boxes measure 45 or 53 feet.

The industry also has developed specialized containers, such as those with built-in rods for hanging garments. "Expensive garments can ship hanging in the container, instead of being boxed, so they're ready to go right from the distribution center to the retailer's floor," Finkel says.

To handle larger ships and volumes, ports have evolved as well. Today's towering cranes can retrieve boxes from across an entire deck without repositioning. Those cranes are expensive, Finkbiner says, "but they're extremely efficient in terms of the number of containers they can move per hour." That, too, cuts ocean shipping costs.

Containerization also has changed the size and location of ports. "In the old days, when ships were relatively small and all breakbulk, cargo operations tended to be centered in downtown areas," says Rex Sherman, director of research and information services at the AAPA in Alexandria, Va.

Activity focused on locations such as Manhattan Island and Baltimore's Inner Harbor. But as ships grew to accommodate more containers, and terminals required more room for those boxes, ports gravitated to the outskirts, where there was room to expand.

For some ports, the growth in container shipping and in ships themselves has prompted some major improvement projects. "The bigger the vessel, the deeper the draft," Finkbiner says. "That requires ports to be dredged—currently up to 50 feet."

As some ports refashioned themselves to accommodate containers, and others did not, sailing schedules changed significantly. "In the past, carriers would go wherever the cargo was," says Prince.

A ship might unload in one port, then meander among several others, picking up cargo until it was full. When containers took hold, steamship companies implemented fixed schedules, calling certain ports—those with the space, cranes, and other necessary facilities—on certain days of the week.

Another result of containerization was the rise of intermodal transportation. Companies that booked cargo with shipping lines used to contract simply for the water crossing, turning to other service providers for the truck or rail transport they required. That started to change in the late 1970s.

"Today, the majority of transportation moves are door-to-door," Finkel says, with ocean carriers contracting to provide a complete trip via multiple modes.

"Double-stacked railcars are as important to North American trade practices as the invention of containers," says Prince.

Looking toward ocean shipping's future, most observers see a fleet of larger ships steaming toward them. "Maersk is ordering ships in the 18,000-TEU range," says Keller.

But size has its practical limits. "Many ports can't handle larger ships," he adds. "Plus, unless the loading and unloading technology changes, those ships could sit in port for three to five days."

The 18,000-TEU vessels won't fit through the newly expanded Panama Canal, which is due to open in 2014. But as that channel starts to accommodate ships of 10,000 TEUs and more, shipping patterns in North America will evolve in response.

"All the East Coast ports hope to become the port of preference in 2014, when the Canal allows for deeper, bigger ships," says Prince. New York and Savannah might have an edge in that competition because they're the only East Coast ports served by competing railroads.

Another change on the horizon involves ocean carriers' commitment to providing intermodal services. "The steamship lines have decided to go back to being responsible just for the haulage between the origin and destination ports, because the rest is too expensive for them," Finkbiner says.

One consequence of that decision is that fewer shipping lines are providing customers with chassis—the flat trailers used to haul containers over the road.

In the next few years, all carriers will likely stop providing chassis as part of their service, leaving shippers to obtain that equipment from chassis leasing companies or chassis pools at an extra cost, says Don Pisano, vice president at American Coffee Corporation, a Jersey City, N.J.-based importer of green coffee beans. Pisano also chairs the ocean transportation committee of the National Industrial Transportation League (NITL).

"The frustration for shippers is that the industry is not changing all at the same time, even within the same ports," Pisano says. Some carriers have stopped providing chassis, while some still offer them, creating issues when imports arrive at distribution centers or public warehouses.

"It's no longer first-in, first-unloaded and returned," Pisano says. Such inconsistencies make it harder for shippers to plan their operations.

Another emerging issue is the high cost of fuel. Some ocean carriers have turned to "slow steaming," operating vessels at lower speeds to save money by consuming less fuel.

Whether shippers benefit from those savings is the subject of much debate. "Shippers are forced to absorb a slightly longer transit time, and there's a cost to that," Pisano explains.

Prices of many commodities—such as the coffee beans that American Coffee Corp. imports—have spiked in recent months, so importers want to get their products to market as fast as possible. Slow steaming doesn't help.

"Shippers are being affected by a dramatic increase in commodity prices at the same time they are now carrying that cost for an extra few days," Pisano says. The extra carrying costs might wipe out any transportation savings that slow steaming provides.

One area where ocean shipping – much as just about every other industry – has seen vast improvements in recent decades is the ease with which trading partners can share information.

Will Pasco, managing director of the Mid-Atlantic Shippers' Association, hopes the industry will take even better advantage of the Internet and other data services in the future.

Today, when a problem occurs in a supply chain, the shipper doesn't always get the news right away. "Shippers may hear about an issue from a customer before the shipping line reports it," Pasco says. If carriers, port operators, and other service providers could better synchronize their information systems, shippers would gain a great deal.

Containerization and larger ships have made ocean transportation more efficient, and better use of information technology could take that progress one step further, says Pasco, whose member-owned association negotiates ocean rates on behalf of shippers and non-vessel-owning common carriers. "Technology use could provide the next paradigm shift," he says.

Along with other big concerns—cargo security, piracy, and environmental issues, for example—cost drivers such as vessel size, fuel prices, time vs. price calculations, and the uncertain state of the world economy will give shippers and carriers sleepless nights for a long time to come.

"The industry is undergoing radical change because of price fluctuations," Finkbiner says.

In an industry that transformed world commerce simply by embracing a metal box, however, further change may well signify a prosperous future.