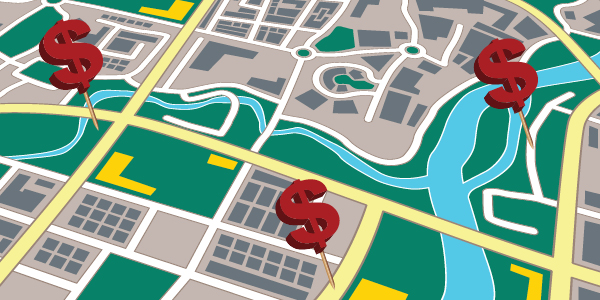 Promises to repair, restore, and improve U.S. infrastructure became one of Donald Trump's primary campaign themes. Now that his term has officially begun, his administration has taken steps to follow through on those promises. The President's team created a list of 50 infrastructure projects that will be a top funding priority.

The proposed $137.5 billion in projects contained in a list presented to the National Governor's Association features a wide array of electric, transit, waterway, air, and highway projects. A similar document proposing a nearly identical list of projects funded 50/50 by public-private partnerships is also circling Congress and the business community, according to documents obtained by McClatchy's Kansas City Star and The News Tribune.

See the chart for some projects pertaining directly to cargo transport.

Wherever someone is trying to make an honest buck, someone else is probably trying to make a dishonest one. Cargo theft accounted for more than $175 million in lost goods in 2015, according to a report by analytics firm CargoNet and third-party logistics firm AFN Logistics. The report analyzes cargo theft data between July 1, 2013 and July 1, 2016.

It’s up to everyone from the truck driver to the warehouse employee, all the way to the vice president of supply chain, to make sure goods are stored and transported as safely as possible to minimize loss.

The good news is that companies can take firm measures to slow cargo theft. These measures include:

The following 10 counties reported the highest number of cargo theft incidents. Companies operating in these areas should be especially wary.

Within these counties, cargo theft incidents recurred in the following locations:

When shippers were asked if they felt shipping volumes would increase or decrease in 2017, the results were slightly more optimistic than the previous year.

When shippers were asked if they felt shipping volumes would increase or decrease in 2017, the results were slightly more optimistic than the previous year.

State of the Supply Chain

The supply chain outlook is relatively optimistic. That sums up the 2017 State of the North America Supply Chain survey by logistics provider Averitt Express, which surveyed 2,200 shippers from myriad industries in late 2016. Shipper confidence took a healthy jump, with 73 percent of shippers expressing certainty that shipping volumes will increase in 2017, up from 68 percent in 2016. Increased gross domestic product in the third quarter and promising retail sales figures for the peak holiday season have shippers feeling bright as they ride the positive wave into the new year.

The outlook for rail services doesn’t look quite as optimistic, however. While the decrease in respondents who say they will use intermodal services in 2017 was only 4 percent, the number who selected “no” instead of “interested” dropped by a sharp 17 percent. This reflects Intermodal Association of North America data that shows total intermodal volume fell 4.6 percent year-over-year in the third quarter of 2016. As such, rail will likely have a rough start in 2017, but in response, shippers should see lower rates for intermodal offerings down the line.

Looking back at 2016, the diversity of supply chain services used by shippers decreased. Despite that fact, expedited air, flatbed, and dedicated services all posted minor gains. Additionally, shippers state that they still suffer adversely from the driver shortage, which caused capacity issues at a similar rate to 2015.

Other service performance issues also remained about the same as 2015, suggesting that shippers and logistics providers must continue working together to improve.

Related Articles
Turn to Technology to Attract the Next Generation of WorkersTransparency to Efficiency: How IoT Can Increase the Productivity of Your Transportation (Sponsored)5 Hacks for Recruiting in Supply Chain ManagementTrends—March 2017Extending the Life Sciences and Pharmaceutical Supply ChainWalmart’s ShippingPass Has Ended. What Retailers Should Do Next.Supply Chain in the Cloud: How Tech Is Reshaping LogisticsBuild-A-BoxCaldwell Hospital Gets a Lean Bill of HealthHold On Tight! More related articles...