The capacity crunch that has plagued the trucking industry since 2013 appears to be easing as poor economic growth in the fourth quarter of 2015 has trucking companies lowering their freight estimates.

Only one-third of carriers expect to have any increase in freight volume in 2016, according to the Business Expectations Survey by Transport Capital Partners (TCP). About half of those surveyed expect freight levels to remain unchanged, and only one-sixth of respondents expect a decrease in the volume of cargo they'll move in the year ahead.

Despite the American Trucking Associations' prediction that the industry will be short by more than 73,000 drivers by the end of 2016, the freight slowdown is expected to reduce driver wage increases. After wage increases averaging nearly 12 percent in 2015, 70 percent of carriers surveyed by TCP now expect 2016 increases to fall in the one- to five-percent range. In fact, 22 percent of carriers expect to give no raises at all to their drivers.

"Carriers are in a tactical seasonal strategy—the first quarter being weak in loads, more drivers being available from construction in northern climates, and deep cutbacks in truck purchases over the last few months," says TCP Partner Richard Mikes. "The longer-term struggle between business caution and the need to improve driver staffing via driver wage levels will be interesting to watch in 2016."

The freight slowdown shouldn't be seen as a sign of worse times to come, however. "While volume and rate expectations have tumbled, there is still no fear of a looming recession in these results," says Steven Dutro, a TCP partner.

As we get deeper into 2016, you can stay ahead of the competition, grow your business, and deliver for your customers by leveraging the following opportunities:

The rise of e-commerce, combined with advances in shipping and logistics, allows even small organizations to reach customers abroad. Nearly 300,000 American businesses engage in global trade, according to the Department of Commerce's International Trade Administration, and trade activity accounts for more than 28 percent of U.S. GDP, reports the U.S. Chamber of Commerce. Expect these numbers to increase in the year ahead.

What does the TPP mean for your business in 2016? If approved by Congress, the agreement would make it faster, easier, and more affordable to move goods between participating countries. U.S. companies could gain an expanded customer base, a more dynamic supply chain, and new opportunities to source affordable materials from partner nations.

The TPP is not the only major international trade agreement in the works. Looking eastward to the European Union, the Transatlantic Trade and Investment Partnership (TTIP) could create the world's largest free trade zone.

Many analysts predict that the United States and European Union will move closer to completing TTIP negotiations in 2016. This agreement could affect more than 60 percent of global trade, harmonize many regulatory rules between the two regions, and create greater market access to an estimated 800 million consumers.

Why is supply chain sustainability important? While your carbon footprint may seem well defined, all the products you ship and receive make the impact more difficult to measure. To get your shipping and logistics on a greener path, choose eco-friendly partners, pay attention to packaging, and make sure you can access data to accurately assess your carbon footprint.

U.S. companies that nearshore do not always replace overseas manufacturing capabilities altogether, but sometimes expand with new operations in Mexico or Canada. Forces driving this change include more affordable shipping with nearshoring, and increased business costs in certain overseas countries.

The report also outlines the challenges to m-commerce growth, noting that smartphones are the source for one-third of retail web traffic, but only 11 percent of sales. To succeed in this environment, companies need to ensure that their mobile commerce platforms and logistics operations remain up to the task. 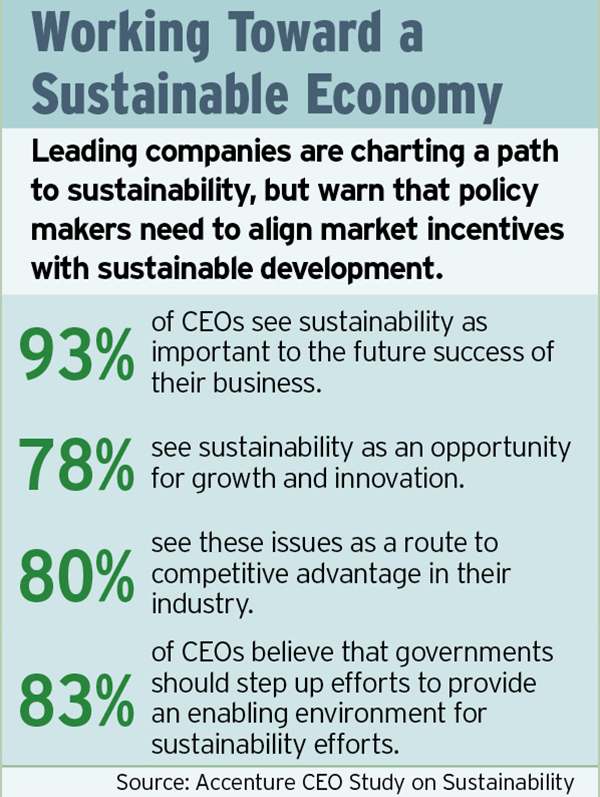 President Obama wants to add a $10 tax to every barrel of oil to raise money to begin implementing a cleaner transportation system within the United States. The proposed tax would raise more than $32 billion in additional funds, which the White House claims will not only help maintain current transportation infrastructure, but also fund new rail corridors, highway projects, and pilots for cleaner transportation initiatives, such as self-driving vehicles.

The proposed tax, which oil companies would pay, would be phased in over five years. "We recognize that oil companies would likely pass on some of the cost," says Jeff Zients, a White House economic advisor. The tax would add approximately 25 cents per gallon at the pump, on top of the 14-cents-per-gallon tax that already exists.

The oil tax was part of the final 2017 budget proposal that the president submitted to Congress. The proposal also includes a doubling of funds for clean energy research, as well as incentives to encourage state and local governments and the transportation industry to reduce dependence on fossil fuels and find ways to use cleaner energy.

Analysts widely agree that the $305-billion bipartisan transportation bill passed in December 2015 is merely a stopgap, and that additional funding must be found if U.S. transportation infrastructure is to be not only maintained, but improved. "For too long there has been strong bipartisan agreement that we need more funding for infrastructure, but that hasn't been accompanied by the political will on how to pay for it," says Zients.

Congress is expected to reject the tax. "The president should be proposing policies to grow our economy instead of sacrificing it to appease progressive climate activists," said Speaker of the House Paul Ryan (R-WI) in a public statement. "The good news is, this plan is little more than an election-year distraction."