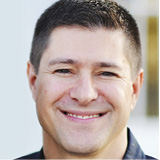 Shoppers have embraced e-commerce, and, for retailers, it has been a boon. The volume of products that people are buying online is skyrocketing. U.S. retail e-commerce sales for the second quarter of 2015 totaled nearly $84 billion, an increase of 14.1 percent from the same period in 2014, according to the Department of Commerce's Census Bureau.

For shippers, the rapid rise in e-commerce has been a mixed blessing. While increased shipping volumes mean greater revenues, many shippers have been caught flat-footed by the dynamic changes in the marketplace, leading to more than a few missteps and missed opportunities.

Not only are companies handling more parcels, they are also doing so with customers increasingly expecting faster shipments.

To address these issues of speed and volume, many shippers have turned to a solution they've leaned on in the past: adding staff for parcel sorting. But that simply may not be enough anymore. It only increases the opportunity for error and is far from a long-term answer. In 2015, the better solution is automation.

Automation in parcel sorting can bring four distinct advantages that not only help shippers process an increasing load of parcels more quickly, but can also provide company executives data they need to improve efficiencies and lower costs.

If shippers are going to have a conversation about automation—and, clearly, they should—now is the time to do it. It's time for frank talk and real analysis of your holiday season performance. What do you handle well? Where are the difficulties? What could you improve?

Having those conversations and embracing the need for automation can lead to fewer misrouted packages, disappointed customers, and frustrated clients.

Transitioning to automation doesn't necessarily mean a rip and replace of all existing equipment. You can approach it strategically.

As companies look to shift away from hub-and-spoke models, one good place to start can be to automate parcel sorting at local and regional distribution centers. In the past, the volumes at such centers may not have justified automation. But as e-commerce continues to surge, the case for automation is now too compelling to ignore.