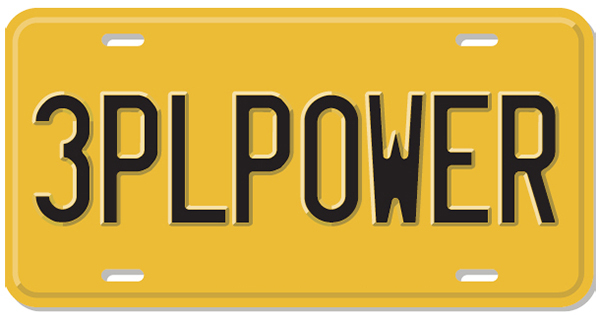 Whether brand new, solidly up and running, or decades old, shipper-3PL partnerships thrive on open communications, flexibility, and trust.

A strong connection with a third-party logistics (3PL) company can make all the difference in your supply chain operations. When shippers and 3PLs function as partners, they jointly tackle challenges, devise innovative strategies, spot new opportunities, and respond nimbly to the ups and downs of daily operations.

Partnerships evolve over time. We visited with 3PLs and shippers at three different stages—a pair that has just started to work together, one that recently reunited after a hiatus, and one that has enjoyed a productive bond for nearly two decades.

At each stage, there's something to learn about how to work together to achieve the best results.

Plugged In, Ready to Go

To manage transportation of its SOLO three-wheeled electric car, Electra Meccanica partnered with 3PL Crane Worldwide, which devised a unique racking system that fits six vehicles in an intermodal container.

In summer 2019, a new kind of car will hit the road in southern California. Sold by startup Electra Meccanica Vehicles Corporation of Vancouver, British Columbia, the SOLO is a three-wheeled, single-seat electric vehicle that promises a range of 100 miles and a full charge in three hours.

Electra Meccanica manufactures the SOLO in Chongqing, China. The first shipment of production vehicles will land in Los Angeles in August 2019, bound for a showroom in Studio City, California. To manage the SOLO's door-to-door transportation, Electra Meccanica chose Crane Worldwide Logistics, a global 3PL based in Houston.

The SOLO posed an interesting transportation challenge. "Traditionally, finished vehicles are sent in a roll-on, roll-off solution from continent to continent," says Michael Labadie, vice president and global lead, automotive and industrial sector, at Crane Worldwide. But given the SOLO's size and shape, the shipper and 3PL decided it was more effective and less expensive to use intermodal containers.

The Electra Meccanica team first assumed they could fit four SOLOs in one container. But Crane Worldwide worked with a partner company to develop a racking system that can carry at least six vehicles in a box. "This solution made things easier from a cost perspective and from the ability to move more cars quickly," says Cherrill Tyre, senior operations specialist at Electra Meccanica.

Electra Meccanica also needed a creative way to get cars to the showroom. "We don't have a footprint available to load and unload containers at our Studio City location," says Tyre. And the SOLO's unusual configuration ruled out a conventional auto transport trailer. So Crane Worldwide arranged to have containers hauled to a facility in Buena Park, California, and then transload them into dry vans with special handling equipment for the trip to the dealership.

Electra Meccanica chose Crane Worldwide as its 3PL in summer 2018. The partnership started with a detailed implementation process, led by a Crane Worldwide project manager. The process considered not only standard operating procedures, but also how to respond to potential problems. "Crane knew the right questions to ask," says Tyre.

People at Crane Worldwide sometimes joke that the project management office's job is to "end the honeymoon," Labadie says. "They try not to build the go-forward process with the assumption that everything's going to be perfect, but to build contingency plans for things that can be a problem."

Project managers also keep an eye on the client's future goals. "We make a point of understanding what success looks like to the client, and what their next five and 10 years will be," Labadie says. Crane Worldwide also holds quarterly business reviews with each client to make sure its performance matches that company's criteria for success.

When Crane Worldwide works with an engineering-focused client like Electra Meccanica, often one key to success is making sure the client understands logistics basics. "We explain transit times and the mechanics of packaging, moving, shipping, receiving, and importing," Labadie says.

For shippers, it's important to consider more than price when choosing a partner. "Price is important, of course," says Fred Wang, Electra Meccanica's production manager. "But so are many other intangibles—the structure of the implementation process, the open communication we constantly have with Crane, the structure of the meetings."

Another critical factor to consider is how the shipper will communicate with the 3PL's account team. "Who are the stakeholders on my vendor team? Who am I interacting with directly?" Tyre asks. "Clear communication ensures there's no overlap and no items that might have been missed."

Siemens Gamesa Renewable Energy (SGRE) is one of several wind energy turbine manufacturers that started working with Loup Logistics in 2008. A wholly owned subsidiary of Class I railroad Union Pacific (UP), Loup has developed a network of specialized distribution centers known as wind railports, where original equipment manufacturers (OEMs) send wind turbine components by rail. Loup then arranges to offload components from the rail cars and load them onto trucks for transportation to OEMs' customers at their construction sites.

SGRE, based in Zamudio, Vizcaya, Spain, has manufacturing plants in Fort Madison, Iowa, and Hutchinson, Kansas. Components flow into Loup's railports from those locations, from SGRE factories abroad, and from third-party suppliers throughout the United States.

By 2011, SGRE had become one of Loup's biggest wind industry customers by volume. But in subsequent years, as trucking rates fell and SGRE started serving many customers close to its factories, it stopped using rail and therefore stopped working with Loup.

Some years later, circumstances changed again and SGRE was ready to return to rail. Unfortunately, the railroads weren't quite ready for SGRE. "An equipment shortage hindered our ability to use rail in 2017 and 2018," says Felipe Cecilio, rail coordinator at SGRE North America. "But then Loup and Union Pacific made a commitment to support us."

Loup and UP worked with SGRE to forecast shipping volumes and equipment needs. "We were able to internally sell the idea and externally work with them to get the equipment they needed to start moving business again in 2019," says Elizabeth Leddy, manager, carload sales at Loup Logistics in Omaha.

This is just one example of how SGRE and Loup collaborate to clear away obstacles. Another opportunity arose in spring 2019, when heavy flooding cut off access to SGRE's plant in Fort Madison. SGRE runs its own distribution center at that site, which had been receiving turbine blades from a supplier in another state, transported on a railroad other than UP.

To get blades to customers on time, Loup offered to receive SGRE's blades at its wind railport in Newton, Iowa. "It was a collective effort between the short line that serves our facility, our operator that was running the site, and SGRE," Leddy says. Among other things, Loup had to ensure the site—used at the time only for outbound rail transportation—had the equipment needed to unload blades from rail cars.

To keep operations humming, SGRE holds daily conference calls with all its suppliers, including Loup, which also provides a daily report on activity at the distribution centers.

Loup and SGRE hold a kickoff meeting before starting any new project. They also meet twice a year to discuss recent performance and future business opportunities. Loup also solicits feedback on its performance through an annual customer survey.

This commitment to honest communication is important to any successful shipper-3PL relationship. "Coming up with solutions that benefit both companies, and keeping an open mind and open communication are key to success," says Cecilio.

In a rapidly changing environment, strategies that brought success in the past might not always work in the future. "We need to be open to new ideas or products that will move us forward," says Brian Siegman, director of carload sales at Loup Logistics. "Open communication, whether it be about pain points or opportunities, is a key element in driving progress."

Loyalty Through the Years

David Wozniak and Andy Hafertepe have worked together for about 20 years. Wozniak is marketing director at Taraca Pacific, a small firm based in Virginia Beach, Virginia, and San Francisco that imports and sells plywood. Hafertepe is divisional vice president at Echo Global Logistics in Chicago. But when he and Wozniak first met, Hafertepe and his group worked for a company called American Backhaulers.

The two stuck together through several mergers and acquisitions, most recently when Echo acquired Command Transportation in 2015.

Behind this long partnership is a set of close personal relationships. "When somebody knows your business and what your needs are, they cater to that," says Wozniak. "Andy and his group have always done that."

Echo's main job for Taraca today is to manage distribution to a large home center retailer with locations throughout the United States. Echo holds the inventory in third-party warehouses located around the country. "And then they manage the trucking out of each of those locations," Wozniak says. "We have an inventory set up, we carry backstock, and we ship daily to our large retailer as well as to other customers."

The 3PL team developed and improved that distribution network over time. "We started getting the rates down and getting the best carriers," Hafertepe says.

When Hafertepe's team became part of Echo, one big change Taraca saw was access to Echo's in-house information technology. "That allowed us to have more controlled inventory management, and a system whereby we could order trucks right through their website," Wozniak says. Taraca and Echo also started using electronic data interchange (EDI).

Recent trade conflicts have posed new challenges for the Taraca-Echo partnership. Taraca has traditionally sourced plywood from China. When the United States imposed tariffs on goods from that country in 2018, Taraca began to develop sources in other countries. It asked Echo for help with its evolving supply chain.

Echo quickly helped Taraca find additional, reasonably priced storage in ports where it was needed. "A lot of our changes had to be made on the fly," Wozniak says. "The information was coming in the middle of the night from the White House, so we didn't always know exactly what was going to happen when."

Hafertepe's team has also helped with simpler challenges. Once, a large customer told Taraca it wanted to add 4x4-foot panels to go with the 4x8-foot panels that Taraca currently supplied. To get that program going sooner, with a large inventory of the 4x8-foot product already in the United States, the logistics team brought saws to five warehouses and got to work.

"We took Taraca's 8-foot SKU, cut the sheets in half, labeled and repackaged them, and Taraca was in business a lot sooner," Hafertepe says.

According to Wozniak and Hafertepe, two keys to a successful shipper-3PL partnership are communication and trust. Those values are critical, for example, when discussing freight rates. Prices rise and fall with market conditions, Wozniak says, and he trusts Echo to give him the best rates available at the moment.

"We do check—we look elsewhere from time to time," he says. "I've never found Echo not to be up to date on the market situation."

All customers call around to spot-check prevailing rates on occasion. "When I go to sleep at night, I want to know that if Wozniak calls five other carriers for rates, that I'm within $50," Hafertepe says.

Open communication and a sense of loyalty have deepened the relationship between the shipper and 3PL teams over the years. "We're friends now," says Hafertepe. "If you can get to that point as a customer or a 3PL, it makes work so much easier."